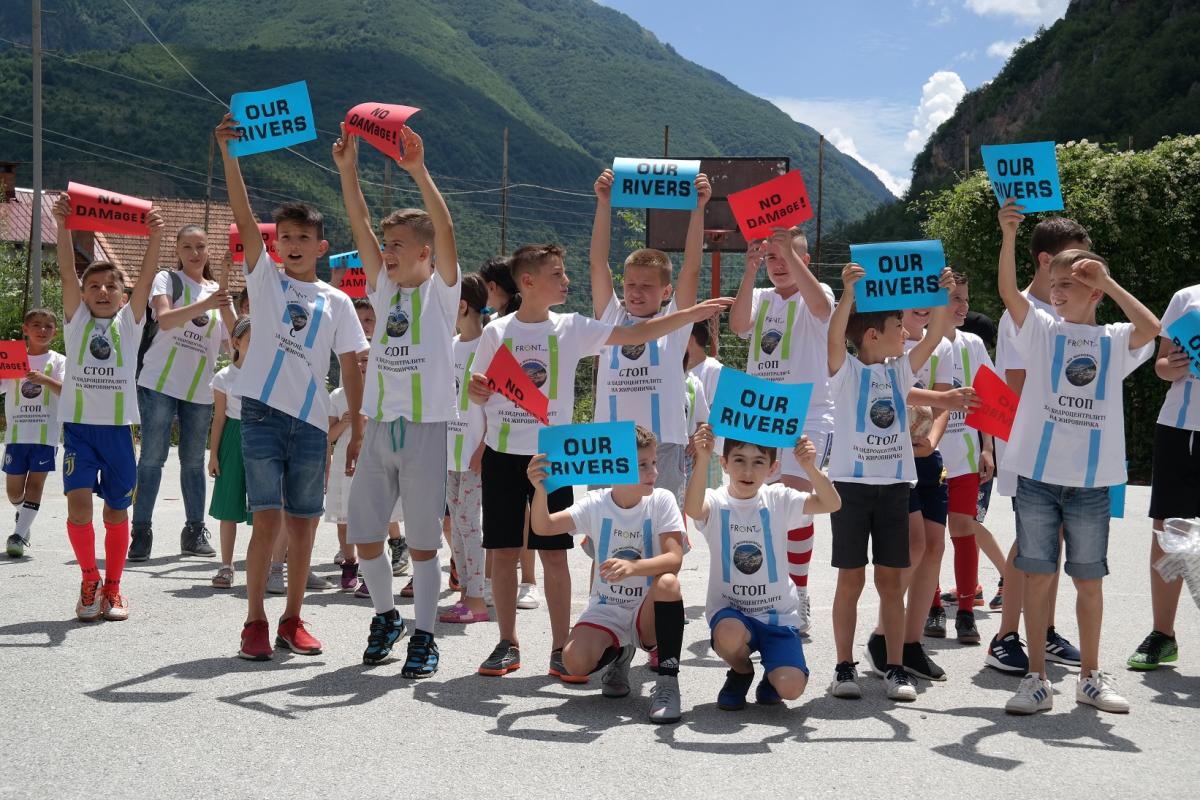 Radolfzell, Vienna. 18. July 2019 – From July 6 to 16, 2019 around 1000 people took part in protests in Albania, Serbia, Montenegro, North Macedonia, Kosovo, Slovenia, Bosnia-Herzegovina and Greece against hydropower expansion on the Balkan rivers. With banners and posters, they walked through the centres of their capitals or gathered for full-throated protests along their rivers. Sometimes the demonstrators brought drinking water from their communities to draw attention to the threat hydropower expansion poses to their basis of life. The protests were organised by local partner organisations of the nature conservation organisations EuroNatur and Riverwatch, who jointly coordinate the ‘Save the Blue Heart of Europe’ campaign to protect the rivers in the Balkan.

“Thousands of people are affected by the projected dam tsunami in South-East Europe. They would lose their arable lands, their drinking water supply, and above all an essential part of their home countries. Nonetheless they don’t receive information about the projects and their complaints are being ignored by politicians. People are sick of it and increasingly take to the streets. Rightly so!” says Ulrich Eichelmann, CEO of Riverwatch. Read some of their heart-rendering stories HERE

The local residents, some of whom came from remote regions of their countries to attend the rallies, are determined to protect their rivers. “The action weeks also serve to make those affected by a project seen and heard, and to support them in their struggle against the hydropower lobby. The protesters’ determination shows that the battle for free-flowing rivers unites people”, says Gabriel Schwaderer, CEO of EuroNatur.

Find all photos in our EVENT GALLERY