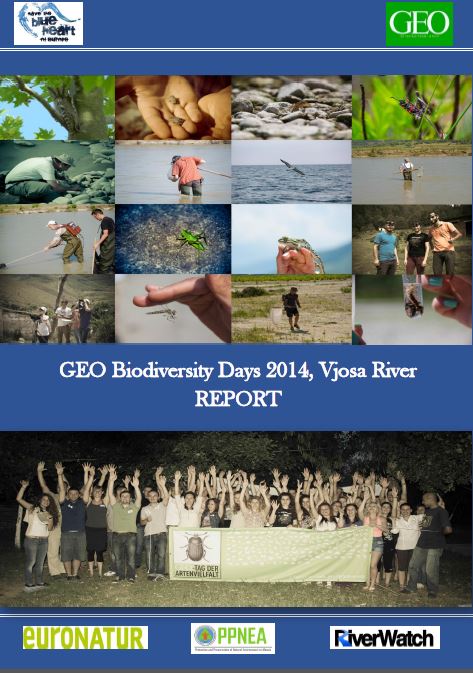 Between June 13th-15th, the Geo Days of Biodiversity took place at the Vjosa River in Albania. Approximately 70 participants were engaged in three days of field camp: biodiversity experts, student volunteers, journalists, celebrities and mayors of municipalities within the Vjosa basin.

Of the more than 400 species identified, ten percent are classified as threatened, rare or endemic, many of which are protected by international conventions according to IUCN and the Albanian Red List. Key findings included first records of species for both Albania and the Balkan Peninsula: the spider Devade tenella was first sighted on the Balkan Peninsula and eleven spider species were first recorded as part of the Albanian spider fauna. The second only sighting of a Myotis bechsteinii bat colony as well as rare bird species, which nest and breed in the Vjosa valley, were documented and are amongst the most impressive results.

Find all findings in the scientific report

Also find the gallery and the video of the GEO Days.