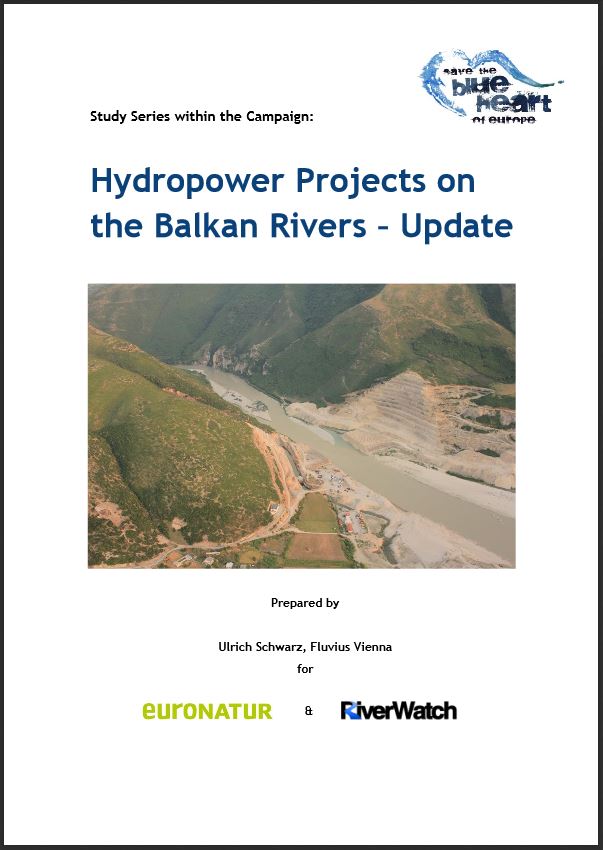 In a follow-up study of the initial "Hydromorphological Status and Dam Projects" study from 2012 (U. Schwarz), we included small hydropower plants as well, when previously only those over 1 MW were recorded. A total of 2,683 future hydropower projects have been recorded on the Balkan Peninsula.  Additionally, 714 existing dams were found in this region. Based on four size categories the 2,683 planned HPPs are distributed as follows: 68 very large projects (> 50 MW), 178 large projects (10-50 MW), 867 medium projects (1-<10 MW) and 1,570 small projects (0.1-< 1 MW) were identified.

The full study can be downloaded here: Hydropower Projects on the Balkan Rivers – Update - Full Study

The new data is already included in the interactive map: