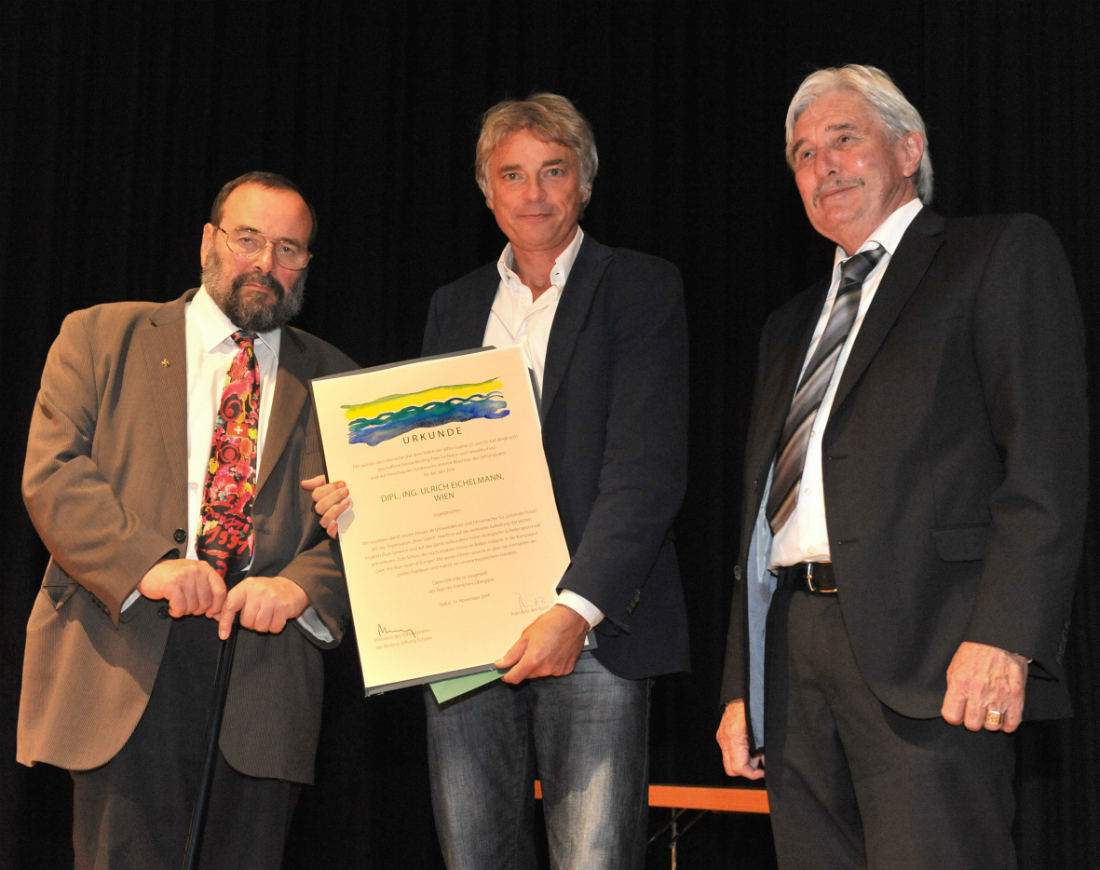 Last night, Riverwatch CEO Ulrich Eichelmann and coordinator of the Blue Heart of Europe campaign was awarded one of the most significant environmental awards of Europe, the “Great Binding Prize for Nature Conservation”, in Vaduz/Liechtenstein. He received this honor for his international commitment to the protection of rivers and is successor to renowned personalities such as former German minister of the environment and executive director at UNDP Klaus Töpfer, bishop Erwin Kräutler, inventor of the ecological footprint Mathis Wackernagel, or eco-warrior Bruno Manser. “This is a big honor for me. I consider this prize as a motivation to keep advocating passionately for rivers and to remain a pain in the neck for everyone intending to destroy our lifelines”, says Ulrich Eichelmann

The ceremony with 300 invited guests took place on Friday night in Vaduz. “The 29th Big Binding Prize for Nature Conservation is awarded to a personality who renders outstanding services to the European natural heritage of rivers” argues the Binding Foundation. The foundation’s intention with this prize is to support the ongoing campaign for the protection of the rivers on the Balkans from destruction by hydropower. 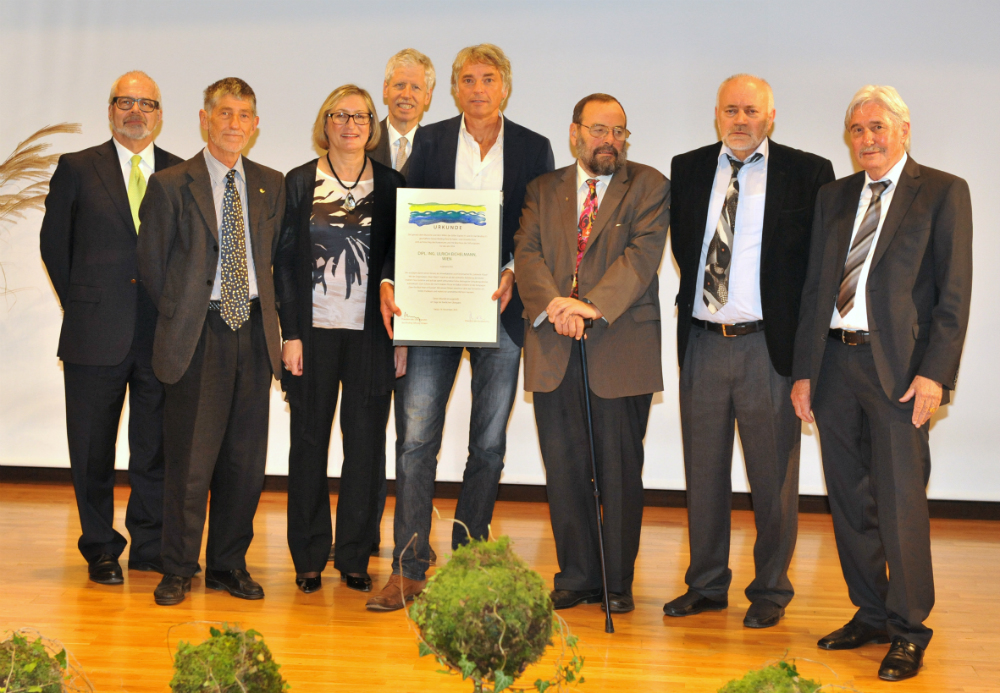 Currently, Ulrich Eichemann coordinates the campaign “Save the Blue Heart of Europe” – an initiative for the conservation of Balkan rivers. Europe’s best rivers are located between Slovenia and Albania; however, they are threatened by over 570 projected hydropower plants. Not even national parks and other nature reserves are to be spared. With his NGO Riverwatch and in cooperation with the organisation EuroNatur, Eichelmann aims to prevent this dam tsunami.

Between 1991 and 2007, Eichelmann was employed at WWF Austria and managed various campaigns, such as the campaign for the protection of the Danube floodplains east of Vienna. Starting in 2007, he coordinated the Stop-Ilisu campaign against the construction of the mega dam at the Tigris River in Turkey. Germany, Austria and Switzerland supported the project. In 2009,  the three countries canceled the contracts with Turkey and pulled out of the project. In 2012, Eichelmann released his film “Climate Crimes” – a 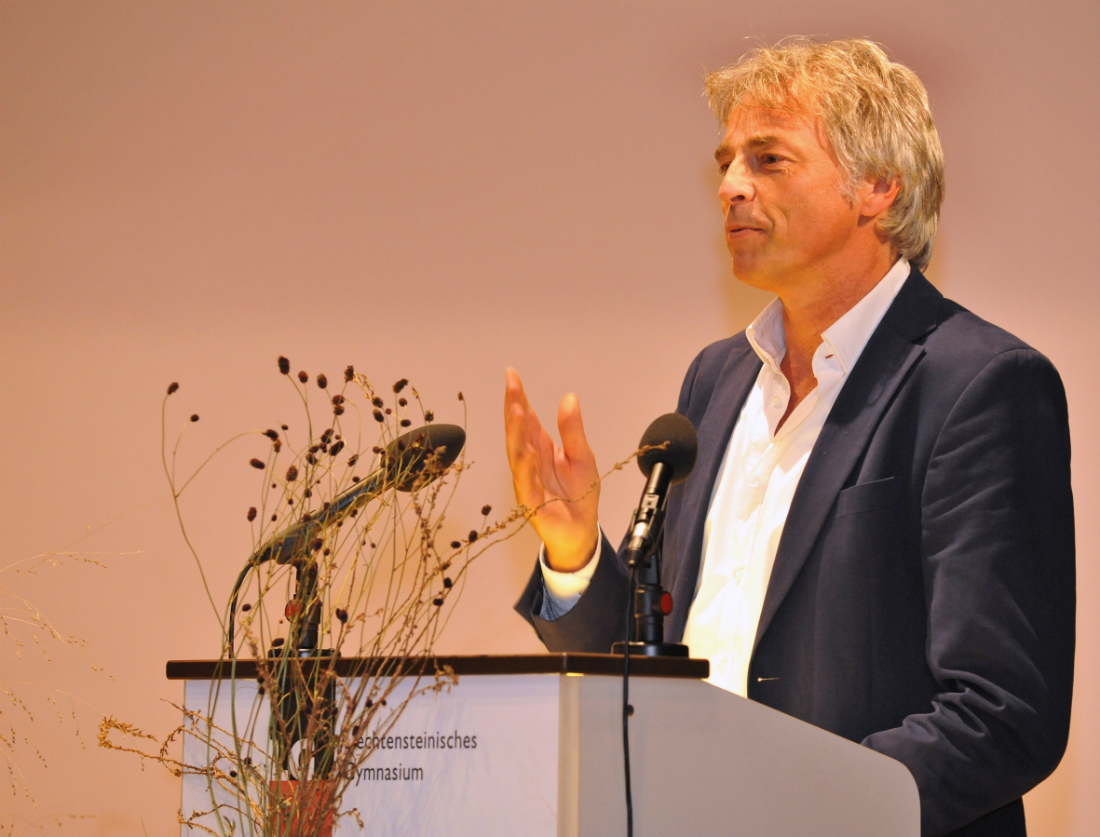 documentary about the abuse of climate protection and the consequences of so-called “green” energies.

In his laudation Prof Georg Grabherr, member of the Binding foundation’s advisory board and Austria’s scientist of the year 2012 said about Ulrich Eichelmann: “Nothing can be done right in regards to nature conservation. If one chooses the noisy way that gets you media attention, one is quickly accused of extremism and not taken seriously. If one prefers quiet persuasion, nobody listens. Today’s Binding Prize winner succeeds to combine both strategies. He is a pain in the neck. He is inconvenient, persistent, relentlessly annoying – a lucky charm for the environment and an inspiring example for everyone who loves and needs nature”.

“Like no other, Eichelmann knows how to enthuse people with nature conservation. He is persistent and can make life miserable for his opponents. At the same time, he succeeds to 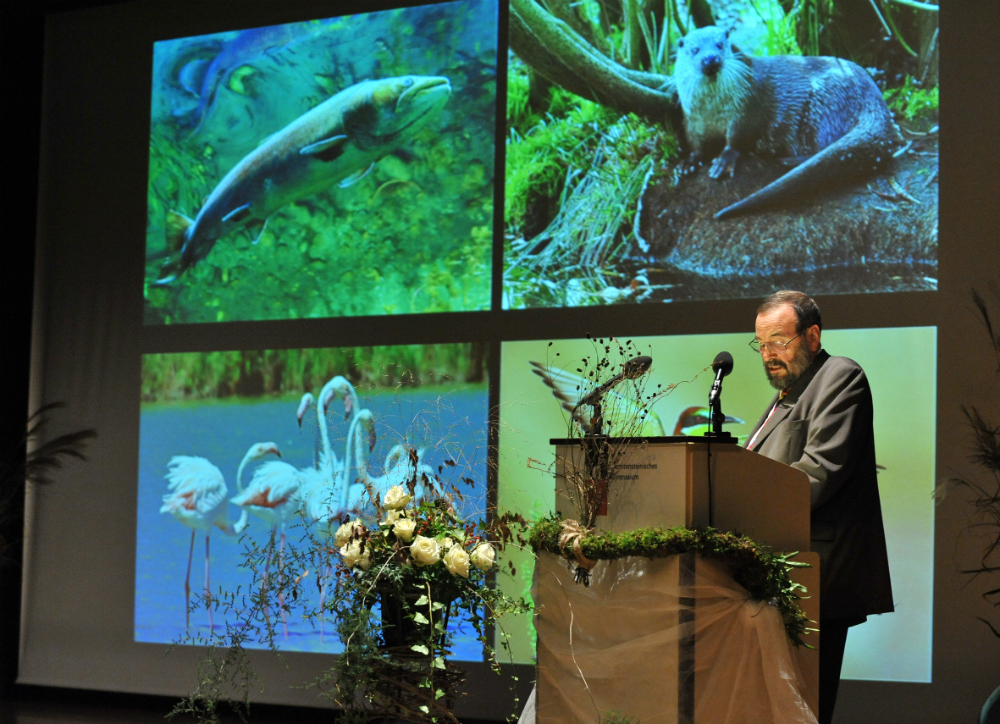 maintain a dialogue. Nobody can escape his passion for the environment combined with his creativity, repartee and wit” says Edna Schöne-Alaluf, board member of Euler Hermes/Germany and former Ilisu project manager of the export credit agency until 2009, making her an opponent in regards to Ilisu during the campaign.

About the Binding Prize: Since 1986, the Great Binding Prize for Nature Conservation is – at the will of since diseased prize sponsor Sopie and Dr. Karl Binding from Schaan (Liechtenstein) – awarded to personalities who contribute outstandingly to this goal. The Big Binding Prize is endowed with CHF 50'000 (ca EUR 41.000).

Ulrich Eichelmann (53): Born and raised in Atteln, a village near Paderborn/Germany. Has been living in Vienna for 26 years. One daughter (15). He is CEO of the environmental NGO Riverwatch, a society for the protection of rivers and freelancer at the Manfred-Hermsen-Foundation, an environmental foundation based in Bremen 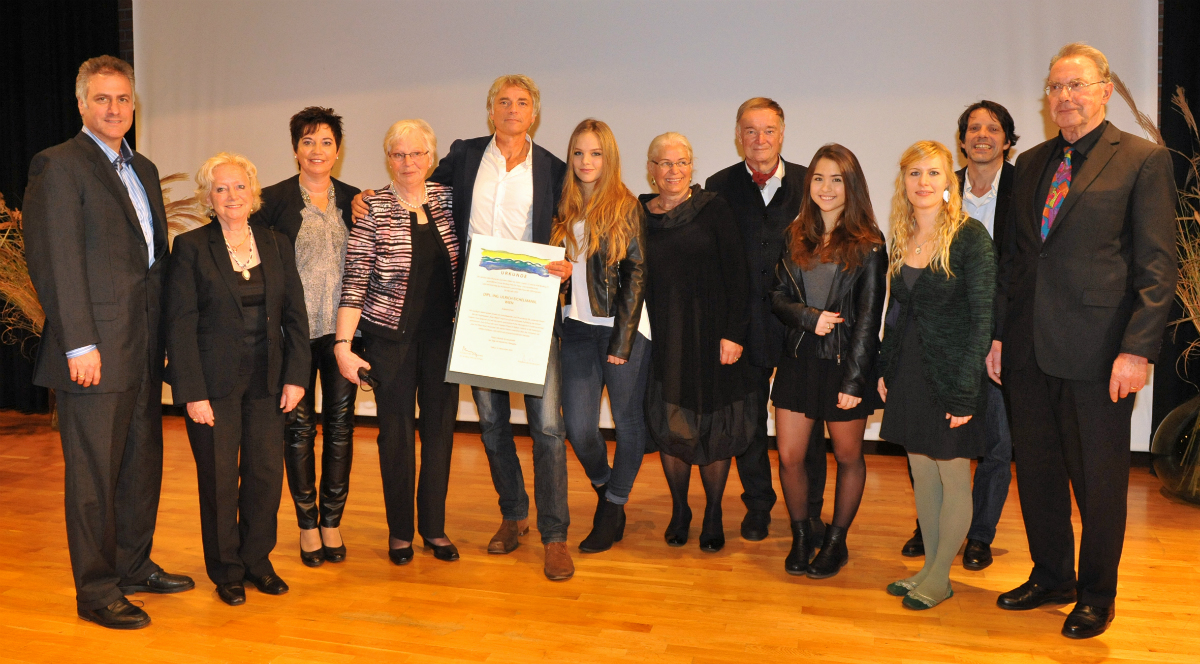 Find information on Ulrich Eichemlann's professional background as well as a photo documentation of his career highlights.