Petition: Save the Mura – Stop the dams!

One of the ecologically most important habitats in Europe is facing destruction. Slovenia plans to build a chain of eight (!) hydropower dams in the future five-country Biosphere Reserve "Mura-Drava-Danube", the so-called "Amazon of Europe". The decision on the construction of the first dam along the Slovenian Mura at Hrastje-Mota is imminent. Please sign this petition!

Petition launch against the destruction of Slovenia´s “Amazon of Europe” 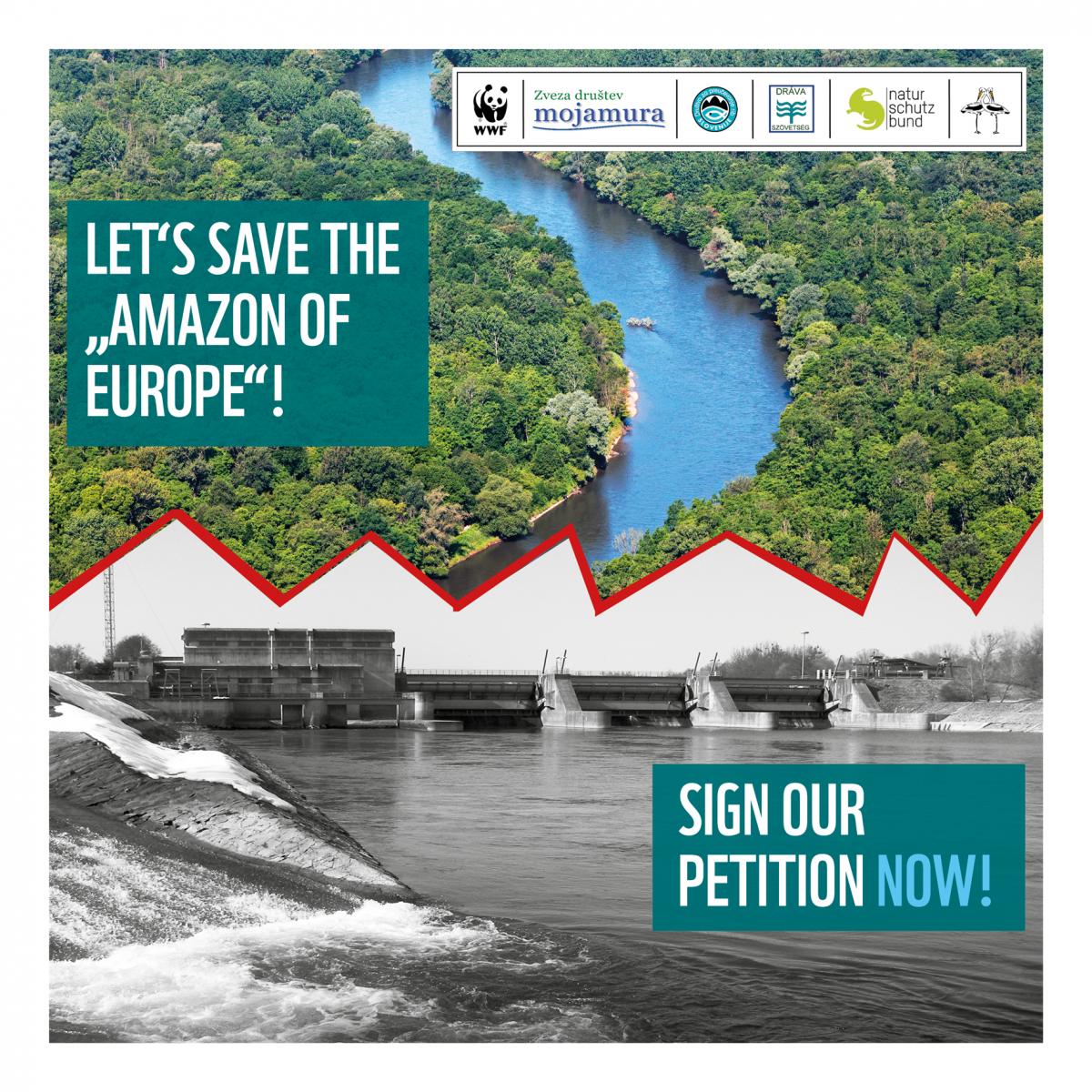 Ljubljana, Vienna, Budapest, Zagreb, Belgrade / September 6th, 2017 – Today, WWF and an alliance of Slovenian, Austrian, Croatian and Hungarian NGOs - Mojamura, the Slovenian Native Fish Society, the Austrian Naturschutzbund, Drava Federation and ZEUS - launched an international public petition to save the Mura River in Slovenia. More than 50 kilometres of valuable river stretches are projected to be dammed by eight hydropower plants – a severe threat to Slovenia’s largest and best preserved floodplain forests in the heartland of the "Amazon of Europe”, a huge protected riverine area which shall become a UNESCO Biosphere Reserve, spanning across Slovenia, Austria, Hungary, Croatia and Serbia.

Arno Mohl, international freshwater expert at WWF said environmentalists will not accept the destruction of the Mura and is calling everyone concerned in Slovenia, in neighbouring countries, as well as in other countries all over the world to take action by signing a petition to Irena Majcen, Slovenia’s Minister for Environment and Spatial Planning, to stop the dams: www.amazon-of-europe.com (PLEASE SIGN!)

The decision for the first dam project, at the Slovenian village of Hrastje-Mota, 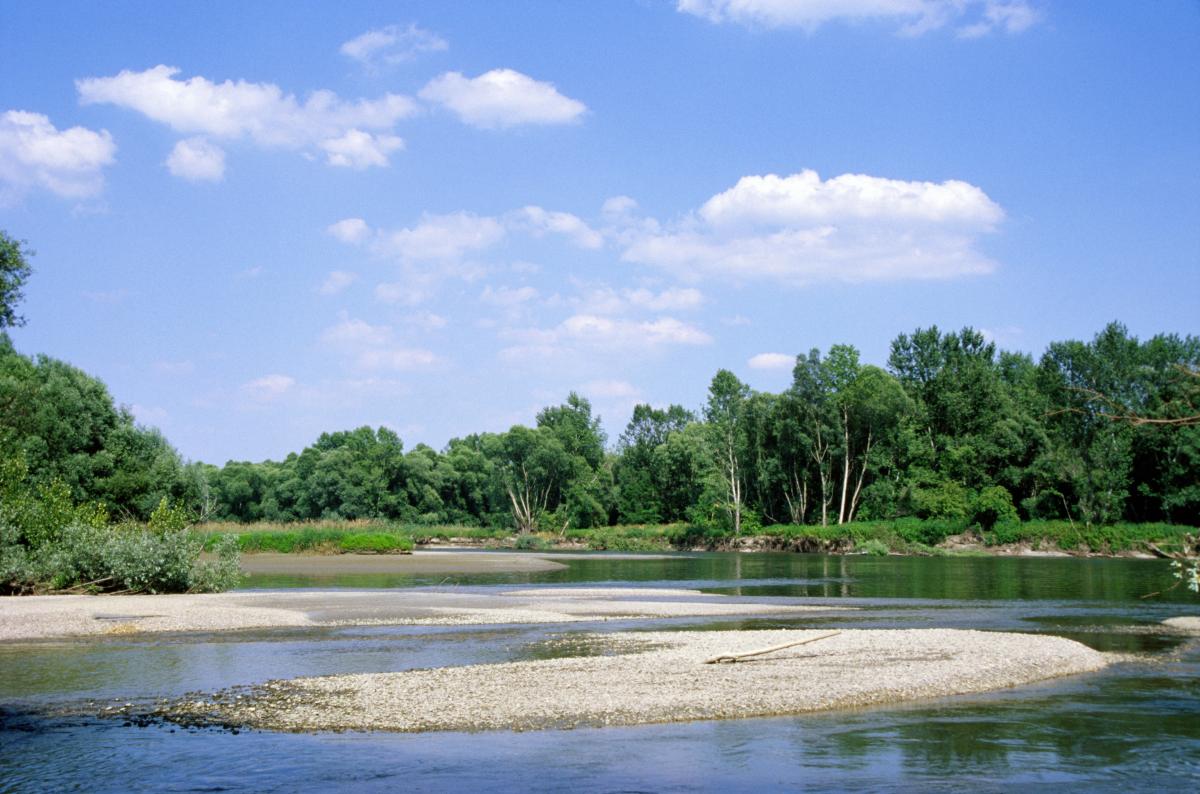 is imminent. “This project is only the door opener for the seven additional Mura dams”, said Mohl from WWF. The NGO alliance warns that the hydropower plants are breaching both, national legislation and EU environmental law and Minister Majcen must not give in to the hydropower lobby but increase its efforts to ensure international protection of the area.

The construction of eight hydropower dams would negatively affect the Mura stretch through the flatland of Pomurje in the north-east of Slovenia. It is part of the EU’s protected areas network Natura 2000, designated for the protection of vulnerable habitats of specific species like the white-tailed eagle, black stork and otter which are under European protection. The Mura in Pomurje is also Slovenia’s most important fish habitat and hosts rare species like the Danube Salmon.

“The environmental impact assessment report on the Hrastje-Mota

project already concludes that the construction would have harmful impacts on the environment. We expect the Hrastje-Mota dam, as well as the planning of the other seven dams will be firmly rejected by the ministry of environment”, said Andreja Slamersek, coordinator of the campaign ‘Save the Mura’.

Furthermore, the Hrastje-Mota dam would be the first hydropower dam of its kind in a Natura 2000 area, setting a dreadful example which might be followed along other precious rivers all over Europe. Unique rivers like the Mura in Slovenia have become increasingly rare in Europe and should be protected for future generations. “We want political leaders to treat river and wetland conservation as a part of national security, health and economic success,” said Stojan Habjanic, President of Mojamura. “Instead of destroying our Mura River, which is important for nature and people in the region, emphasis must be given on making use of alternative, environmentally friendly energy solutions which already exist.” 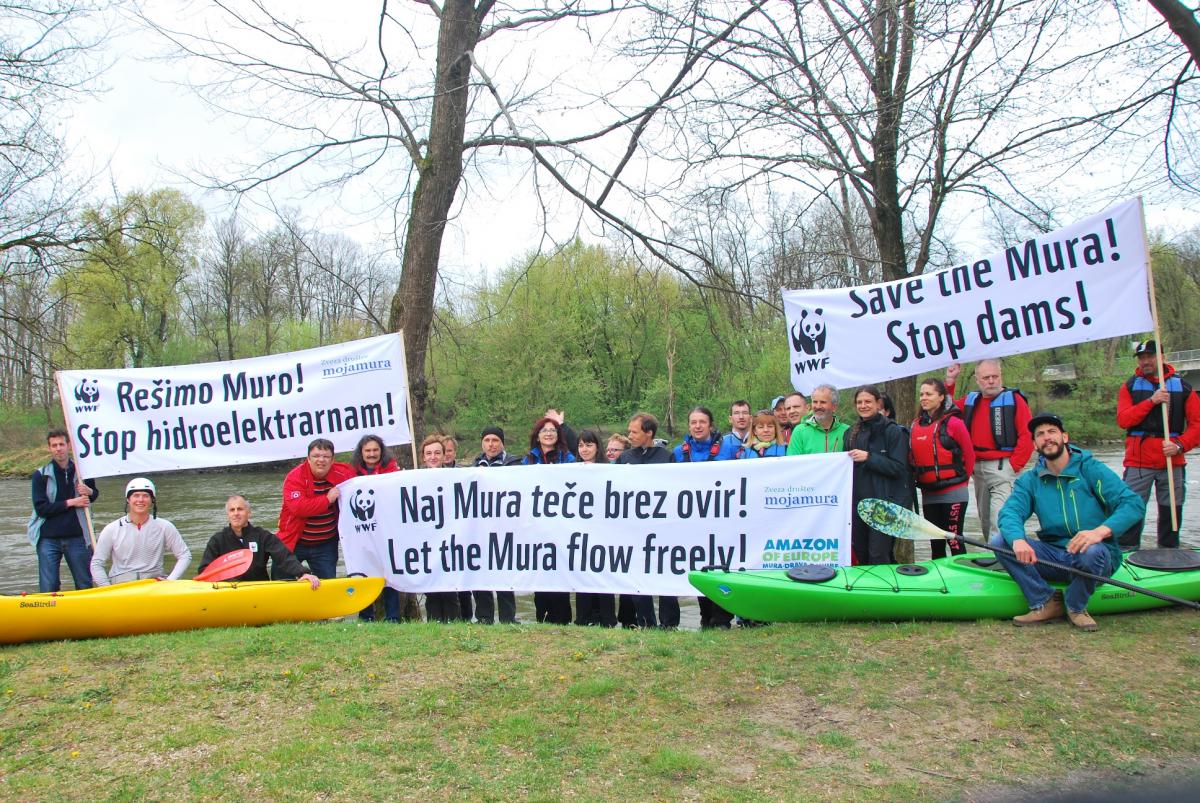 would also have irreversibly negative environmental impacts on the Austrian, Croatian and Hungarian Mura stretches, which are also protected under Natura 2000. The dam would fragment free flowing river stretches and endangered fish species would no longer be able to migrate. River bed deepening would dry out floodplain forests, oxbows and agricultural areas and the loss of natural retention areas would lead to an increased flood risk for downstream communities. “Hrastje Mota will not only jeopardize the unique habitats and species in Slovenia, but result in an environmental catastrophe far beyond. We trust that Minister Majcen will not allow that this will happen”, Mohl said.

Last year, Slovenia’s Ministry of Environment and Spatial Planning, with the strong support of the entire Slovenian Government, has nominated the vast floodplains along the Slovenian Mura to be part of the future 5-country UNESCO Biosphere Reserve “Mura-Drava-Danube”, shared between Slovenia, Austria, Hungary, Croatia and Serbia. The area is justifiably referred to as the “Amazon of Europe” due to its immaculate natural beauty and great biodiversity. The hydropower offensive stands in sharp contrast to the strong commitment of the ministry and Slovenian Government to ensure international protection of the area.

“It is absurd to destroy intact river landscapes, given the fact that hundreds of millions of Euro are being spent throughout the European Union to restore riverine areas, the best-proven precautionary measure against flooding, which furthermore ensure sustainable livelihoods”, Mohl summarized.

To conclude, WWF and an alliance of Slovenian, Austrian, Croatian and Hungarian NGOs, - Mojamura, the Slovenian Native Fish Society, the Austrian Naturschutzbund, Drava Federation and ZEUS - call once more on the Slovenian Minister Majcen, to protect the Mura River and to not allow its destruction, but to safeguard habitats and people’s livelihoods.