++ 80,000 kilometers of rivers in the Balkans scientifically assessed ++ 76 percent thereof identified as no-go zones for hydropower development ++ Switch in energy policy is necessary and possible ++ 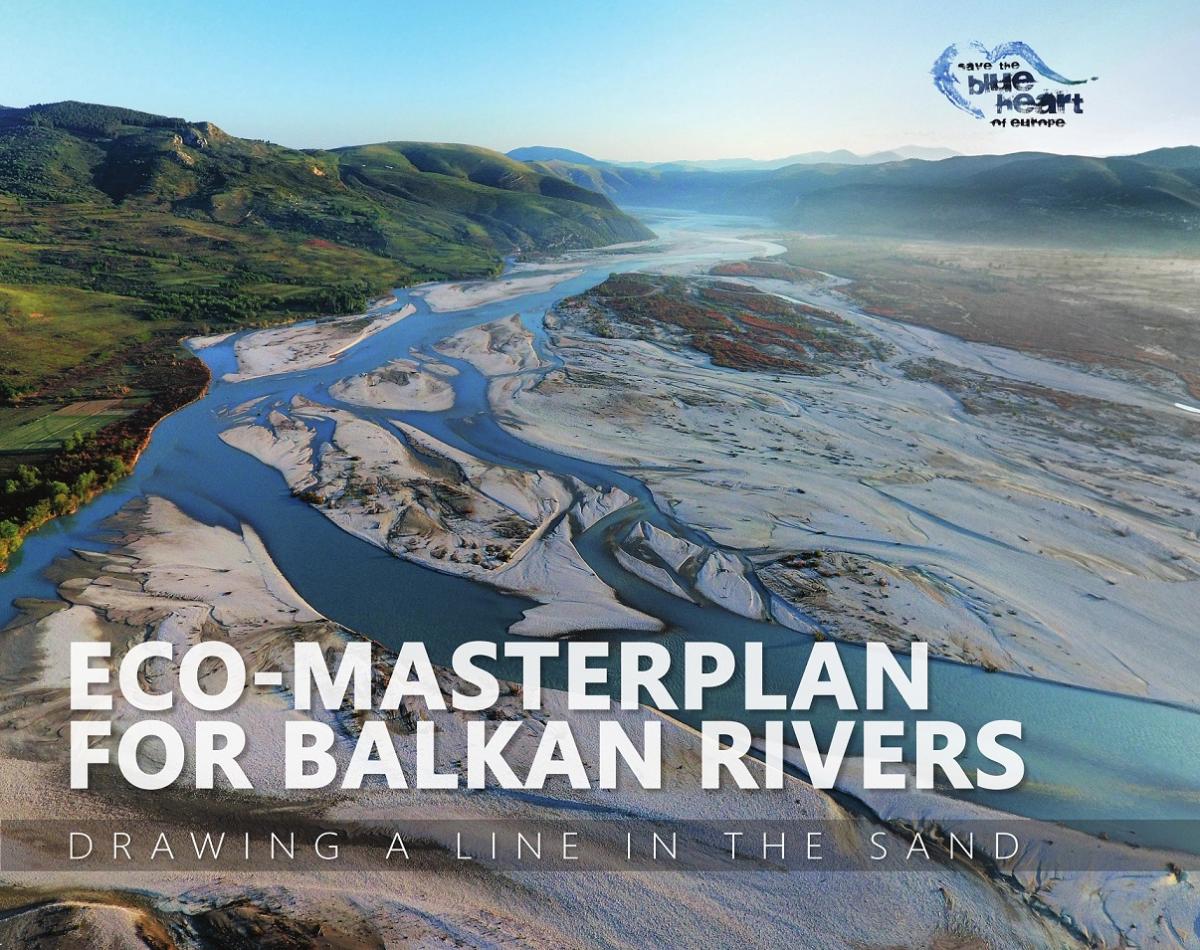 Vienna, Radolfzell, November 27, 2018 – Three quarters of the rivers in the Balkans are ecologically so valuable, that they should be completely off limits for hydropower development. This is the conclusion of the Eco-Masterplan, which was published today by the NGOs Riverwatch and EuroNatur within the context of the “Save the Blue Heart of Europe” campaign. The Eco-Master Plan is a kind of spatial plan for the watercourses between Slovenia and Greece, indicating No-go zones for new hydropower plants. For this purpose, a river network of over 80,000 kilometers in length was scientifically assessed. The result: about 61,000 kilometers of river (76 percent) are of high ecological quality and therefore designated as No-go zones for hydropower expansion (click here for visual story-map). "We call upon investors and decision-makers in the Balkans and in the EU to refrain from approving hydropower plants in these No-go areas in the future. The protection of Balkan Rivers is a pan-European task and the Eco-Masterplan is a tool for all those in charge in order to preserve this treasure," so Riverwatch and EuroNatur.

Since hydropower plants always cause considerable damage to nature, the decisive factor in the planning stage is the selection of the location. Therefore, the most important question to be asked in project development is: "Where should we NOT construct?” The Eco-Masterplan delivers an answer to this question an provides a fundamental data basis for investors and decision-makers.

For the first time, this plan combines knowledge about biodiversity (fish, mussels, caddisflies), integrity of rivers and floodplains, as well as the location of protected areas. All this data is shown in graphs and maps. It is a suitable tool to curb the devastating plans for hydropower expansion, to preserve biodiversity and beauty of these river landscapes, to avoid social conflicts and to increase planning security for investors. 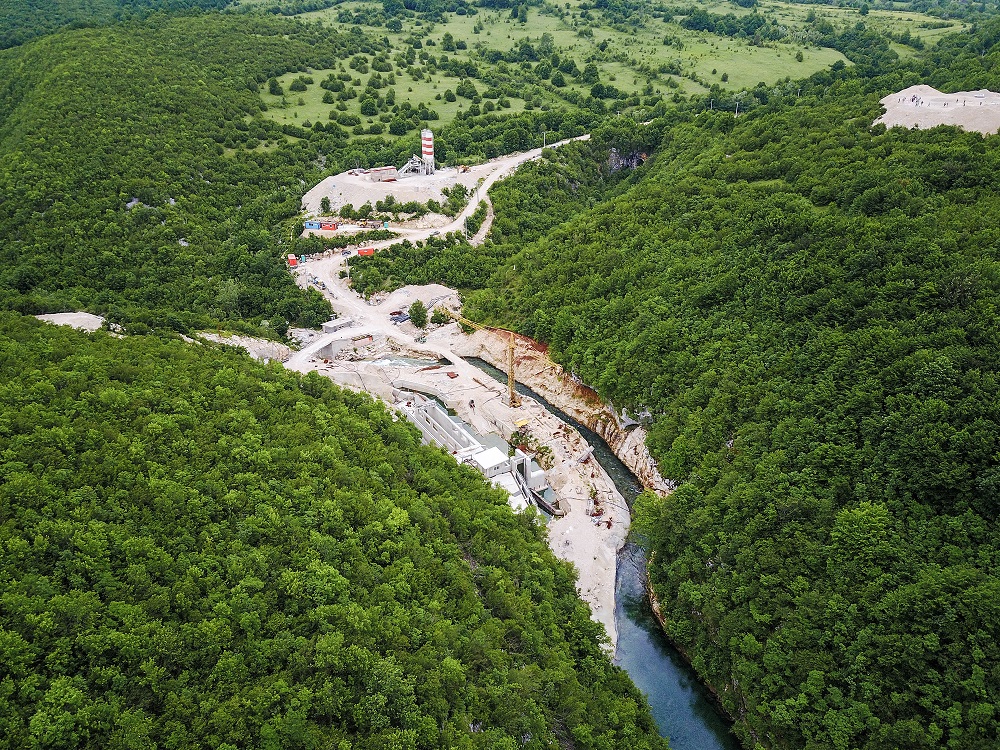 Currently, about 3,000 hydropower plants are in the pipeline or already under construction between Slovenia and Greece. About 1000 of these are planned within high-ranking protected areas such as National Parks and Natura 2000 sites. Moreover, the unique biodiversity in these rivers is facing collapse, should these projects be realized. Hundreds of species could go extinct, including 11 fish species, according to scientists. Even the already threatened populations of the Huchen could decline by about 70 percent and the species thus be driven to the brink of extinction.

From a social point of view, there is also an urgent need for action: more and more residents and initiatives resist the flood of hydropower projects. In Serbia, for example, 3,000 people recently took to the streets against the planned construction of 60 hydropower projects in the Stara Planina Natural Park, stopping the start of construction. In Bosnia-Herzegovina, the "brave women of Kruščica" have been blocking a power plant construction site for more than a year – day and night.

“This Eco-Masterplan is the most essential basis for any further planning on the Balkan rivers. The “No-go” zones for hydropower 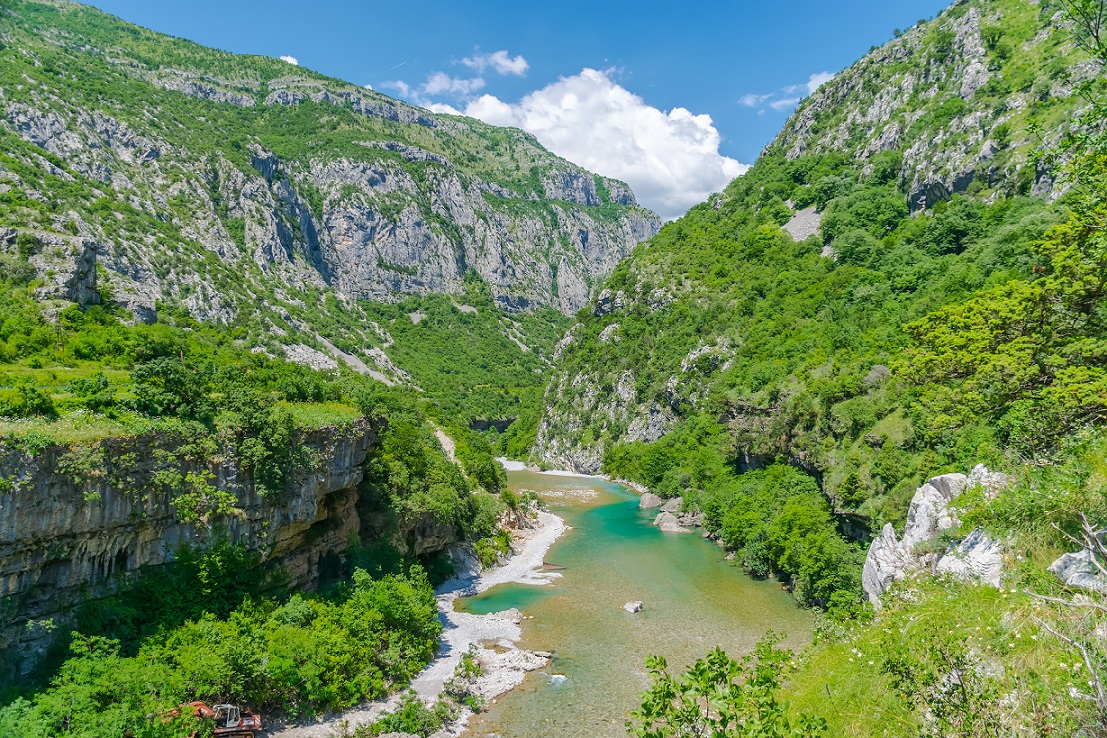 plants are at the same time the "Go-areas" for rare animals and plants, for unique landscapes, for residents and all nature lovers”, says Ulrich Eichelmann, CEO of Riverwatch.

According to the Eco-Masterplan, 89 percent of all planned hydropower projects are located in the No-go areas. An energy study, which was commissioned for the Eco-Masterplan, shows that these projects could be easily substituted by the expansion of other sources of renewable energy, particularly solar and wind.

However, the Balkans are currently focusing almost exclusively on hydropower, while little is being invested in photovoltaics – despite as many as 300 days of sunshine per year, as in Albania. "The Eco-Masterplan has proven once again that the Balkan rivers are simply too valuable to lose. They are the Blue Heart of Europe. Their destruction by hydropower would not only be ecologically and socially devastating, but would also be nonsense in regards to energy politics", says Gabriel Schwaderer, CEO of EuroNatur. A switch in the energy policy is needed in the Balkans: reduction of major energy losses, halt of hydropower development and instead investment in solar and wind, according to EuroNatur and Riverwatch.