The Danube streber is a bottom-dwelling, nocturnal habitat specialist found in large rivers in relatively fast-flowing water flow and stony substrates (Zanuer 1996, Kottelat & Freyhof 2007). The species is very sensitive to river engineering measures and especially impoundments; even in the distribution area shown, the species has a very sporadic presence (Bănăduc & Curtean-Bănăduc 2014). In the Slovenian Mur it was rare (Weiss 2017), but Simonović et al. (2015) reported presence in Mrna, Krka, Kolpa Savnija and Sotla tributaries of the Sava in Slovenia and Croatia, in the Sava by Davor in Croatia and Babina-Greta in Bosnia and Croatia and the Fojnica in Bosnia; further records stem from the Drava, Sutla, Sava, Una, and Kupa rivers in Croatia (Bănăduc & Curtean- Bănăduc 2014) and the middle Drina in Serbia (Simonović et al. 2015).

More than 50 planned hydropower schemes on the Mur, Drava, Sava and Danube rivers threaten at least 75% of these species’ occurrence in the Balkan region. 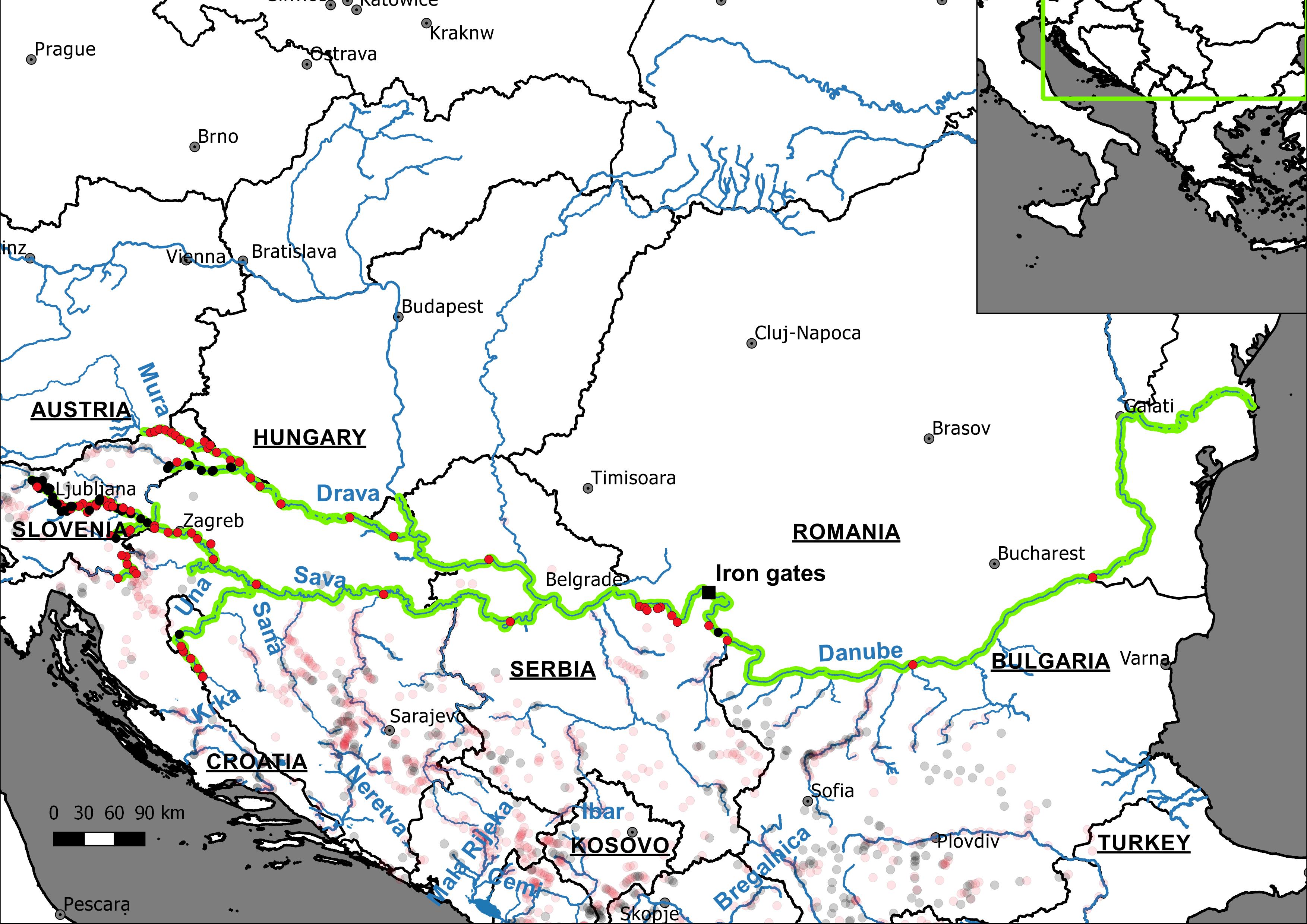