The striped dace occurs in up to 10 karst springs and streams of southern Dalmatia in eastern Bosnia- Herzegovina including the Musica River, Nevesinjsko, Gatacko, Cernicko and Dabarsko poljes (karst fields); no longer recorded in Croatia (Kottelat & Freyhof 2007; Dekič et al. 2012, Milanovič 2015). Recorded in subterranean habitats by Dekič et al. (2012). A typical karst dace species it is assumed to be dependent on flowing water for spawning and very sensitive to both invasive species and hydrological disturbance (Freyhof 2012).

There are no known hydropower schemes planned directly in the habitat of the striped dace. However the springs of this karst region are sensitive to hydrological disturbances even at some distance. 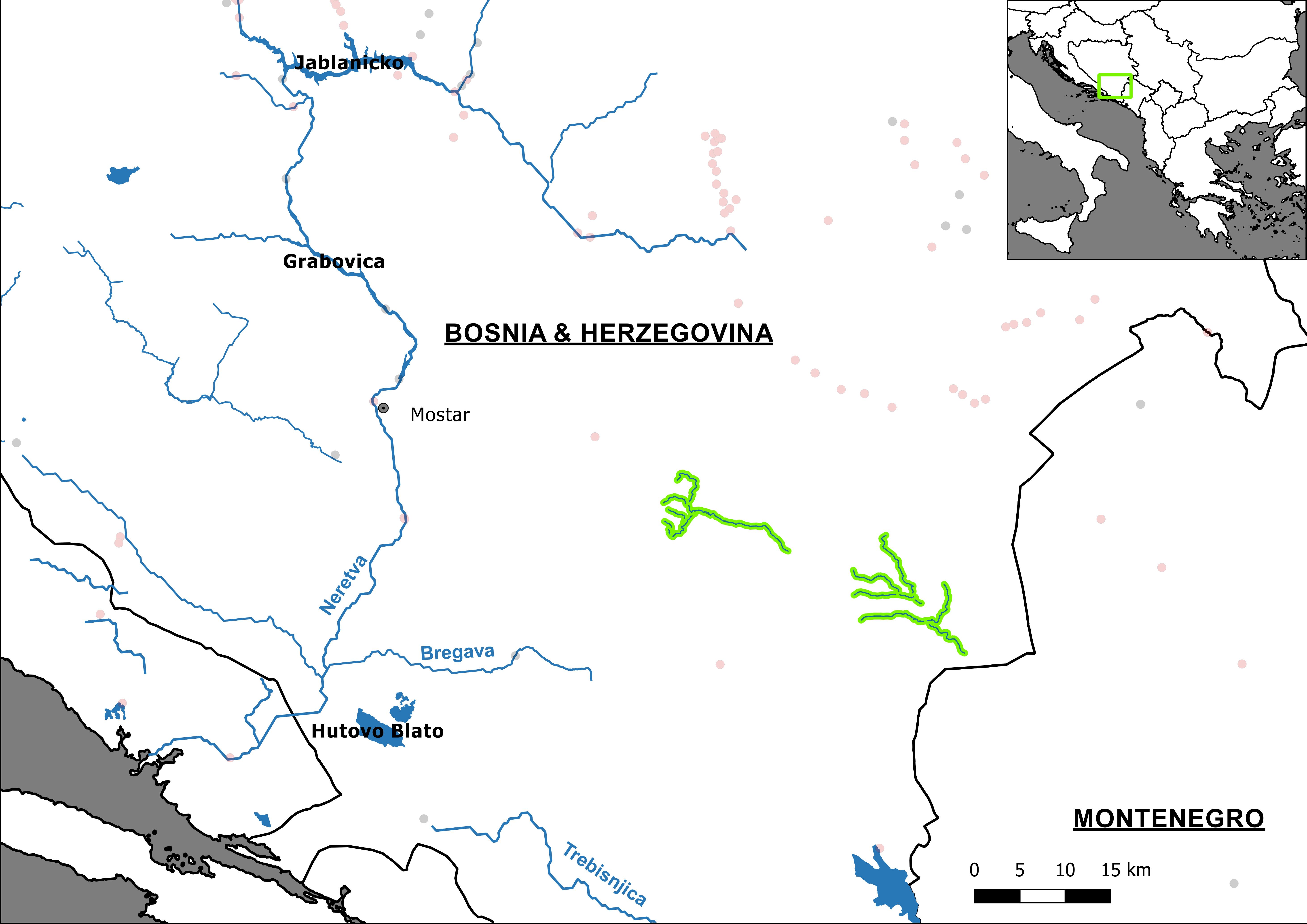