The small Dalmatian minnow (max 12 cm SL) was first described by Zupančič & Bogutskaya (2000) as endemic to the Čikola River of the Krka catchment. It is found in sympatry with the critically endangered Aulopyge huegelii and the endangered Telestes turskyi. The species occurs in clean slow-moving to stagnant waters, and may require submerged vegetation for spawning (Freyhof 2012). All members of this genus may retreat into subterranean habitats during adverse conditions such as a summer drought (Ćaleta et al. 2015). The species is considered very sensitive to dam construction and overall very sensitive to habitat alterations and alien species invasions, which often accompany hydropower development.

Three dams are planned directly in the Čikola River, and these will likely alter the hydrological regime of the river and promote the spread of invasive species, potentially leading to the global extinction of the species. 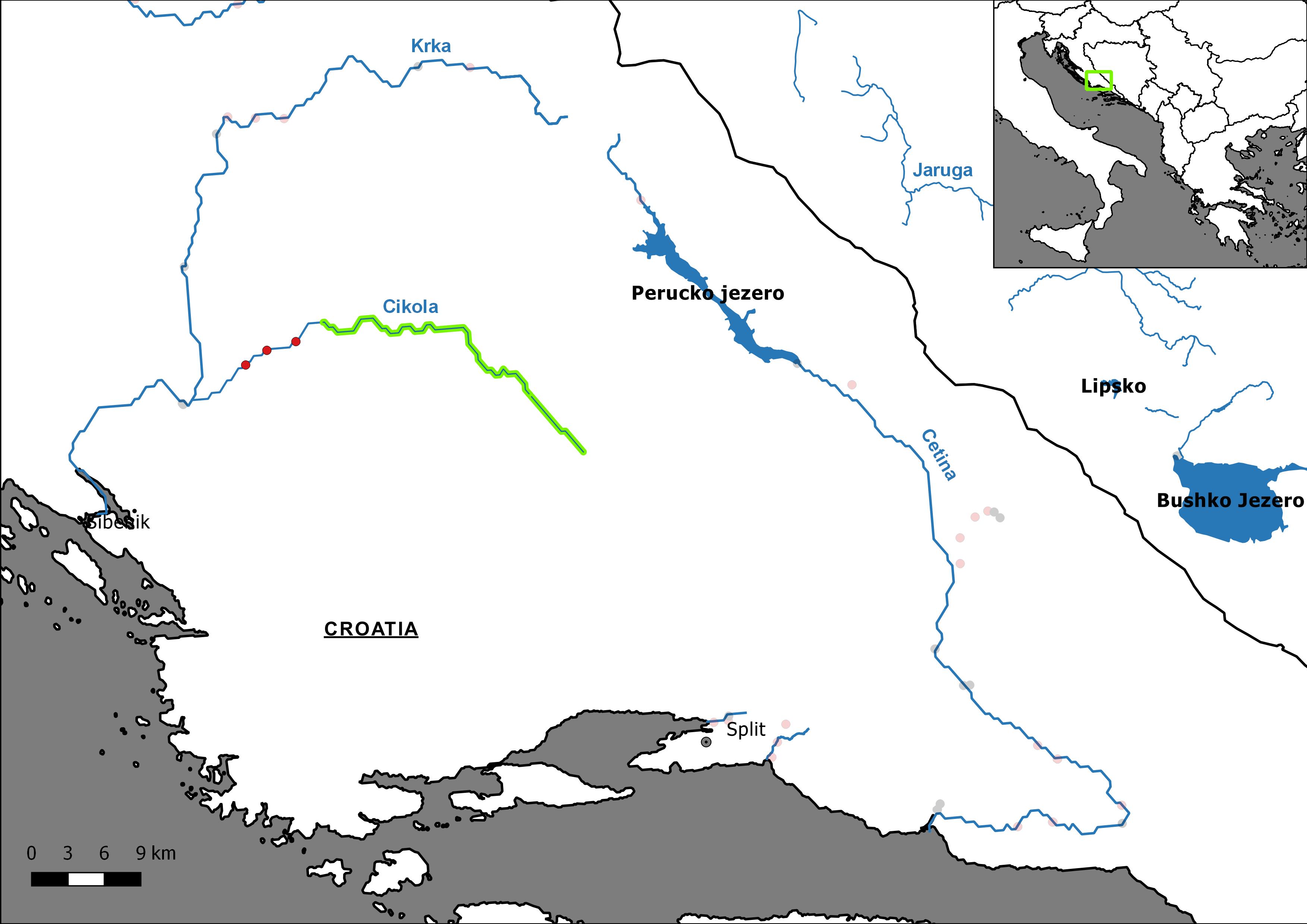