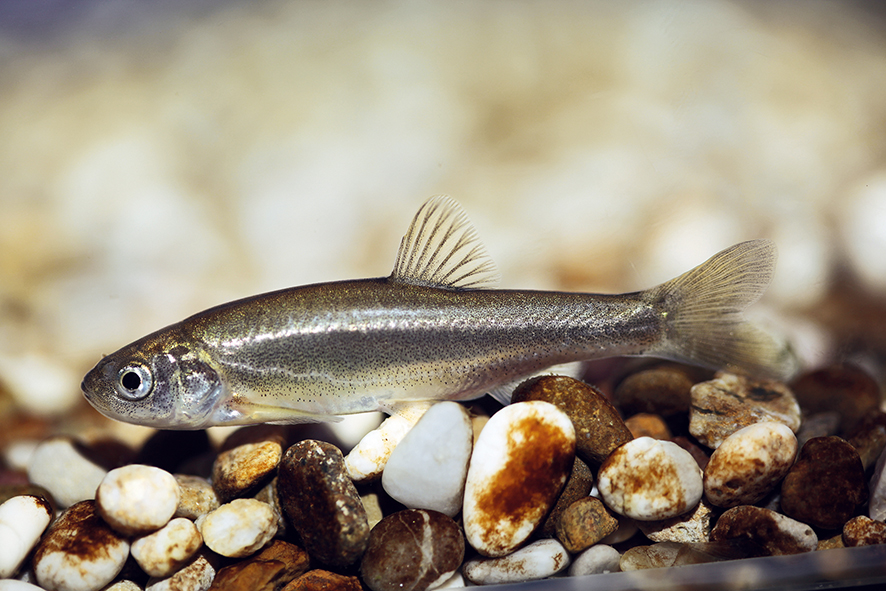 The Dinaric minnow was recorded from the Livno, Duvno and Glamoć fields, lakes Buško and Blidinje and the Korana River in Bosnia-Herzegovina (Ćaleta et al. 2015, Delić et al. 2005). In Croatia it is found in one location along the species-mosrich Cetina River (Sinj karst field) and in Stipančevo Lake (Ćaleta et al. 2015). A karst specialist inhabiting standing or slow-flowing habitats, the species might be dependent on dense vegetation for spawning (Freyhof 2012). Like other regional endemics, the Dinaric minnow can retreat to subterranean habitats during drought or winter and is extremely sensitive to invasive species or hydrological changes. In Croatia, it is strictly protected but considered data deficient (Ćaleta et al. 2015). Both the introduced Eastern mosquitofish (Gambusia holbrooki) in Croatia, and the translocated European chub (Squalius cephalus) have been very problematic for the Dinaric minnow (Ćaleta et al. 2015).

Hydropower schemes threatening the sensitive hydrological balance of karst systems or promoting the spread of invasive are generally a problem for nearly all of the region’s endemic species. 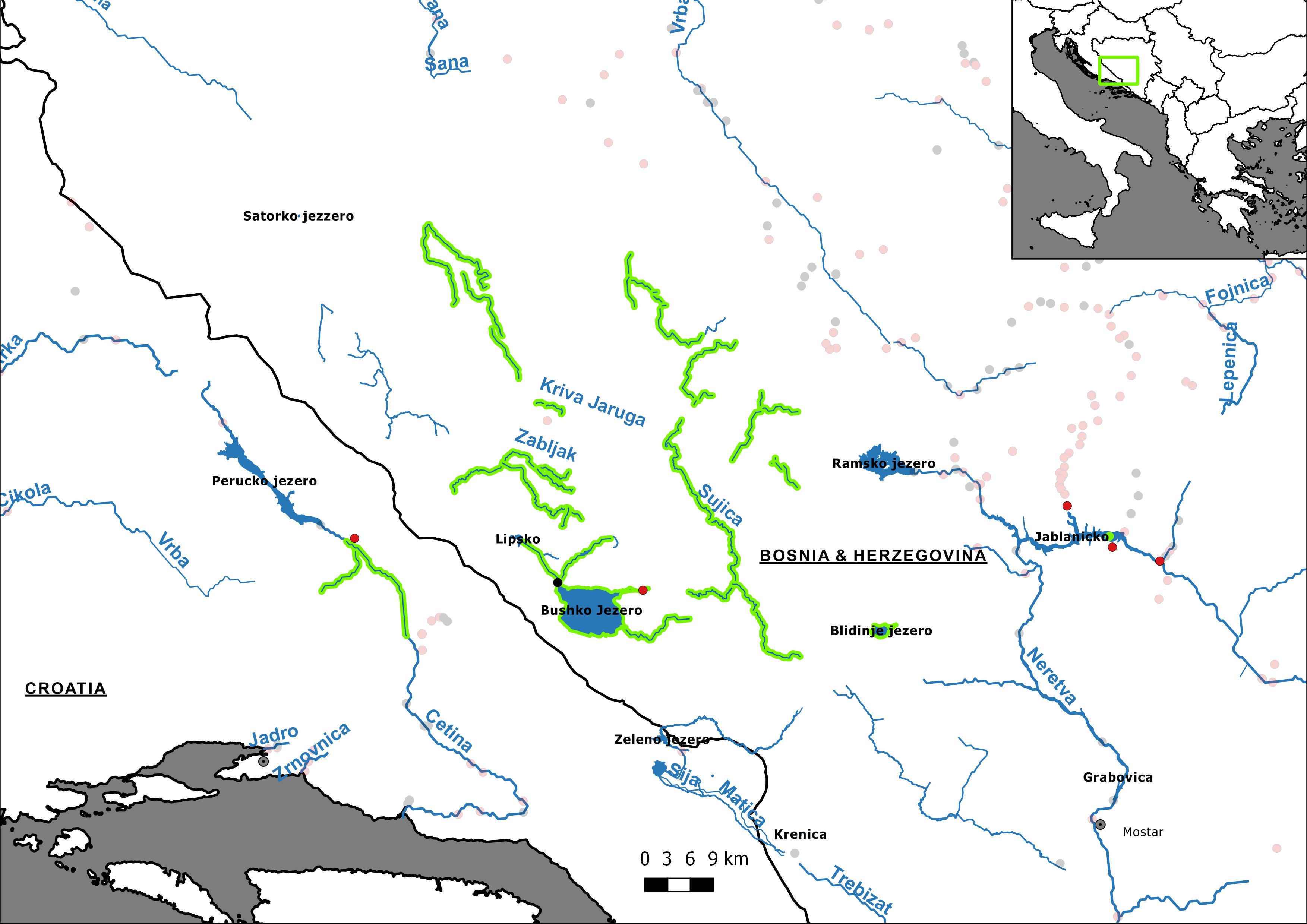