In our study area, the Louros spined loach is limited to the Kalamas drainage (Zogaris et al. 2009). Found together with dense vegetation in clear streams, with low to moderate flow on sand or silt (Kottelat & Freyhof 2007). Water extraction, pollution and hybridization are listed as threats but the IUCN Red List entry is in need of updating (Crivelli 2006b).

Six hydropower facilities are already under construction on the Kalamas River, including the large Gjegjan 1 project. At least 12 more projects are in the planning stage, not including those in small tributaries. This chain of hydropower facilities along the entire length of the Kalamas would put a significant portion of the global population of this species at risk of extinction, especially considering the threat of hybridization with C. arachthosensis in the remaining (Lourus drainage) area of occupancy. 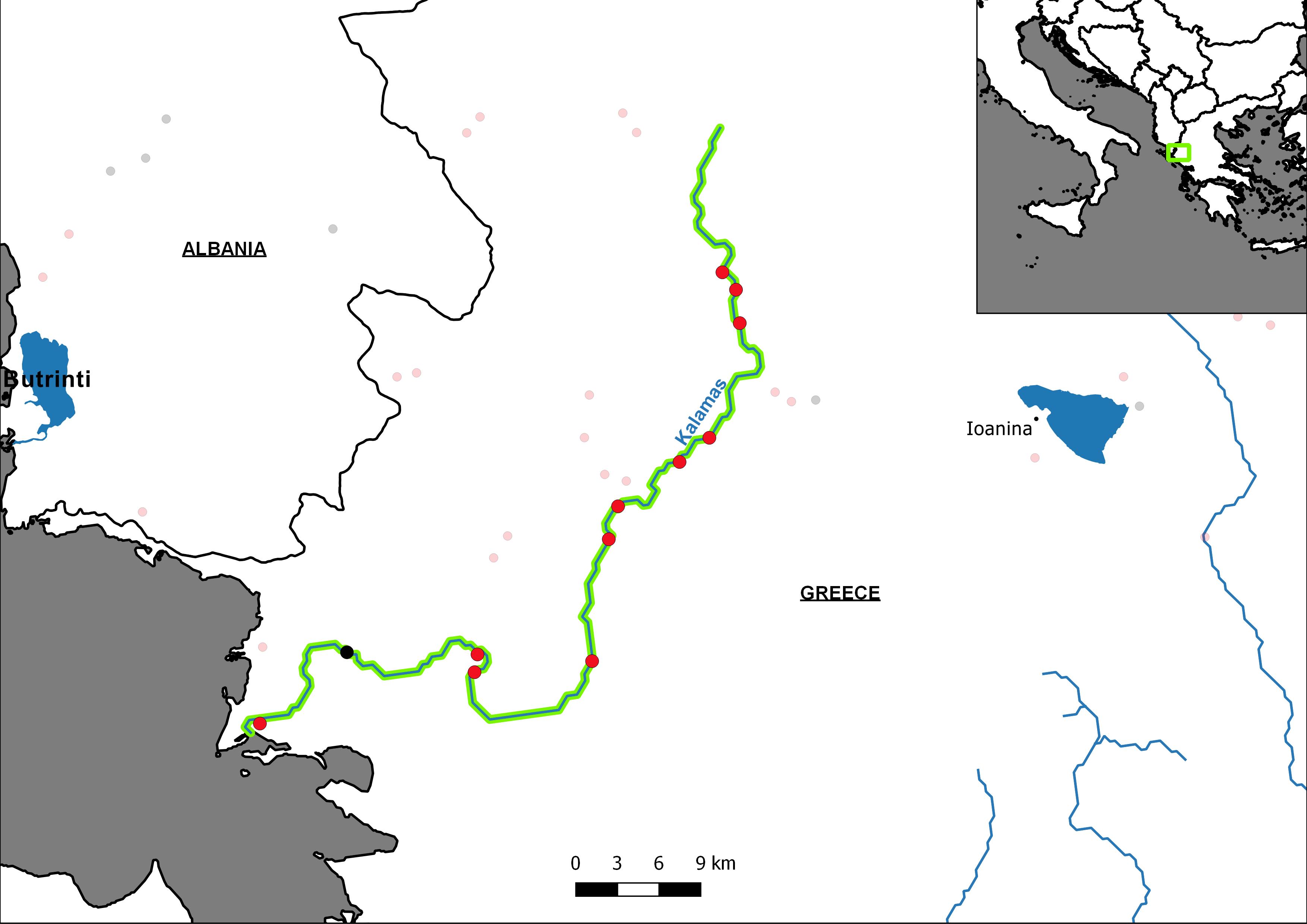