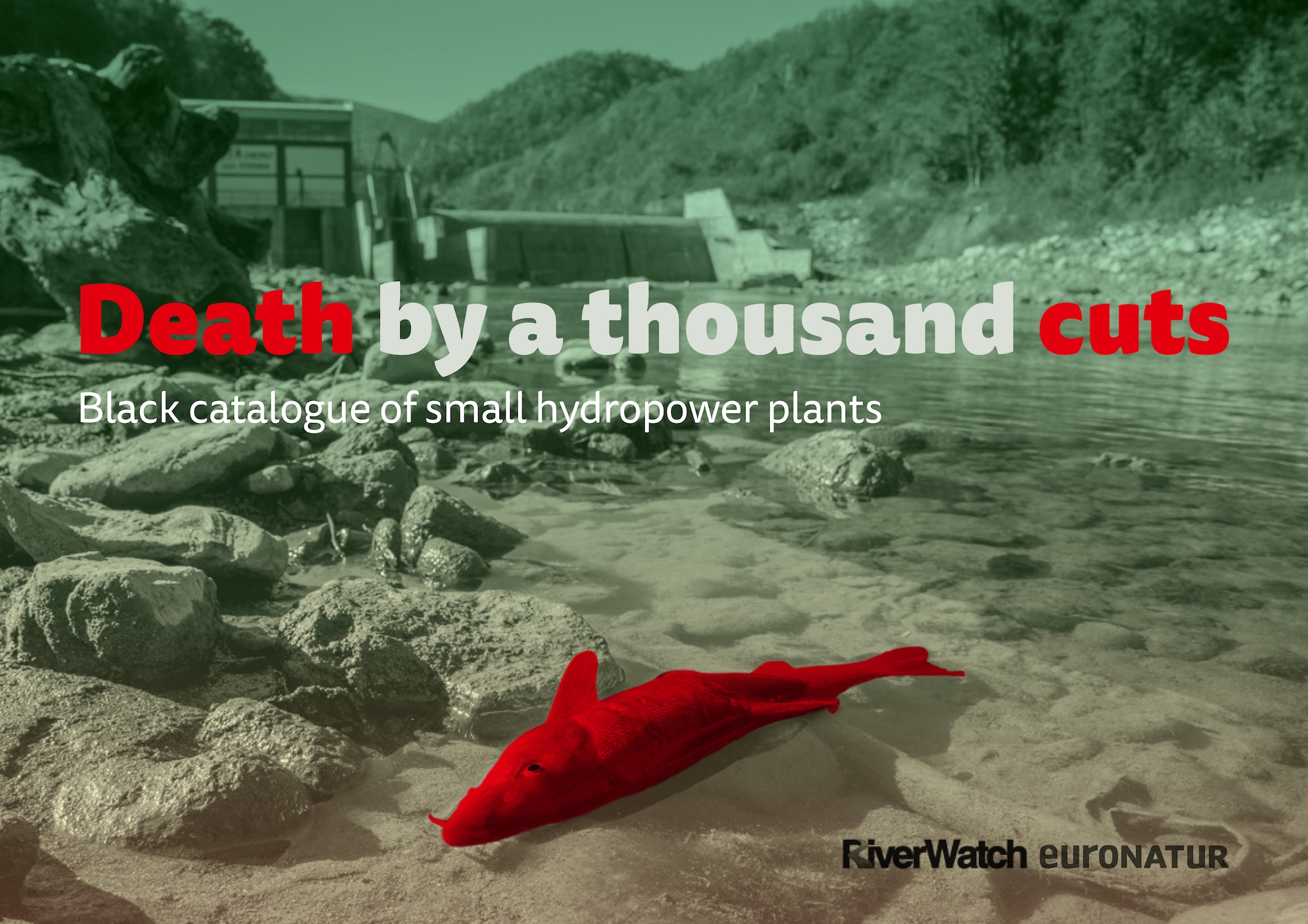 In Europe, 91 percent of the planned 8,000 hydropower plants are “small”, meaning they have an installed capacity of less than 10 megawatt. “Small is beautiful” is what many people think when they hear about small hydropower development. However, the facts show a different picture: migratory fish population in EU have declined by 93% since 1970; on the Balkans 49 fish species are at risk of going extinct, mostly threatened by small dam projects. And people are protesting more than ever against their construction.

But what do small dams really look like and how do they affect nature and species around them? Not many people have ever seen a small dam scheme. This is why we prepared this catalogue visualizing the effects of small hydro with drone footage of existing dams.