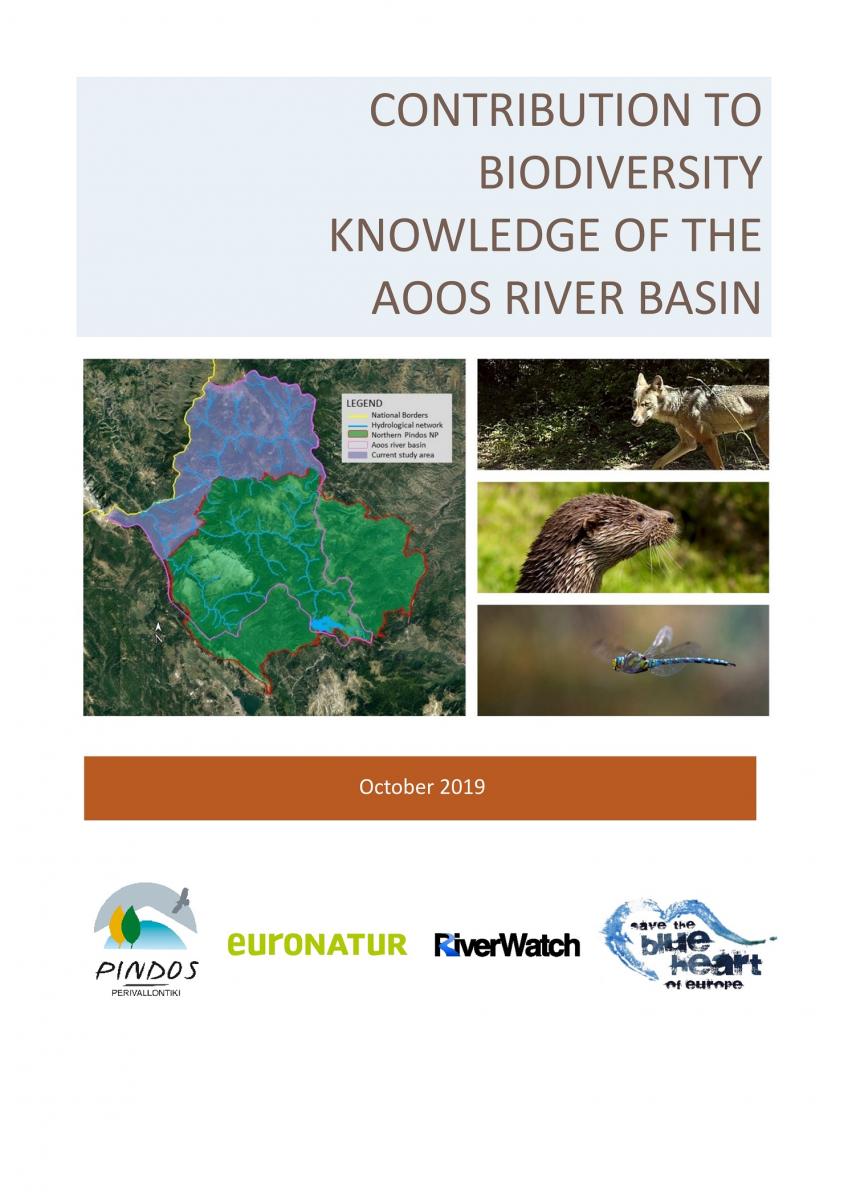 The present biodiversity study has been conducted on the Greek part of the Aoos-Vjosa river. It focuses on insect species related to water (Odonata), as well as on large mammals, either directly related to the riverine ecosystems (otter) or indirectly (carnivores and ungulates). The study’s results underline the great biological importance of the non-protected part of Aoos basin for the conservation of the studies' key-species. The scientific evidence provided by the study highlight the crucial need to expand the protected area in Greece towards the Greek-Albanian borders, the need for the protection of the river from future hydropower constructions and, even more, the need to establish a Transboundary Wild River National Park – Vjosa/Aoos. Commissioned by Pindos Perivallontiki.

Study: Contribution to biodiversity knowledge of the Aoos river basin