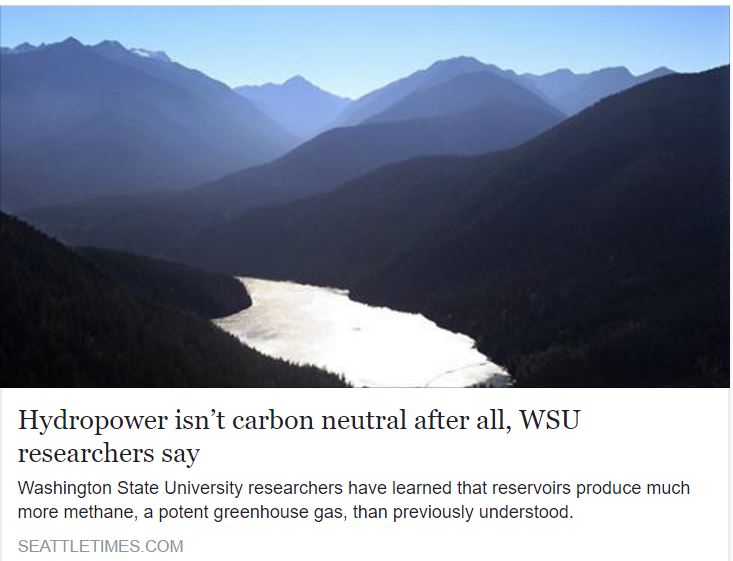 Hydropower is not green, it is not even carbon neutral, as Washington State University researchers now confirm.

“In their paper to be published next week in BioScience, the researchers reported that reservoirs of all sorts are important sources of the potent greenhouse-gas methane. The gas is produced by decomposing organic material underwater,” so the Seattle Times report.

While this is not entirely new, the extent of emission found by this research is: the methane emission is 25% higher than previously assumed, since the gas bubbles rising to the surface have also been included for the first time. Read for yourself: Hydropower isn’t carbon neutral after all, WSU researchers say

Hydropower is an outdated model - this report will hopefully be another step in the phasing out of this green-washed technology. For far too long it has been sold to us as a clean and green source of energy and seen as indispensable for tackling climate change – while silently producing methane and thus contributing to global warming. This has got to stop.