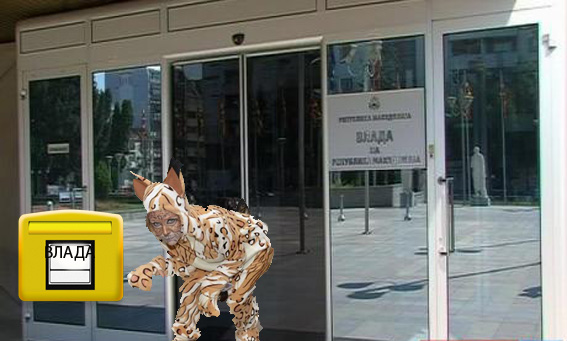 Vienna, September 9, 2014. One of Europe‘s oldest national parks shall remain free of new dams. 97,804 people signed a letter of protest against two projected hydropower plants inside the Mavrovo National Park in Macedonia. Today, the petition was handed over to the Macedonian Prime Minister Nicola Gruevski (find the petition here).

However, the message was not only addressed to the Prime Minister, but also to the World Bank and the European Bank for Reconstruction and Development (EBRD). Both financial institutions intend to finance the dams.

"It is absolutely unacceptable for these banks to facilitate the destruction of a national park. Not only do they undermine international guidelines for national parks, they also contradict the institutions’ own environmental standards. By financing these projects, they risk extinction of the Balkan Lynx”, says Ulrich Eichelmann, CEO of Riverwatch and coordinator of the “Save the Blue Heart of Europe” campaign. Saving the Mavrovo National Park is part of the campaign.

The Mavrovo National Park is particularly famous for the last occurrence of the Balkan Lynx, a subspecies of the Eurasian Lynx. Only about fifty of these animals are still living on the Balkan Peninsula today, most of them inside the Mavrovo National Park. Experts of the International Union for Conservation of Nature and Natural Resources (IUCN) fear that the construction of the hydropower dams and complementary infrastructure (roads, power lines,...) would lead to the Balkan Lynx’s extinction.