Alliance against Kalivaç dam on the Vjosa is growing 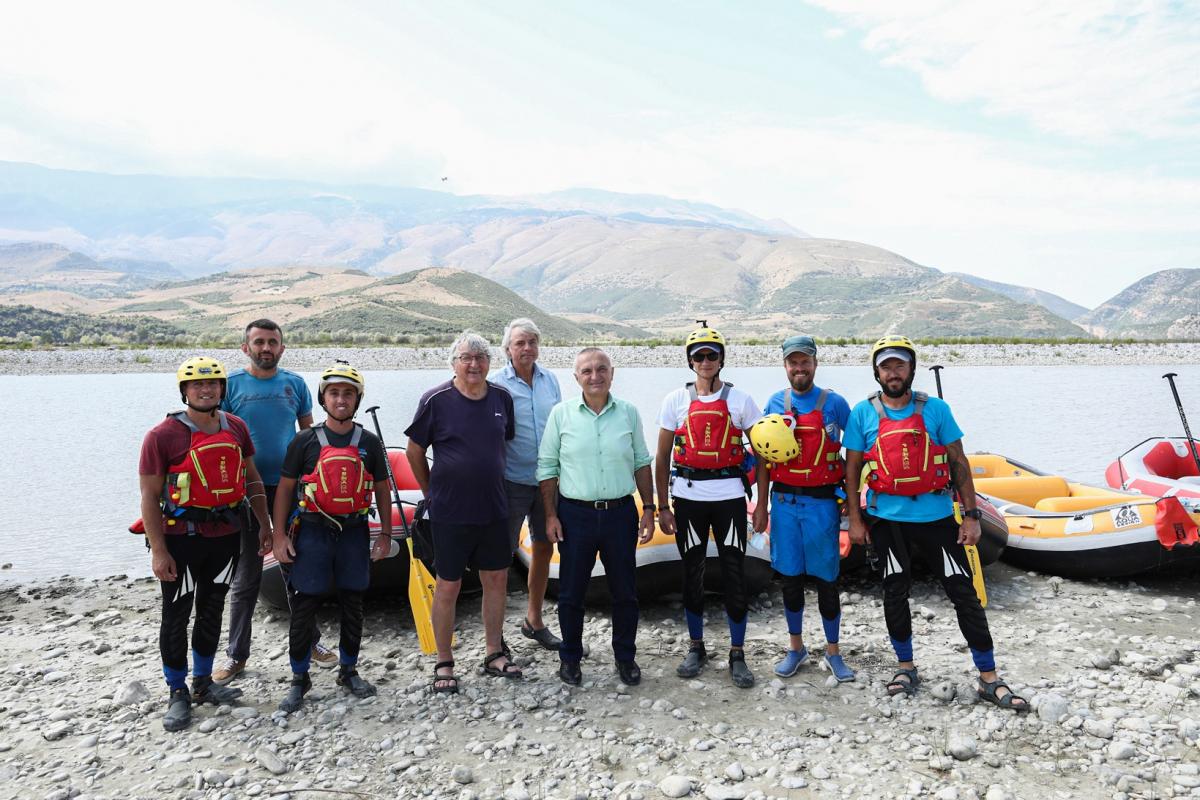 Tirana/Tepelena, Albania. September 25th, 2020. Today, the President of Albania, Ilir Meta, together with representatives of the Universities of Tirana and Vienna and the Mayor of Tepelena Tërmet Peçi, inaugurated the Vjosa Research Center at the banks of the river in the small Albanian town of Tepelena. This center will serve scientists and students from Albania and abroad to study this last great wild river in Europe and its tributaries. Great honor was bestowed upon the Viennese Professor Schiemer. Due to his merits for the research and protection of this river, the research center has been named "Vjosa Research Center Fritz Schiemer” at the suggestion of his Albanian colleagues.

Prof. Schiemer from the University of Vienna, who knew nothing about this tribute and only learned about it during the inauguration ceremony, says: "I am deeply touched. This honour, but especially this new center is yet another incentive for me and my colleagues to protect this unique river and to prevent the looming dam projects.”

Following the inauguration of the Vjosa Research Center in Tepelena, the scientists embarked on a boat trip on the Vjosa River. On the shore of the river, President Ilir Meta used the opportunity to promote the idea of a Vjosa National Park, instead of damming the river: "I am in favor of a national park. The electricity can be generated differently, mainly by solar and wind, so there is no need to destroy the Vjosa. However, we need to have more dialogue between the different stakeholders, including the governmental institutions, to discuss the future of this remarkable river.”

Kalivaç EIA is a farce 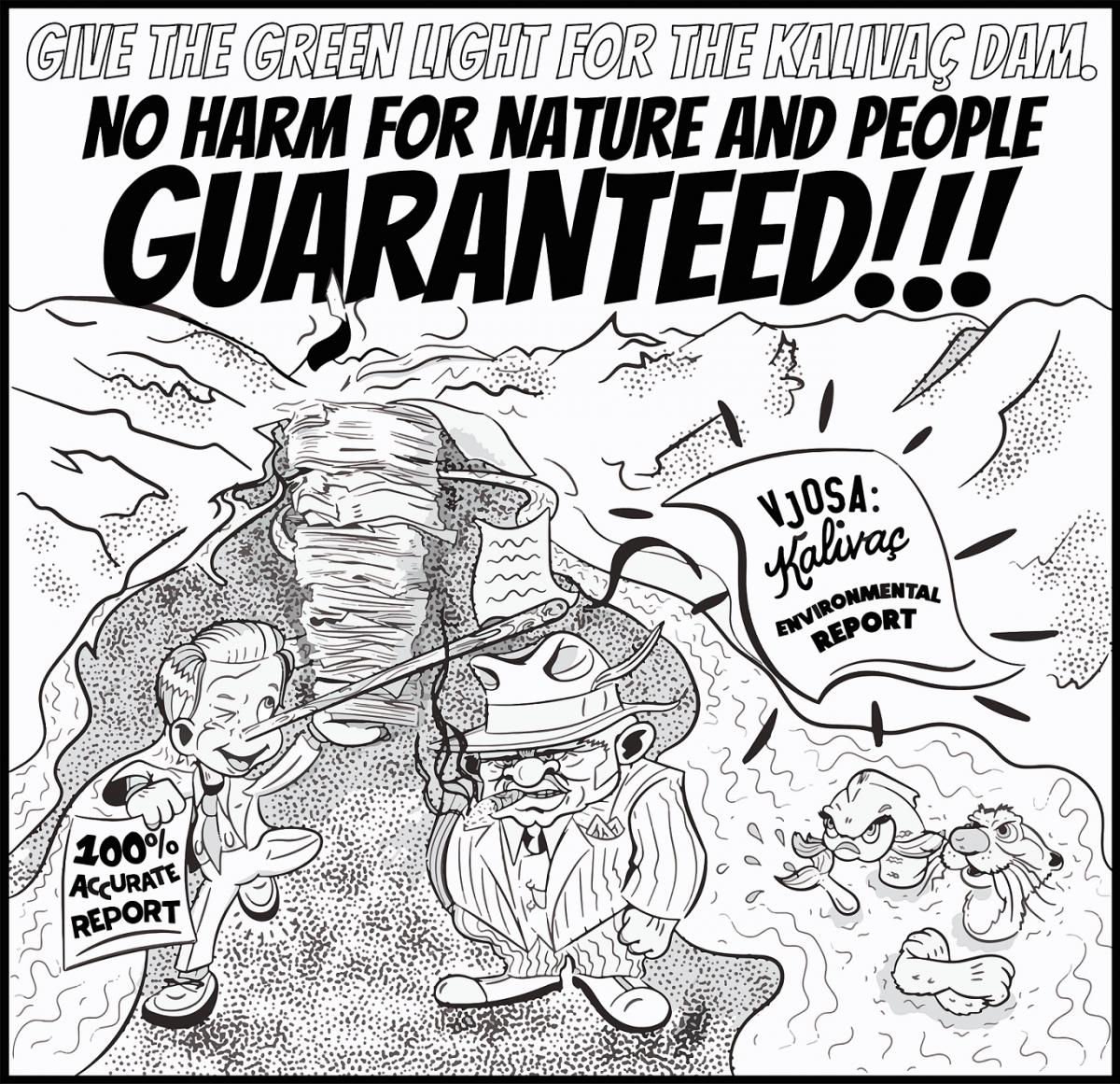 The day before, on September 24th, a roundtable discussion on the future of the Vjosa was held in Tirana at the invitation of the President. Due to the COVID19 situation, only 30 people could participate; next to Albanian and international scientists, ambassadors of several countries were also present. On behalf of over 50 scientists, Prof. Fritz Schiemer and Prof. Aleko Miho presented their evaluation of the EIA (Environmental Impact Assessment) for the planned Kalivaç hydropower plant – a large dam project with a dam wall of approx. 50 meters in height, that would destroy the Vjosa in one blow. Unbelievably, the authors of the EIA, commissioned by the Turkish-Albanian dam consortium, had hardly collected any in situ data of their own, but instead almost exclusively used data that Albanian and international scientists had collected over the past years, but drew completely contradictory conclusions from it.

The experts' conclusion is clear: "The report is strongly biased and clearly falls short of the minimum scientific and legal requirements for such an examination. The whole ESIA report is highly deficient, profound impacts and measures have been poorly assessed or not taken into account at all. And worst of all, the data we have assessed over the last years, has been misused and incorrect conclusions drawn from it."

„This EIA report is unacceptable. Our Minister for Environment must reject this ESIA and cannot issue the environmental permit on its basis. The Vjosa is of international importance and this EIA is a farce,” says Prof. Aleko Miho of the University of Tirana.

The IUCN (International Union for Conservation of Nature) – the global authority on protection of nature, recognizes the international importance of Vjosa River. Andrej Sovinc, representing IUCN’s World Commission on Protected Areas, reminded the participants at the roundtable in Tirana that the proclamation of the Vjosa National Park would, in addition to protecting the river, provide income for the local communities living along it. “The Vjosa River will never be known for its hydropower potential, but it is already known as one of the last braided rivers in Europe”, he concluded his presentation.

"The future of the Vjosa will be decided at the planned Kalivaç dam. If we manage to prevent this hydropower project, the chances of establishing Europe's first Wild River National Park are very high. It is wonderful that the supporters of the national park idea are increasing in numbers," says Ulrich Eichelmann from Riverwatch, who joined the scientists during the events in Albania.