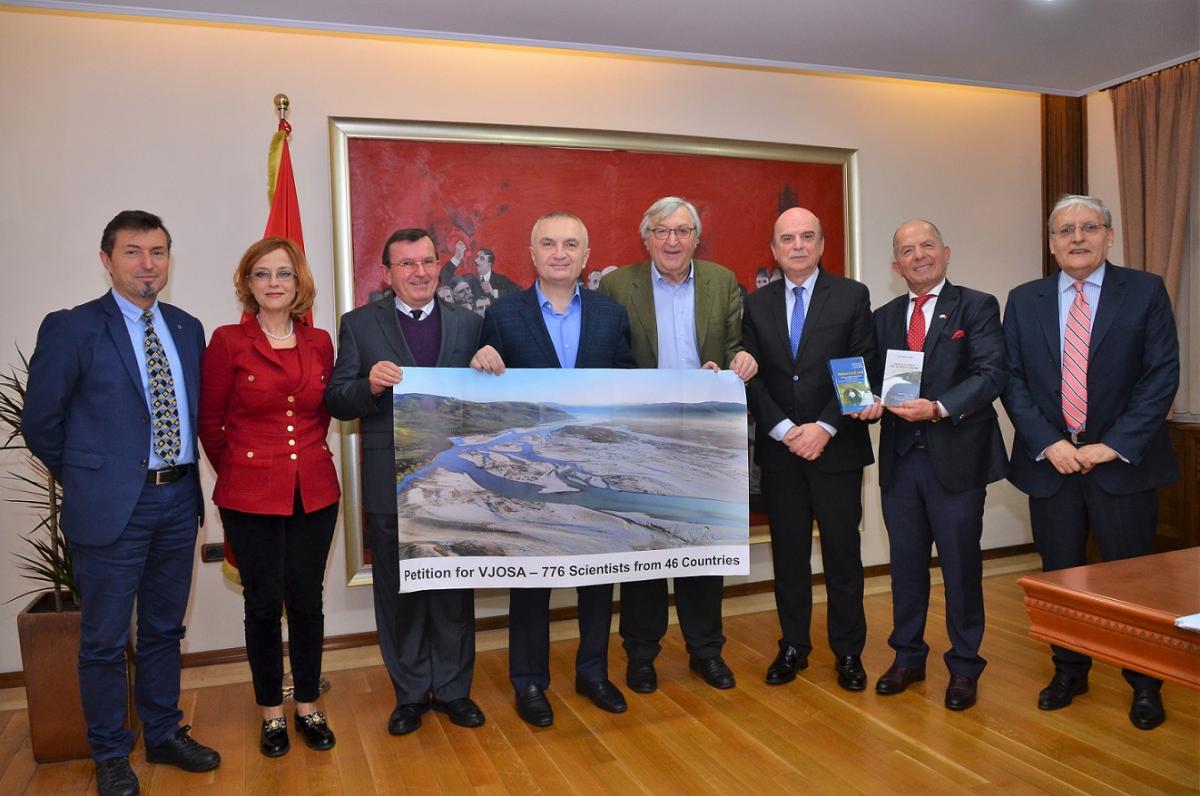 Tirana, 17.2.2020 - In a remarkable press conference in Tirana on February 15th, twelve Albanian scientists, supported by another three colleagues from Austria and Germany, raised their voices for the Vjosa and especially against the ongoing process in regards to the Kalivaç dam project.

Their position is backed by an enormous support from the scientific community: 776 scientists from 46 countries signed a petition to stop the dam process on the Vjosa river and to follow international standards in this matter. Amongst them, some of the most renowned scientists of the world. This is one of the largest science petitions in freshwater ecology globally. Remarkably, the petition was also signed by 129 experts from Albania, which has never happened before in modern history of the country.

The petition is addressed to the Albanian government, namely Prime Minister Edi Rama, Minister of Tourism and Environment Blendi Klosi and Minister of Infrastructure and Energy Belinda Balluku. The signees warn about the risks and consequences of the hydropower dam projects on the Vjosa such as loss of ecological uniqueness, 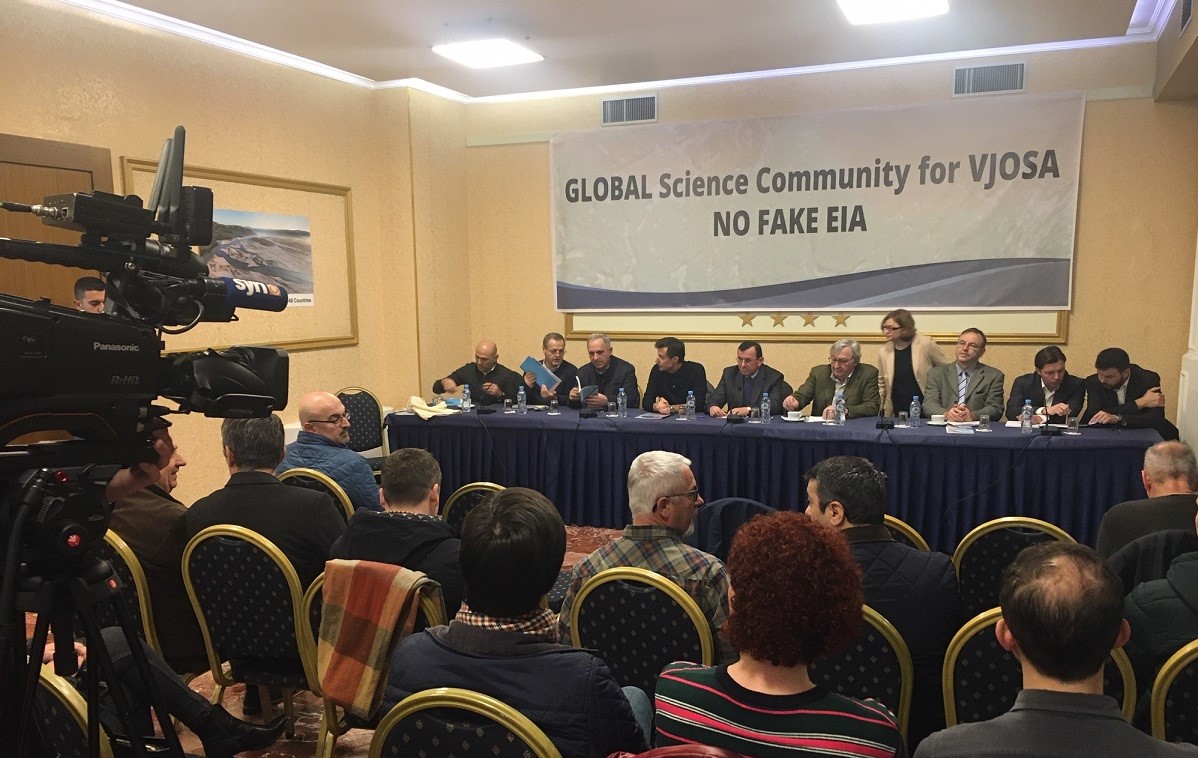 water quality deterioration, groundwater deterioration, hazards of seismic activities, coastal erosion etc. However, neither the Prime Minister nor the Ministry of Tourism and Environment were willing to receive the petition. Instead, and on behalf of the Albanian people, President Ilir Meta accepted the petition and welcomed a science delegation on Friday, February 14th. He underlined his support to protect the last wild river in Europe.  In addition, the petition was handed to the Head of Parliament, Vice Minister of Infrastructure and Energy and the ombudsman in Tirana.

The concern of the scientists proves to be more valid than ever. Recently, the summary of the EIA (Environmental Impact Assessment) for the Kalivaç hydropower project was presented to the public in Memaliaj. Its poor quality indicates that scientific standards and evidence have not been met: the time period for the entire assessment was way too short (just months instead of 2-3 years), no transboundary impact was evaluated, important data is missing. “The whole process, I am afraid, is fake. For years, Albanian scientists together with our colleagues from other countries have offered support in the Vjosa case, but the Albanian politicians have persistently ignored us. However, we continue to speak up not only for the Vjosa, but also for respecting scientific standards in Albania, for the benefit of our people and nature”, says Prof. Aleko Miho from Tirana University.

Prof. Ferdinand Bego from Tirana University adds: “The Vjosa, the only wild river left to us as created by nature, is a river we owe to our future generations. It is the only salvation for us and our future generations, who will live in this country to correct our mistakes and recover wild river life even for other rivers in the country. No environmental analysis, much less the one presented by the EIA in question, may stand or be justified in the face of such a national emergency.”

Prof. Fritz Schiemer, University of Vienna: “Today, the Vjosa is more than a beautiful river in Albania: she is famous in the scientific community all over Europe and even on a global scale. Unfortunately, we have evidence that the Kalivaç EIA is more a caricature of an EIA than an actual serious EIA. Our own assessments prove the enormous value of the Vjosa system. However, further detailed studies for at least 2-3 years are required as a basis for a valid EIA. Apparent risks and hazards of damaging nature, people and economy of the country remain to be addressed”.

In addition, Dr. Klodian Skrame from the Polytechnical University Tirana emphasized a very up to date issue, the seismic risks: “Building a dam in the Vjosa basin is wrong, because the area is one of the most active seismic areas in Albania. The area from Kalivaç to Poçem is bordered by an active fault on the Southern part. Its effects on the present landslides and on hydropower constructions need to be widely defined. Dams with large reservoirs would increase the risks for people that live downstream the dam.”

All scientists confirm that they are willing to support the government, if the government should decide to start a proper process respecting modern scientific and legal requirements. Therefore, the experts are once again calling on the responsible authorities to start an honest process and to stop this misleading, fake procedure in regards to the Kalivaç project. “The Vjosa is of tremendous value for Albania and all of Europe and therefore we will not give up in this matter”, all scientists conclude.