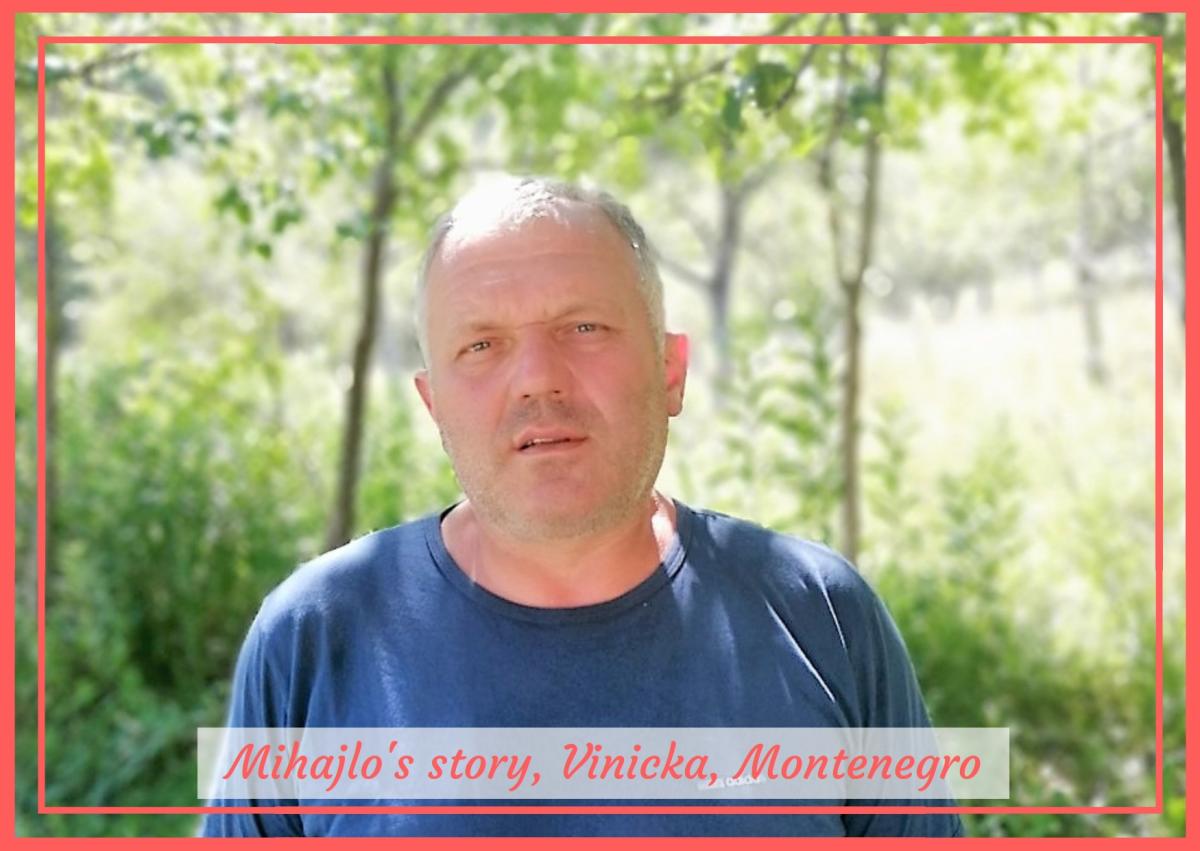 When he was a small boy, perhaps five or six years old, Mihajlo Ostojic witnessed something very strange, something that he thinks he will still remember for the rest of his life. There, on the meadow of his parents’ farm, something small and white shimmered and flipped in the grass. He’d never seen anything like it before. As Mihajlo got closer, he saw that it was two fish - two trout - which had somehow been deposited on the meadow. He looked to the sky and, through the innocence of youth, thought it must have been some kind of small, strange miracle.

It turned out the trout had been forcefully washed from the ancient ‘Jazevi’, the water channels that bring water to the farms from local rivers here in the Berane municipality of eastern Montenegro. They were built by hand in very rough rocky terrain, some of them over 250 years ago. Today, Mihajlo has his own family and farm here in Vinicka, a small village of a few hundred houses. He produces his own fruits and vegetables - including potatoes, onions, carrots, beetroots, peppers and corn - and sells them at the local markets. He is completely dependent on these water channels for his survival. 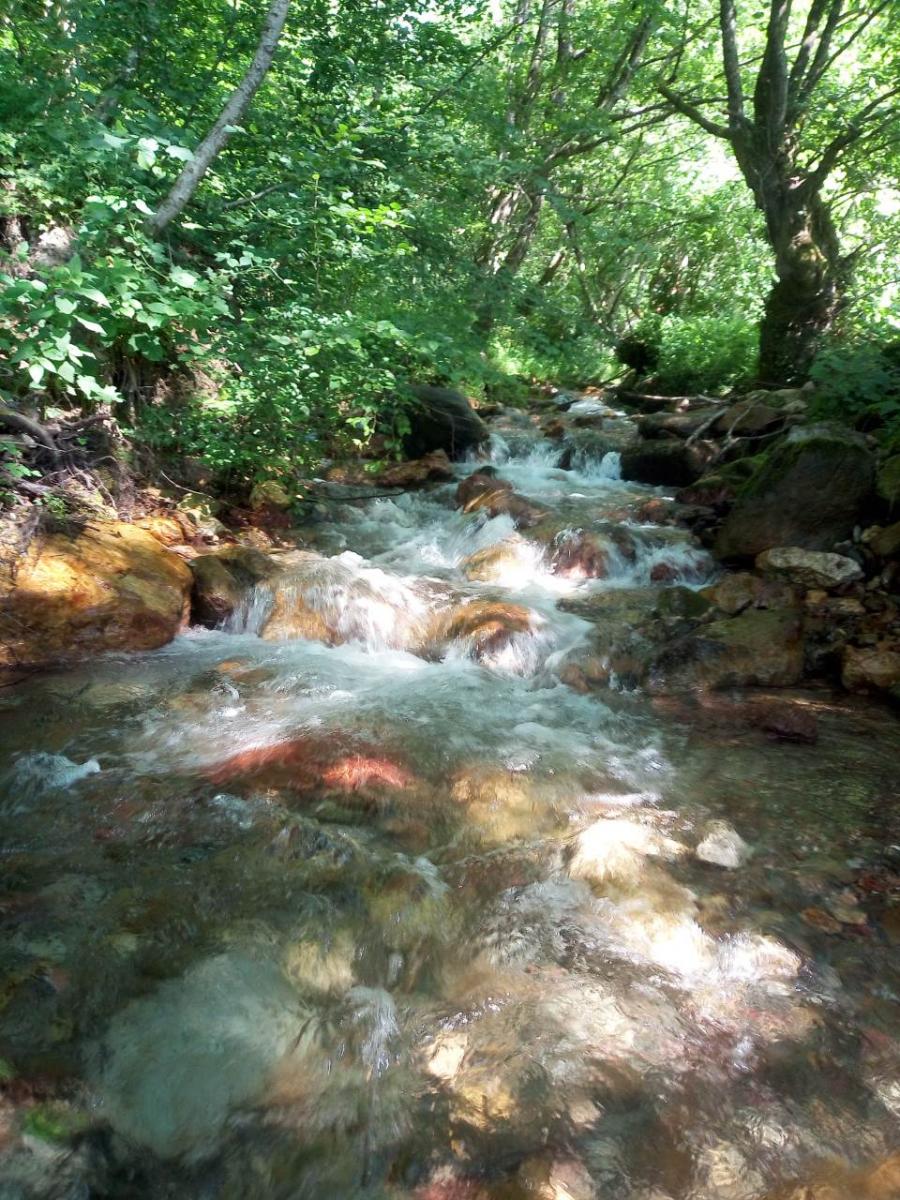 Mihajlo, however, recently heard about something that could put his livelihood, and that of other farmers in his village, at risk. Only about 100 metres from the edge of his farm, there are plans to build a small hydropower plant on the Vinicka River. Mihajlo believes this will be the end of his farm. He knows the soil here is porous and he cannot irrigate through other means. He has seen first hand the devastating impacts of small hydropower plants on small farms in other parts of Montenegro. But it’s not just because of the agricultural impacts that Mihajlo is now engaged in opposition against the plant. He knows that the small hydropower is the enemy of biodiversity and fish populations would plummet if the plant were built. Their small but beautiful Vinicka River, with its source in the wooded hills to the west, would be destroyed. Mihajlo estimates that the drinking water to about 400 households would be impacted by the plant, and this is extremely concerning given how much effort and money they have invested in securing a fresh, clean water supply to local houses. It’s a challenging situation because the person wanting to build the plant also lives in Vinicka. The investor is closely linked to the ruling political parties, but Mihajlo believes they know that the opposition to the project is strong and that the plant is very unpopular in the village.

Mihajlo has been a leading voice against the hydropower plant and he has the support of the village behind him. A local survey found that 413 locals were against the plans, and only 5 people supported it 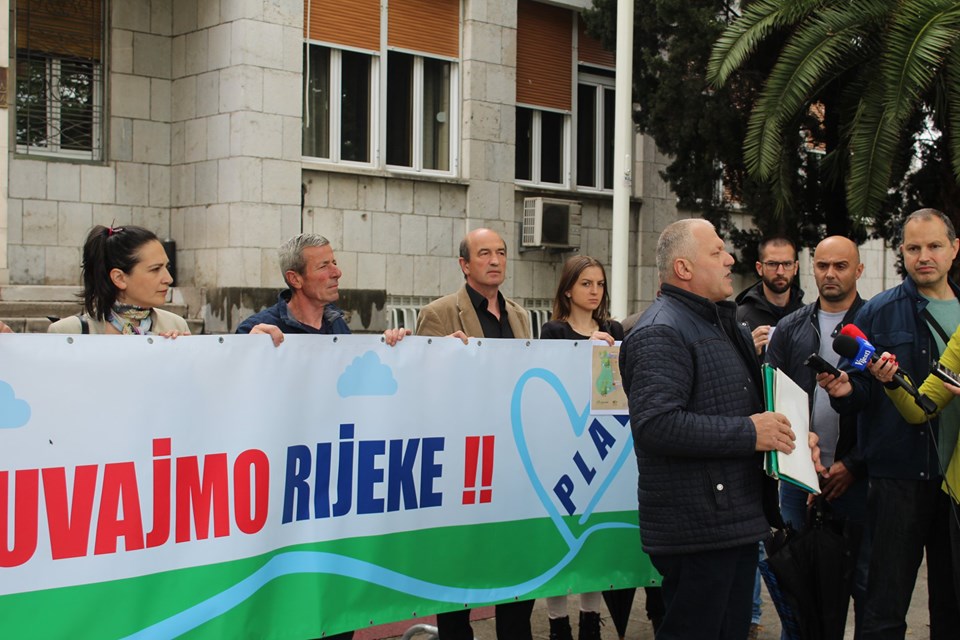 When Mihajlo first found out about the plans a few years ago, he was not fully aware what would happen to the river. He and other locals were not invited to the public hearing. Since then, Mihajlo has been a leading voice against the hydropower plant and he has the support of the village behind him. A local survey found that 413 locals were against the plans, and only 5 people supported it - a clear majority of local villagers do not want their river destroyed. At a public protest in Berane last year, Mihajlo spoke passionately about the social impact the plant would have on the Vinicka. Since then, environmental organisations, including Green Home, have helped local communities raise awareness of the impact of small hydropower plants to the national level. Mihajlo and other community members have made clear their opposition to many ministries of the Montenegrin government. And the government just may be starting to listen. In May, 2019, it indicated that it might begin to re-examine its support for small hydropower plants in the country. But Mihajlo will not rest until the plans are clearly cancelled. Despite the Constitutional Court having previously overthrown the building permit for the plant, the permits were issued again within only 15 days of the court date and construction could now commence at any moment. Mihajlo hopes the hydropower plant on the Vinicka River will go the way of the recent victory on the Komorača River where the Administrative Tribunal of Montenegro annulled the decision of the Ministry of Sustainable Development and Tourism to issue a planning permit for a small hydropower plant. Mihajlo is well aware of the fight that took place against the Komorača plant and his community is receiving support from locals and environmental organisations that helped stop it.

When asked whether he thinks the same luck could be cast on the Vinicka River and the hydropower plans be beaten, Mihajlo’s personal response reveals his deep commitment to the river. “Rivers are a basic condition for our lives” he says and his resistance will not be weakened by “fear or even blackmail”. He welcomes the support of environmental organisations and pleads to all international investors in Montenegro energy projects to heed their voice against hydropower.

When he was five or six years old, Mihajlo believed in the miracle of the two trout ‘dropping from the sky’ onto his parents’ farm. Time has aged him a little, and he doesn’t believe in miracles anymore, least of all the ‘greenwash’ of hydropower. He’s more down to earth these days. He firmly believes if their hearts remain strong, and their minds understand the need to remain united, the local community will not give up, and no matter how long it takes, they will eventually prevail.