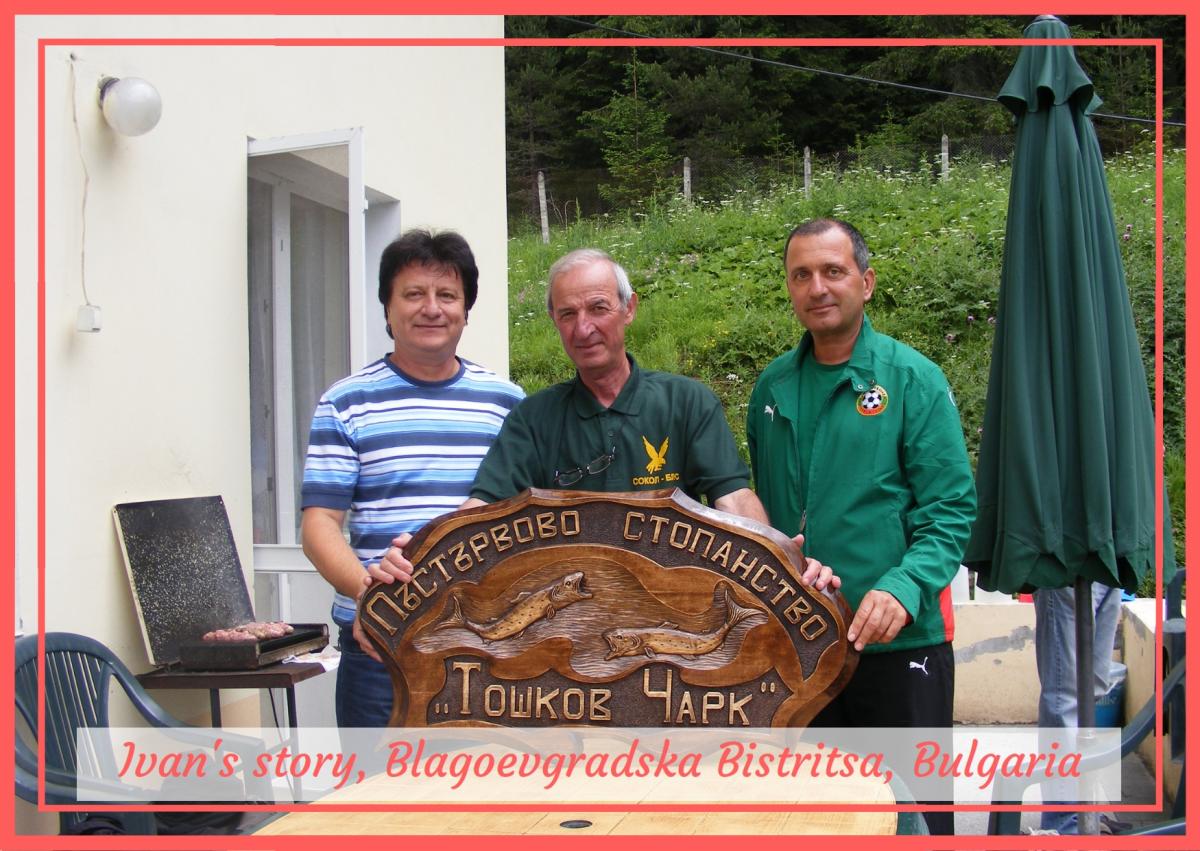 They wish they’d known earlier. They did not know it would be like a robbery. They did not think it would take away something that they loved. They don’t blame themselves; they weren't the ones who did it, but still they wish they’d known. When the plans for the small hydropower plants on one of their favourite fishing rivers were proposed, they were told that everything would be OK. There would be no impact on the water, the fish populations would be fine. And so would the river.

How wrong they were. And how they would like to turn back the clock.

Through perverse subsidies, the uneconomic became economic, and a wave of mainly small hydropower plants - equally damaging as larger ones - spread across the country

The Blagoevgradska Bistritsa River, in south western Bulgaria is a long way from Brussels. But institutions of the European Union are in the possession of a mountain of documentation about what is happening to rivers in Bulgaria. The documents define in detail the drying out of river systems, the decimation of fish populations and the breaches of national and international legislation. People there are angry about it, and they want things to change - they want their rivers protected. One of these people is Ivan Mishev, the president of the Balkanka 2009 Fishing Association.

In recent years, many Bulgarian rivers have been diverted and dammed - degraded and dried out - by hydropower plants and river diversion schemes. During the accession process of Bulgaria to the European Union, the Bulgarian government passed laws that gave incentives to companies to build hydropower plants. Through perverse subsidies, the uneconomic became economic, and a wave of mainly small hydropower plants - equally damaging as larger ones, particularly when built in ‘cascades’ - spread across the country. Before the impacts on important environmental and social values could be assessed, the plants were built. The rivers, and the plants and animals that depended upon them suffered. And so too, did people.

Ivan Mishev doesn’t consider himself to be ‘dark green’. In his spare time, Ivan loves nothing more than to go fishing. He grew up on the rivers around his home of Blagoevgrad. As a young boy, he learned the quiet art of fishing and loved nothing more to spend time on the water’s edge, waiting for that magic niggle on the line. But it is very different now on the Blagoevgradska Bistritsa. Ten hydropower plants have been built on the river and more are proposed. According to the Balkanka Assocation, an organisation principally concerned with the protection of river biodiversity and the survival of the Balkan trout, all of these were built illegally without proper permits required by law. The impacts of these 10 plants has become plain to see - where once the river ran deep, there are now shallow pools, and often large sections of the river bed are completely dry. If these plants were not bad enough, it was the next phase of hydropower development that pushed the river over the edge. The town of Blagoevgrad gets its water supply from the river - about 9 million m3 of water per year. Hydropower plants were recently installed on the supply pipes and increased the water intake to 24 million m3. The river has been sucked dry - large sections of the river are now completely out of water. Fish populations have collapsed and Ivan and the other 100 members of his fishing association can no longer fish there.

Ivan explains that one of the biggest problems with the hydropower construction - apart from the fact that the concessions were never granted, and they were built unlawfully - is that the cumulative impacts of all of the plants together were never assessed. Each time one was built, the community was told there would be no impact as the plant was a ‘small’ one. But the combined impacts of all the ‘small’ dams, Ivan points out, have been catastrophic for the rivers. Ivan describes the times when he would regularly catch trout around 60 cm long in the lower section of the river. He adds sadly, “There are no fish like this left now. This is now history.”

Ivan knows the river well and understands what other impacts the hydropower plants have had on the surrounding environment. People used to irrigate their crops by taking just what they needed from the river, but this is not longer possible. There is simply not enough water left. He used to see more wildlife around the river, but that too has gone. Deer and wolves have moved away as there is no water left for them here. Families no longer come to picnic at the river, the boisterous shouts of kids playing in the water are now gone.

Ivan is not unhappy that the Blagoevgradska Bistritsa River supplies water for the city to drink. It is the hydropower plants, many built with the finance of the European Bank for Reconstruction and Development (EBRD), with which he and many others in his fishing club have a problem. Ivan works closely with organisations such as Balkanka Association in appealing to the European Union and investors in the renewable energy sector to stop financing hydropower in Bulgaria. “How can someone call something that destroys rivers ‘renewable’?”, Ivan says. It’s more a statement, than a question.

The Blagoevgradska Bistritsa River, especially those sections most impacted by the hydropower plants, can hardly now be called a river. It’s water has been stolen. This happened under a stealth of lies, and not much now can be done about what has already been built. Not in the short term. But the amount of water that is taken from the river for the hydropower plants in the supply pipes can be given back. It will take a fight, but Ivan and his supporters, whose memories of the former river are still very much alive, are up for it.