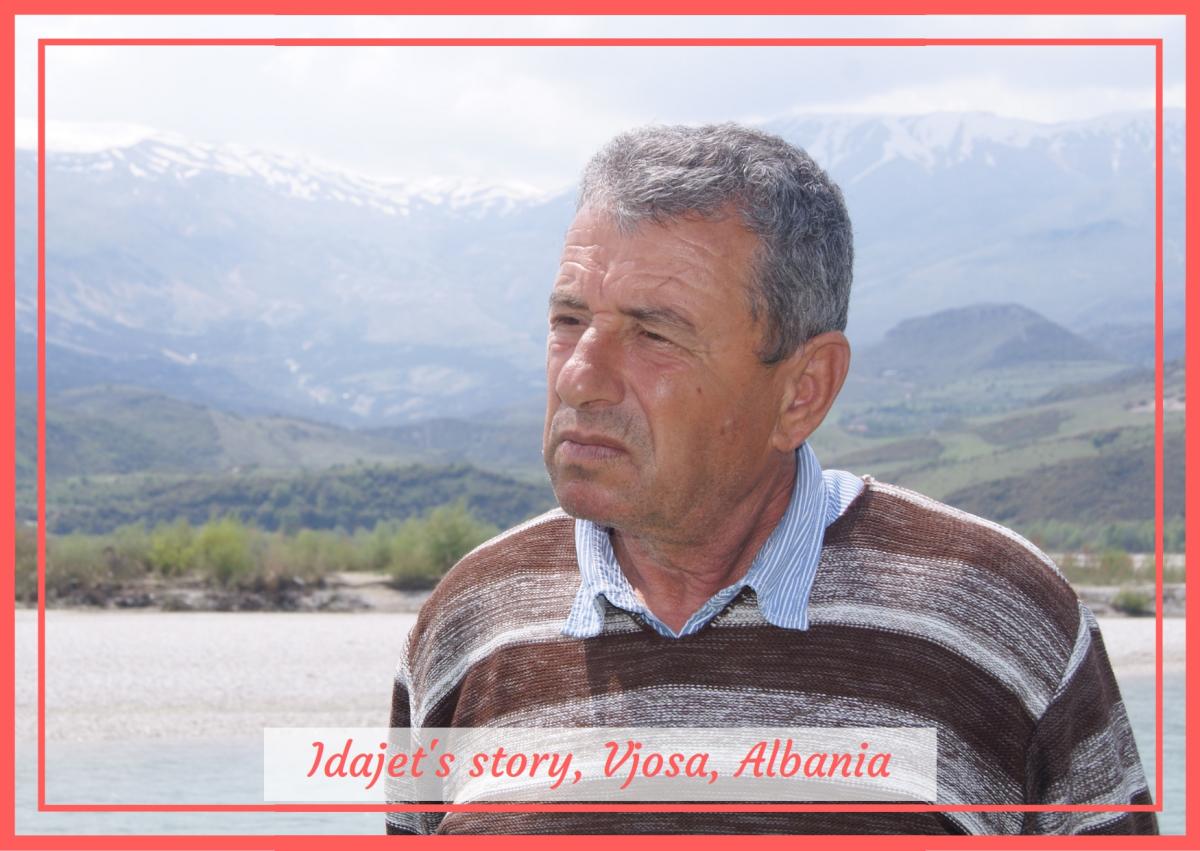 Sitting at the old wooden table at the back of his house, the man stares at the folded, weathered lines in his hands. He lifts his head, and his eyes survey the scene before him, just like they have a million times before. His focus shifts to his small field of crops, and then down and out across the river. The man knows there is a modern world out there, across that flowing water, but he is not familiar with it. His life is here on this small plot of the land overlooking the river. He was born here and he knows his life will, at some point, end here. To pack a bag and drive to Tirana, Albania’s capital, is something Idajet would very rarely do.

Idajet lives a subsistence life, mainly from the 70 odd gnarled olive trees that were planted by his family members generations ago.

Idajet Zoto pushes himself up from the table, pulls on his work gloves and goes to fetch his wooden hoe to tend his tiny crop of wheat. His movements are slow yet deliberate. He is not in a hurry, life on the river here has taught him that, but he knows if he doesn’t keep up with the weeds, they will get the better of him. His one cow, part of his family now, needs to be fed and watered daily, even on Sundays. Here, in Anëvjosë - the small village that takes its name from the mighty Vjosa River - Idajet lives a subsistence life, mainly from the 70-odd gnarled olive trees that were planted by his family members generations ago. On the Vjosa, Idajet’s life goes, as they say, with the flow of the river. 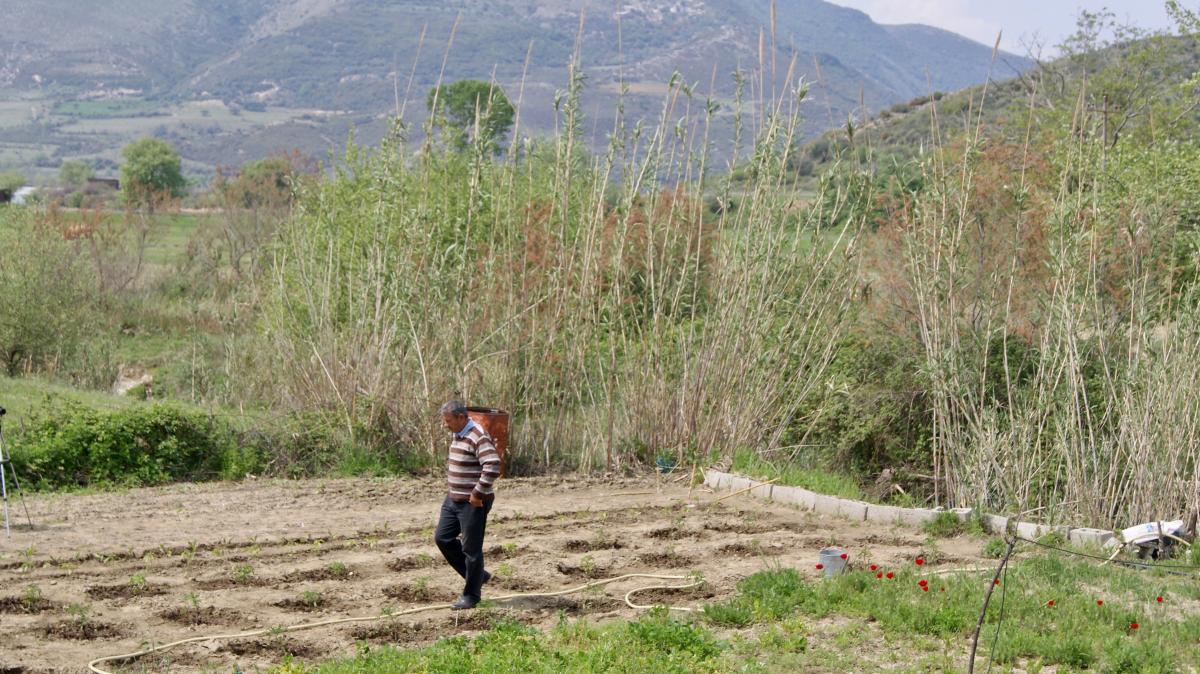 But there is a giant shadow looming over Idajet’s humble farming existence. A few kilometres downstream, the enormous Kalivaç hydropower construction site sits idle. Years ago, the Italian company came and its machines carved up the banks of the Vjosa, but the plant was never finished. Years of delays, legal battles, funding disputes and public opposition led to the original contract eventually being cancelled by the newly elected Rama government. Around village kitchen tables, Idajet heard stories of corruption, money laundering, harassment and the mafia. Had the plant been built, Idajet’s land, along with many others in the village would have been flooded and his livelihood drowned behind a giant dam wall. Idajet and other villagers did what they could at the time to fight against the project. When the Italian company’s contract was cancelled, Idajet and his wife celebrated with others in the village.

But that joy was short-lived. Almost as quickly as the Albanian government cancelled the Italian company contract, it issued a new concession process, this time to a Turkish-Albanian consortium to complete the project. The giant shadow had immediately returned to the Vjosa. 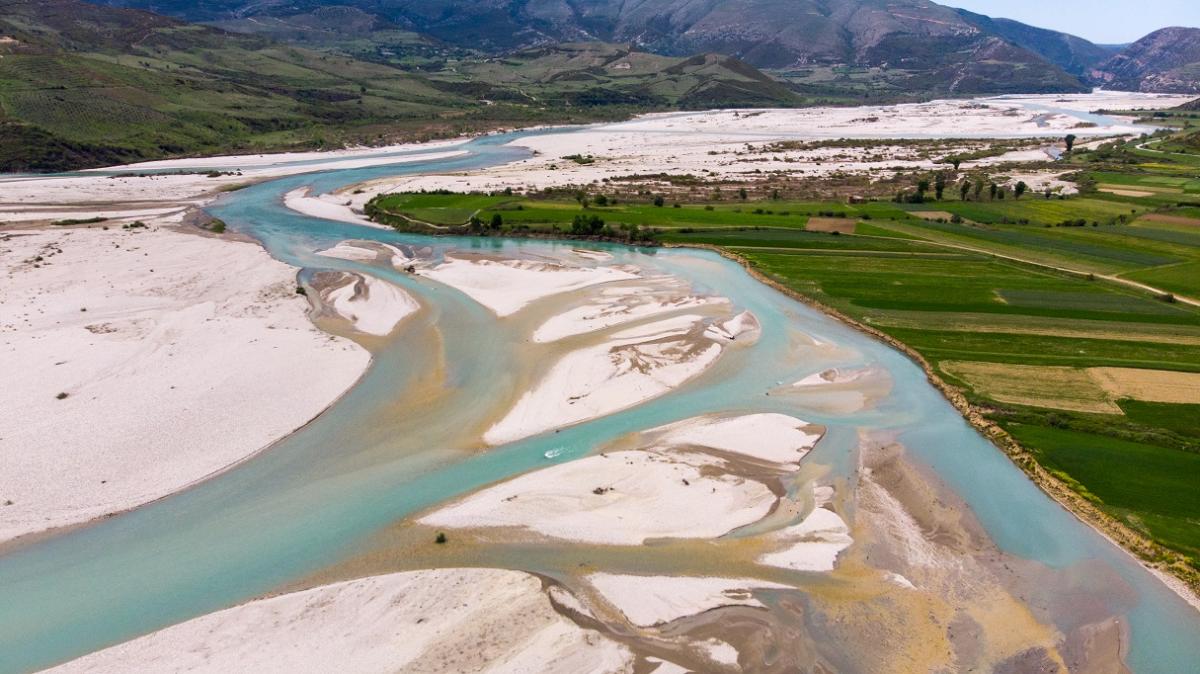 When his three children were young, hardly a warm day went by when they wouldn’t swim together and bathe in the river. They didn’t need to travel to the Albania coast, their beach was here. Idajet loves his river and knows it’s special, but he was still pleasantly surprised when a large team of international scientists came here in 2017 to study it. When asked about whether he knows the Vjosa is Europe’s last large wild river, he smiles and proudly nods, as if the secret is his alone. Idajet doesn’t know the details about the myriad of species and habitats that are universally important here, but he has once again joined with other villagers and environmental groups, including EcoAlbania, to fight to protect the river’s wild and natural values.

Idajet is one of 39 individuals who has given his power of attorney to lawyers to take the new hydropower project to court. Proper assessments, required by law, have not taken place. The 39 individuals are not alone in their concern for the Vjosa. Both the European Parliament and the Bern Convention have urged a re-think of hydropower plants on the Vjosa River. Last year, when Idajet was bathing in the river, he met a German man who jumped in the river at the same spot to swim. On the banks of the river, they found a means to communicate. The man had come a long way just to see the Vjosa. He had wanted to visit the last wild river in Europe. They exchanged pleasantries and Idajet returned home buoyed by the hope of action from supporters of the Vjosa in the European Union. He has lost faith in the local and Albanian governments.

When the first concession was granted, the Italian company owner claimed that it would bring great economic benefits to the region. He promised he would live in the village, above the reservoir it would create, and even built a house there. Idajet laughs at this theatre. The house lies silent, just like the empty promises of economic utopia that the dam would bring. Idajet is used to the lies. Recently, when three representatives of the project came to his village, he and the other villagers made it clear that they didn’t want the dam. The company people left, and the village is left to wonder what will happen next.

When asked what he and the other villagers will do, if the construction is approved, Idajet’s reply is frank. “We will do the impossible,” he says. “We will fight it through the courts, and then there are other roads we can take as a population.” Idajet fought the first dam at Kalivaç, and he will fight this one as well. If it comes to it, he’ll fight the next one, too.