Vretenar is a percid fish endemic to Macedonia, listed in Kottelat & Freyhof (2007) from the middle reaches of the Vardar River and its Treska tributary; however the authors noted that the species may be extinct. Arsovska et al. (2014) recently report the species from the upper Treska drainage, with a single find in a small tributary (Belica River) of the Treska River, above a reservoir. The IUCN listing is data deficient and needs updating; considering this very limited distribution and the assumed sensitivity to habitat changes, we recommend a status of critically endangered. The potential range of the species in the upper Treska drainage needs to be investigated, Zingel sp. are normally inhabiting larger rivers, and thus we presume the species is not limited to this single tributary. 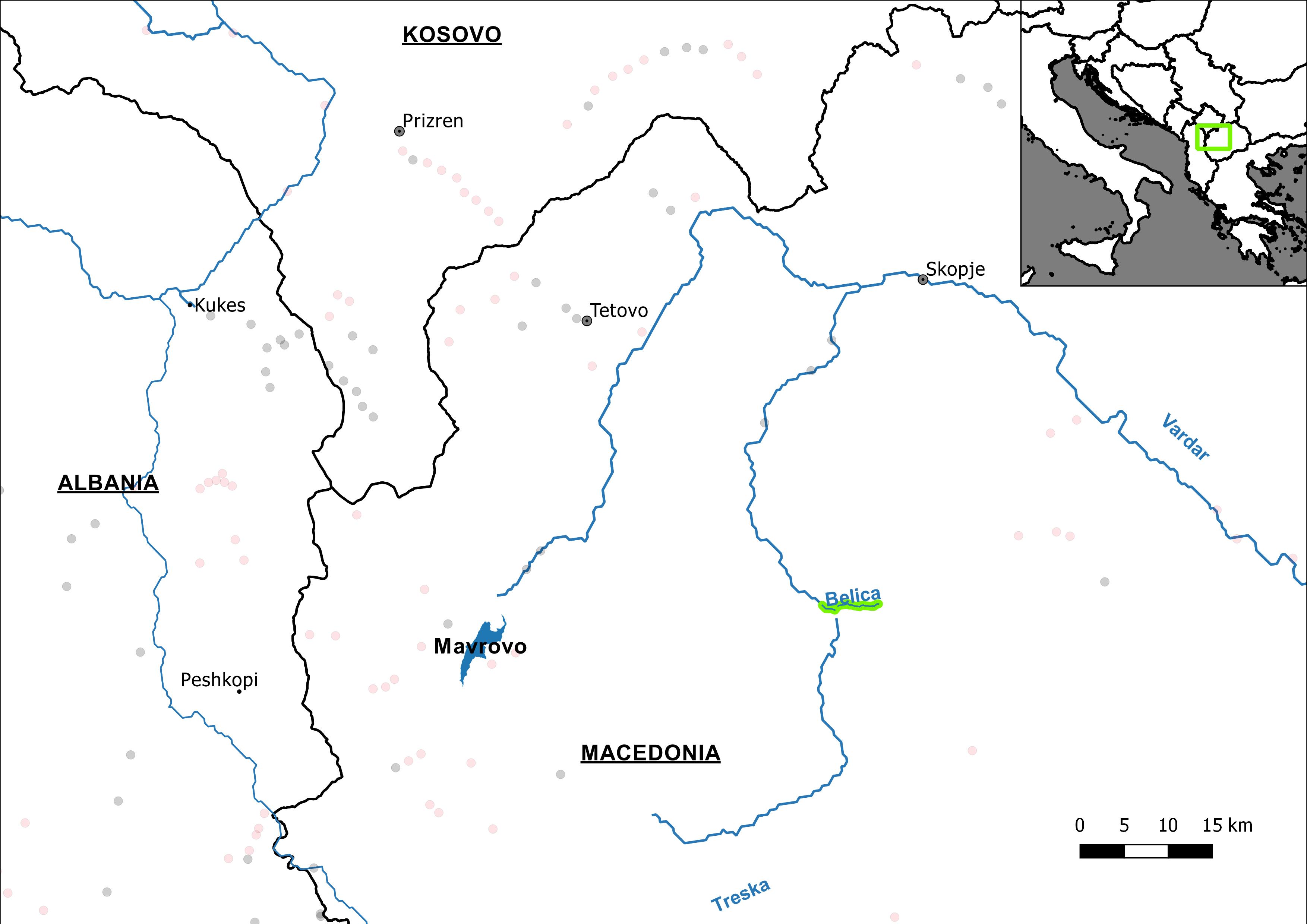