The Ukliva dace is one of nine species of karst dace (Telestes) endemic to the region. The Ukliva dace is endemic to Croatia and was previously reported to be extinct; the species was rediscovered in 1997 (Zanella et al. 2008) and is found throughout the Cetina River (Valić et al. 2010), a regional hot spot for endemic fish species in the region. Ukliva dace inhabit slow-flowing waters and springs, and are able to colonize still waters but is extremely sensitive to introduced invasive species, water pollution and water extraction (Mihinjač et al. 2014, Freyhof 2012).

At least eleven planned hydropower schemes in the Cetina River catchment threaten the global existence of the Ukliva dace, along with eight other threatened or endangered species in the river. The dams would promote the spread of invasive species and disrupt both the surface and underground hydrological regimes, to which these sensitive species have adapted. 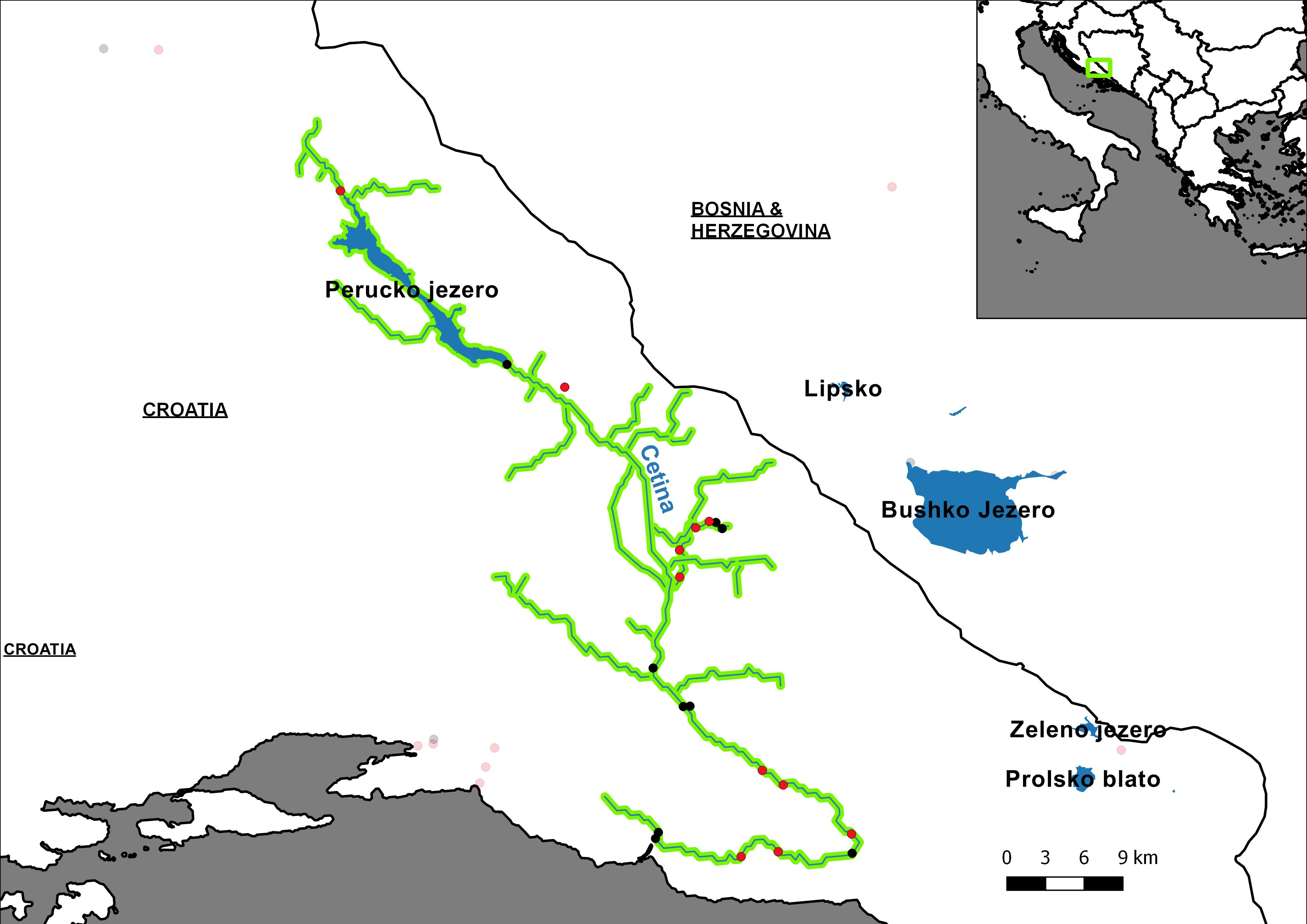