Cikola riffle dace is one of nine species of the karst dace genus Telestes found in the region. The Cikola riffle dace is found only in the Čikola and Vrb rivers of the Krka catchment (Ćaleta et al. 2015). Once thought to be extinct – these dace inhabit slow-flowing waters and springs, and are able to colonize still waters but are nonetheless extremely sensitive to introduced species, water pollution and water extraction (Mihinjač et al. 2014, Freyhof 2012).

Three planned hydropower facilities in the Čikola River threaten the populations of this sensitive karst species by promoting the spread of invasive species and disrupting the hydrological regime, potentially of subterranean habitats in unpredictable ways. 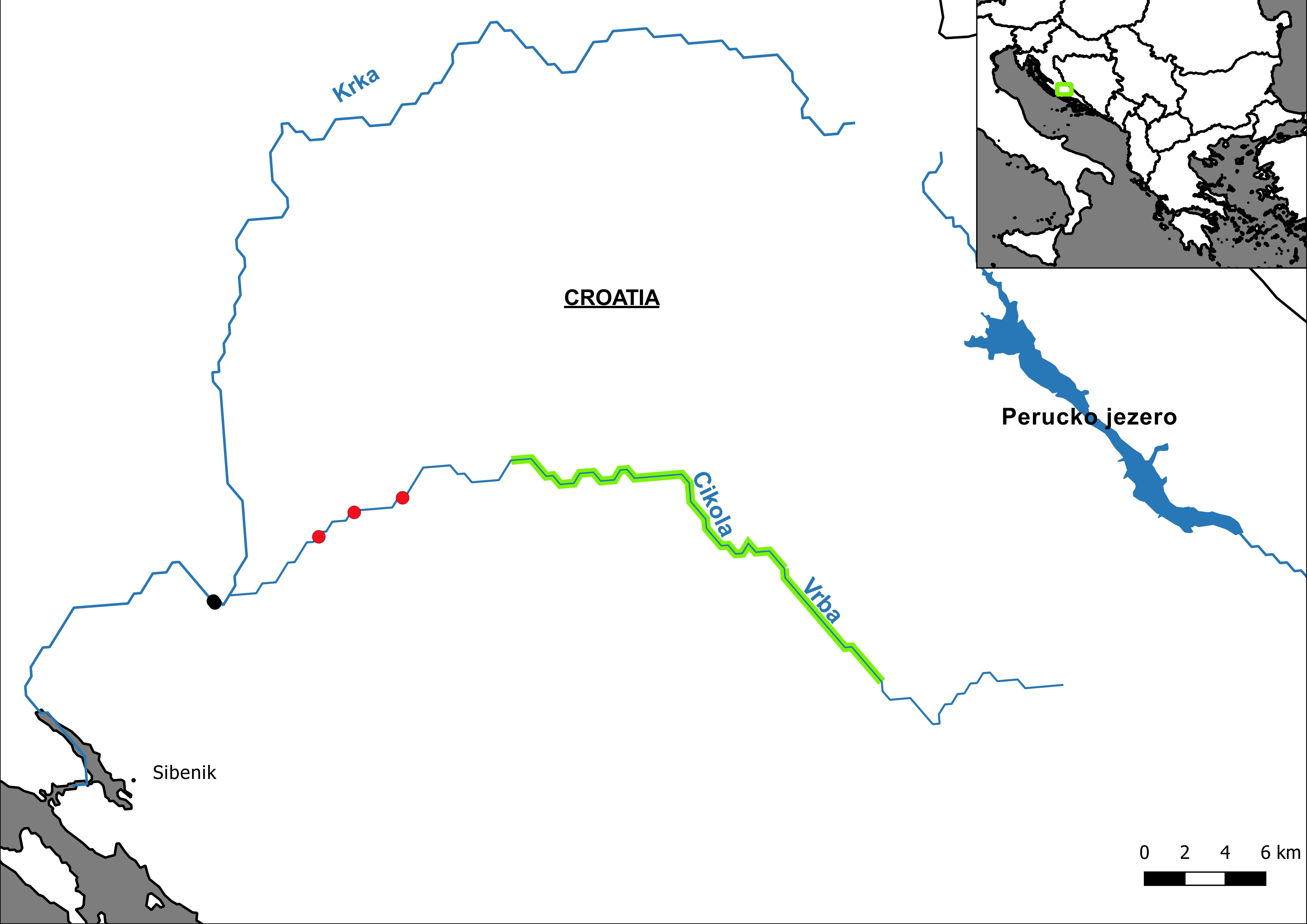