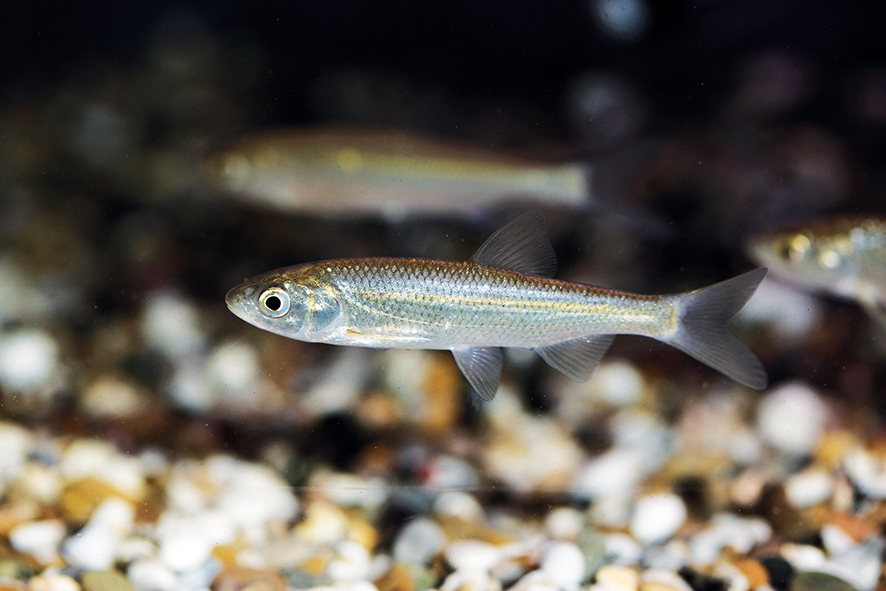 The Neretva chub is thus far confirmed from the Neretva basin including the Matica River and the Trebišnjica and Ljhuta drainages (Pira et al. 2012, Ćaleta et al. 2015). The Nerertva chub is the smallest regionally endemic chub, reaching sizes of 20 cm SL (Ćaleta et al. 2015). Diet studies have been carried out on Lake Deran and the Bregava and Krupa rivers from the lower Neretva basin in Bosnia-Herzegovnia (Ivanković et al. 2011). The species enters subterranean habitats to avoid adverse hydrological conditions, but also requires fast-flowing waters for spawning and thus is vulnerable to hydropower if spawning grounds are blocked (Freyhof 2012). More widely distributed in the Neretva basin than other members of the genus.

Extensive hydropower planning in the upper Neretva basin threaten ca. 25% of the Neretva chub’s habitat. These areas are also home to softmouth and marbled trout. 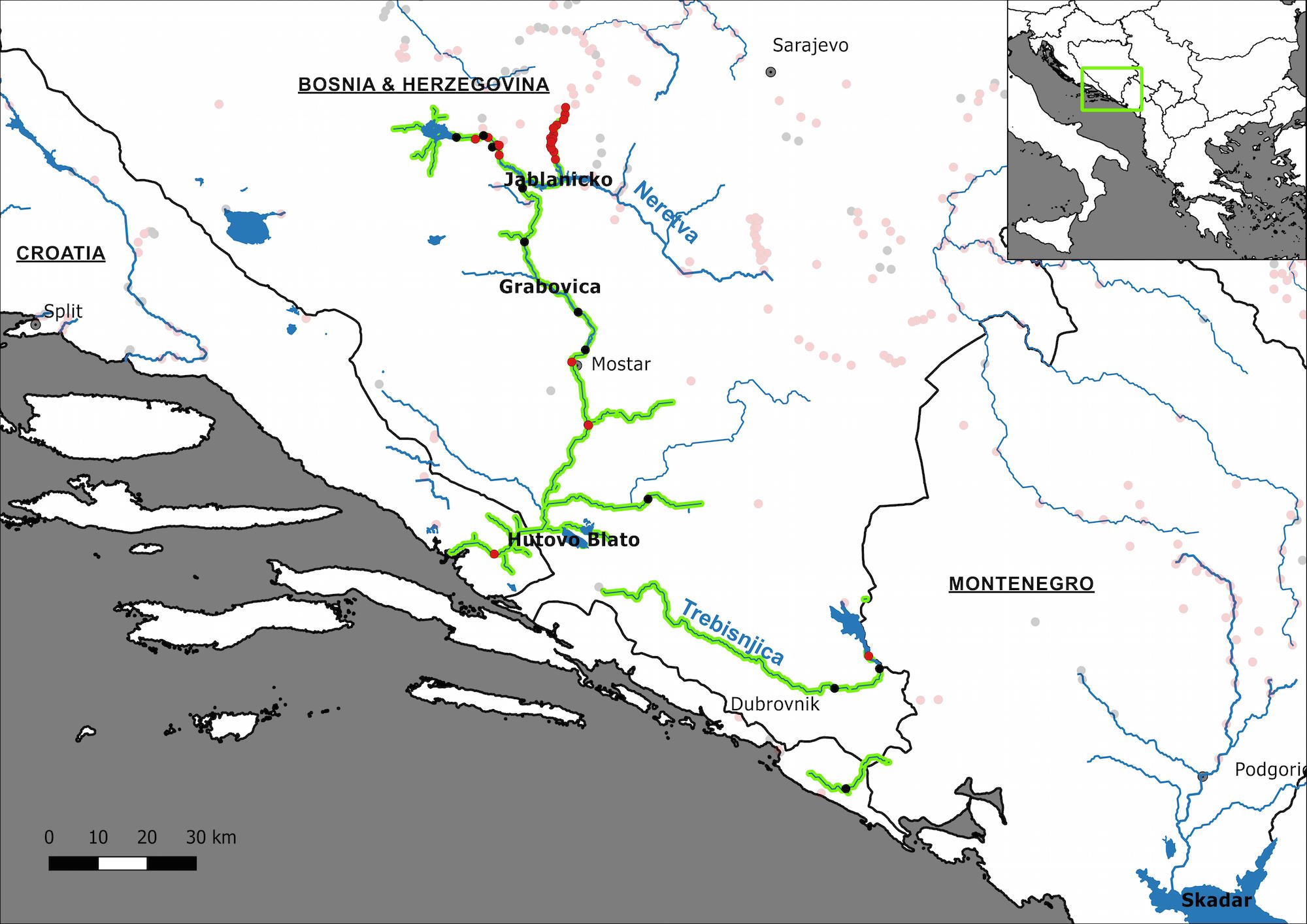