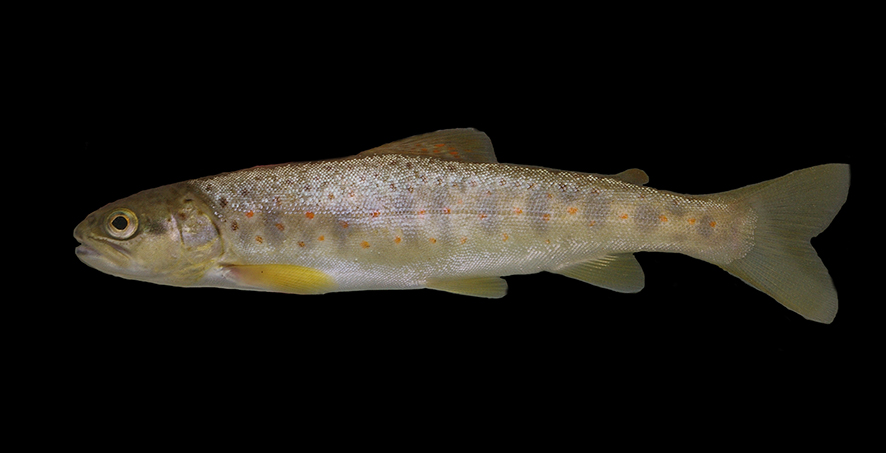 Prespa trout is one of nine endemic fish species to the Prespa Lake basin. These trout persist in small tributary systems of the lake; Leva Reka of the Golema system and Kranska and Brajcinska rivers in Macedonia, and the Agios Germanos system in Greece (Berrebi et al. 2013). The stream habitats where Prespa trout live are between 9 and 16 km long (Koutseri et al. 2010). The occasional lacustrine phenotype may also stem from stocking (Kottelat & Freyhof 2007). However, individuals (N = 5) thus far genotyped have been assigned to tributary populations (N = 4, Kranska River) or admixture (N = 1) (Berrebi et al. 2013). Water abstraction for irrigation and degraded water quality are currently the most important threats.

Three planned dams on the Agios Germanos (Ayros) tributary in Greece would threaten one of the four remaining sub-populations of this species – along with a spawning migration of Chondrosoma prespense. 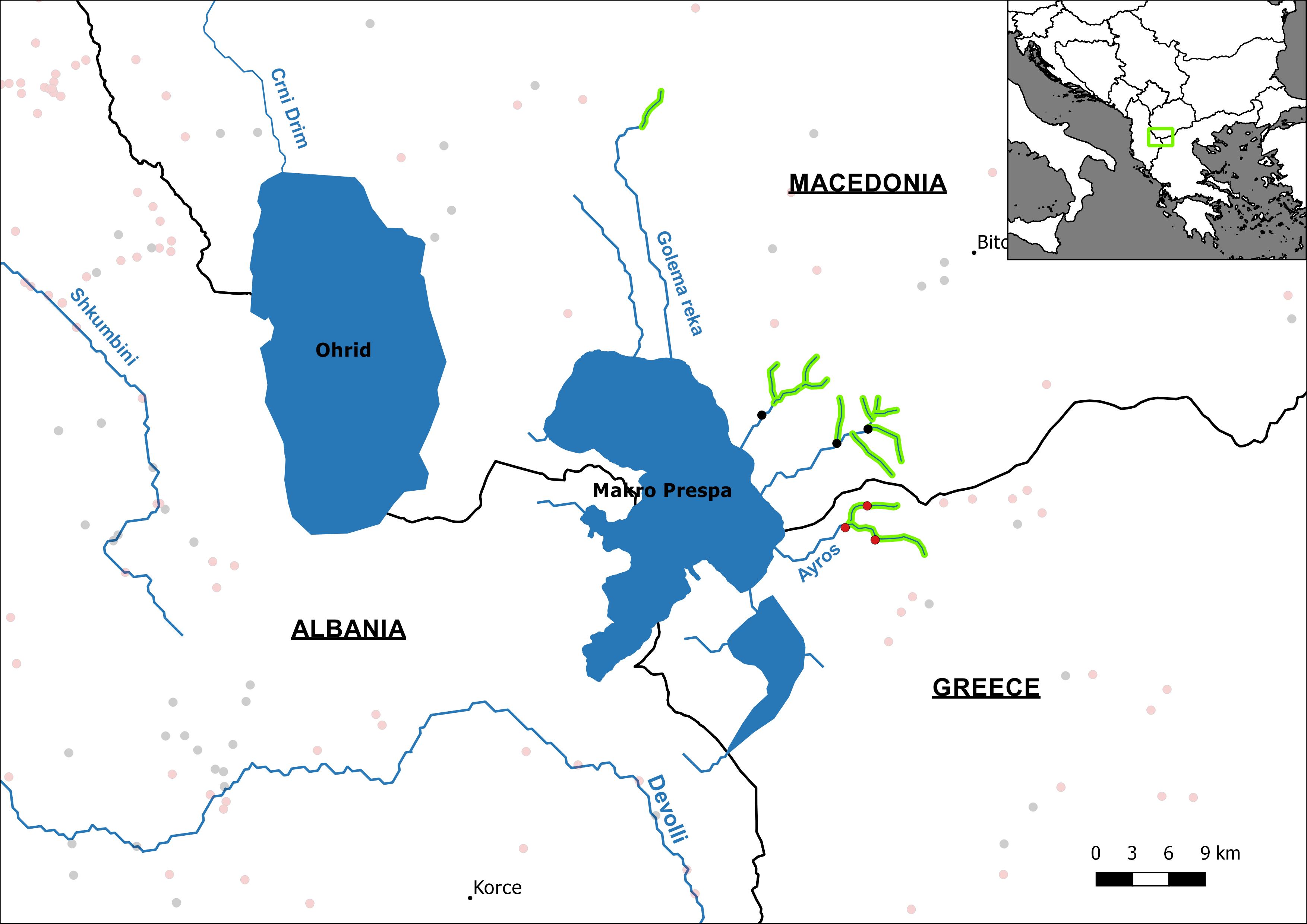