Softmouth trout are the most intriguing member of the genus Salmo; previously known as Salmothymus (Stearly & Smith 1993). Five distinct populations exist; in the Jadro (Sušnik et al. 2007), Vrljika (Snoj et al. 2008) and Krka rivers of Croatia, the Neretva Basin in Bosnia-Herzegovina (Snoj et al. 2002), and the Zeta and Morača rivers) in Montenegro (Mrdak et al. 2012, Mrdak, pers. Comm). The taxonomic status of these populations remains controversial, so each deserves protection. The population in the Krka River is on the brink of extinction. Several small fragmented sub-populations have been recently found in the Trebižat and Bregava systems of the lower Neretva basin (Glamuzina pers. comm.). Jadro River softmouth have also been transplanted into the Žrnovnica River (not shown). 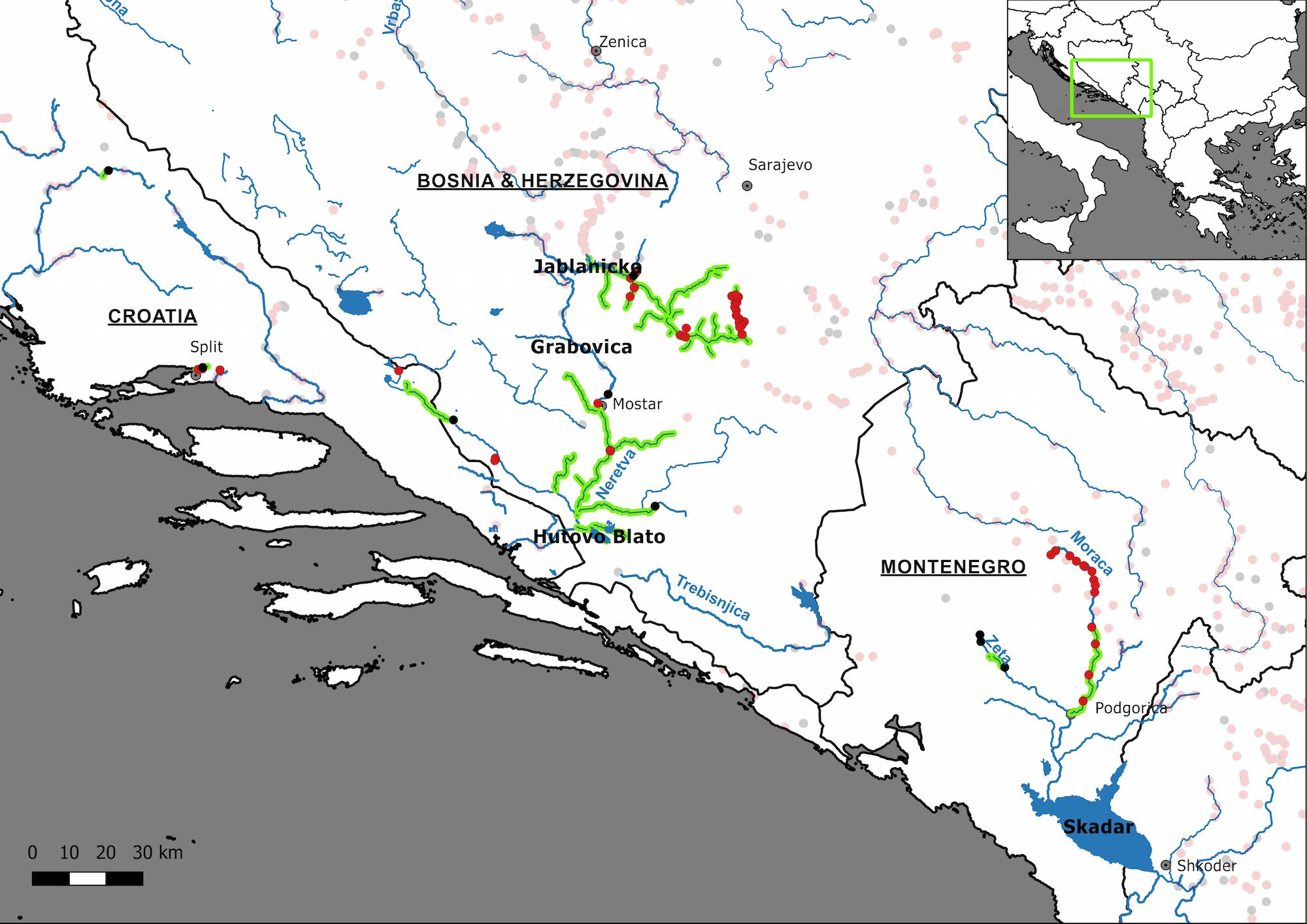