Construction of medium-to-large sized hydropower schemes in the Sava drainage in Slovenia (e.g. Mokrice and Brežice) have likely eliminated the largest spawning populations of the species in that region; continued hydropower expansion on the Sava threaten at least 50% of the species distribution in the Balkan region and perhaps a greater percentage concerning abundance. 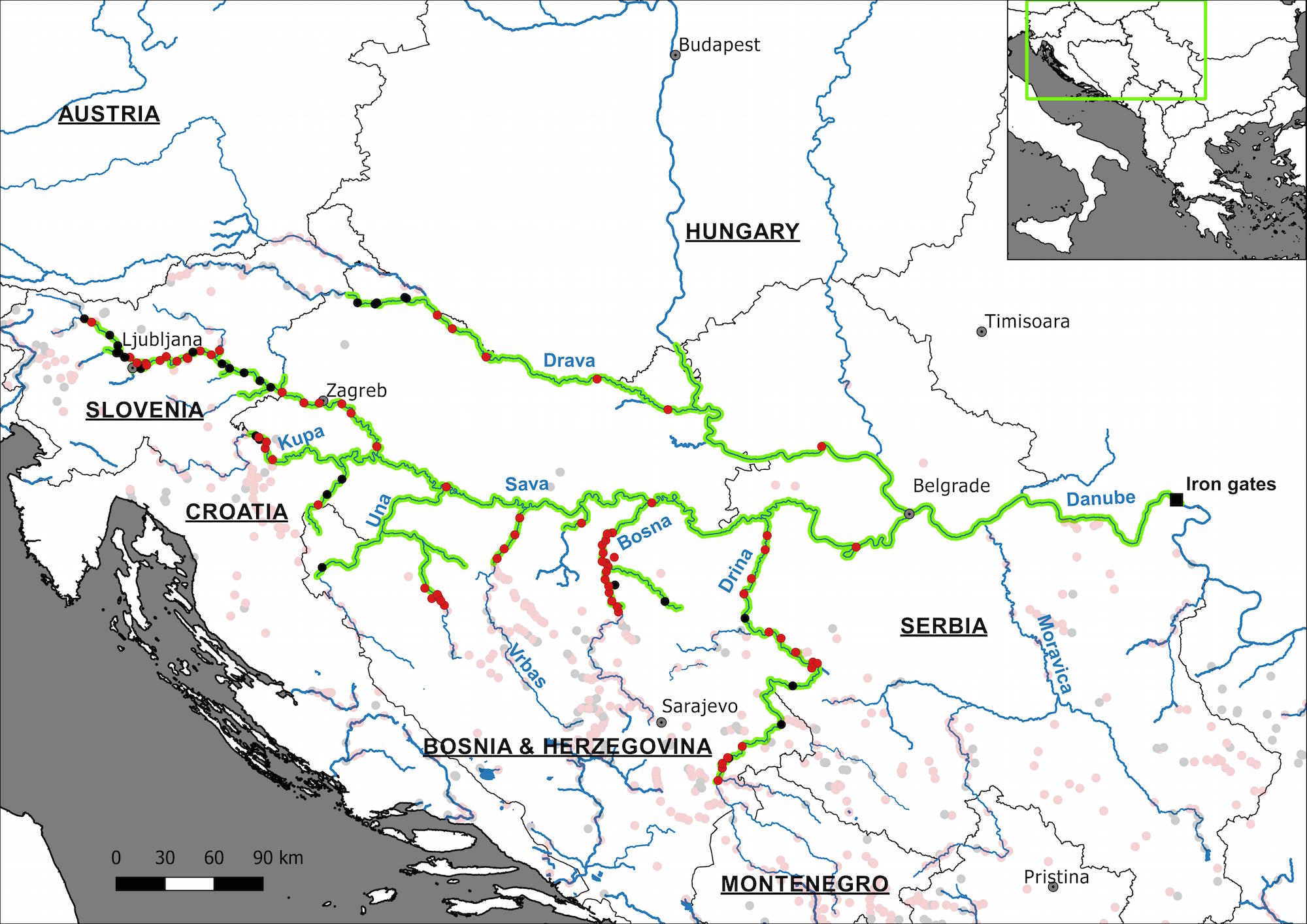