The Aegean minnow is listed in Kottelat & Freyhof (2007) as occurring in the Struma drainage in Greece (Aggitis River, Kottelat 2007) and perhaps Bulgaria; Koutrakis et al. (2013) recorded the species only in the Bulgarian portion of the Nestos/Mesta drainage. The species occurs in small streams with clear and cold water, but is occasionally found in irrigation canals; there is limited data on its biology and vulnerability to hydropower development (Kottelat & Freyhoff 2007). Sensitivity of the congeneric and endangered Phoxinus strandjae (Strandzha minnow) to hydropower development is considered very high (Freyhof 2012); we assign the same level of sensitivity to the Aegean minnow. Actual range of the species is probably much less than depicted in our map, as there is an insufficient scale of sampling.

Up to two thirds or more of the global distribution of this species is threatened by the construction of at least 25 hydropower schemes. 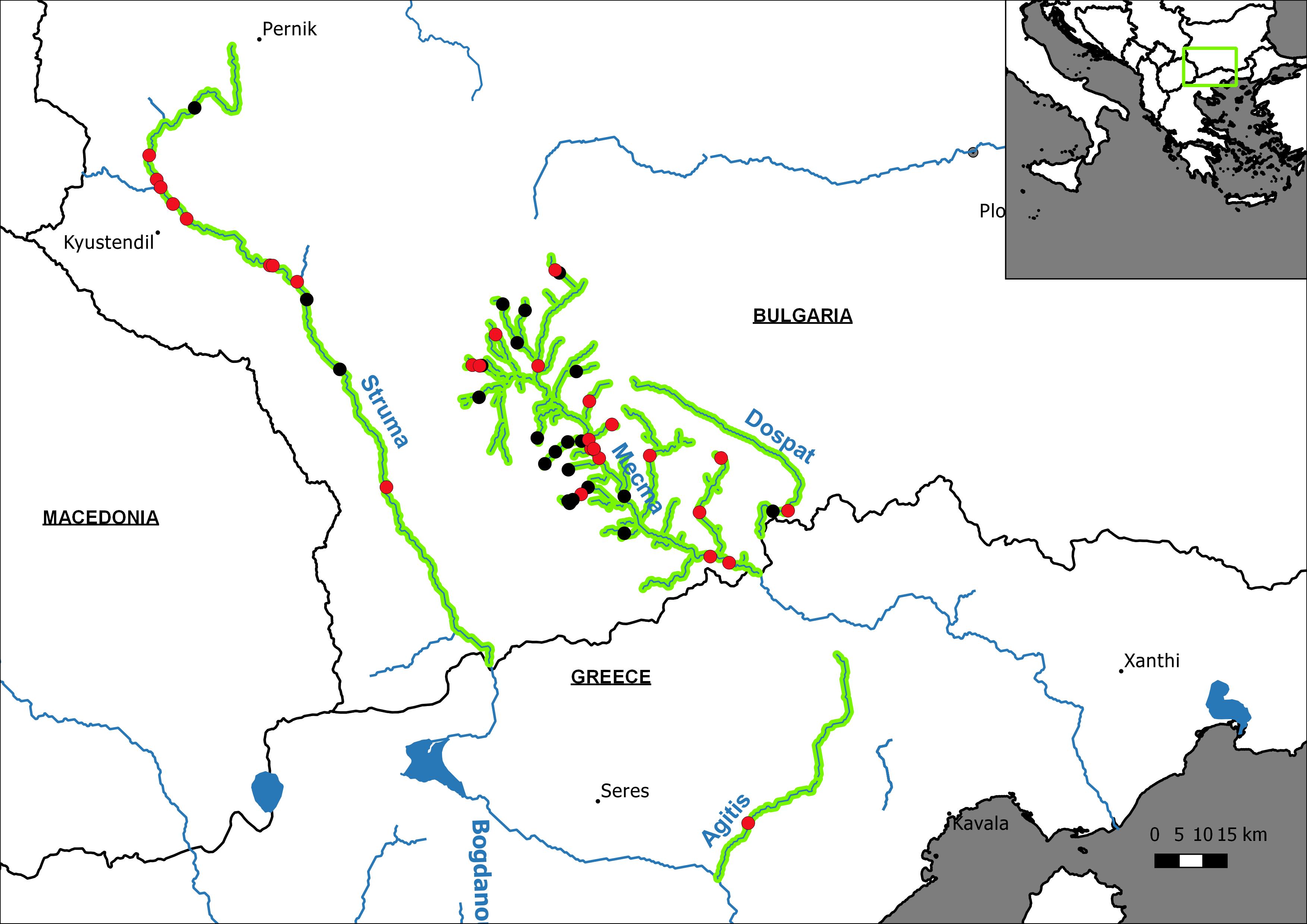