The Mostar minnow is endemic to the Neretva basin, and currently only reported from the Mostarkso Blato wetlands (Mihinjač et al. 2014). Phylogenetic placement is not yet entirely clear (Palandačić et al. 2010). Like other karst specialists of the region, the Mostar minnow uses both slow-flowing and standing water habitats, and may seasonally retreat into subterranean habitats during adverse conditions. All karst minnows are very sensitive to alterations in hydrological regime and the spread of invasive species.

As there are no hydropower schemes currently planned in the immediate vicinity of Mostarkso Blato, the species is not immediately threatened by such development; however, as for other karst specialists, unpredictable changes in surface or sub-surface water flow can occur via hydropower development many kilometers away from a disturbed site. 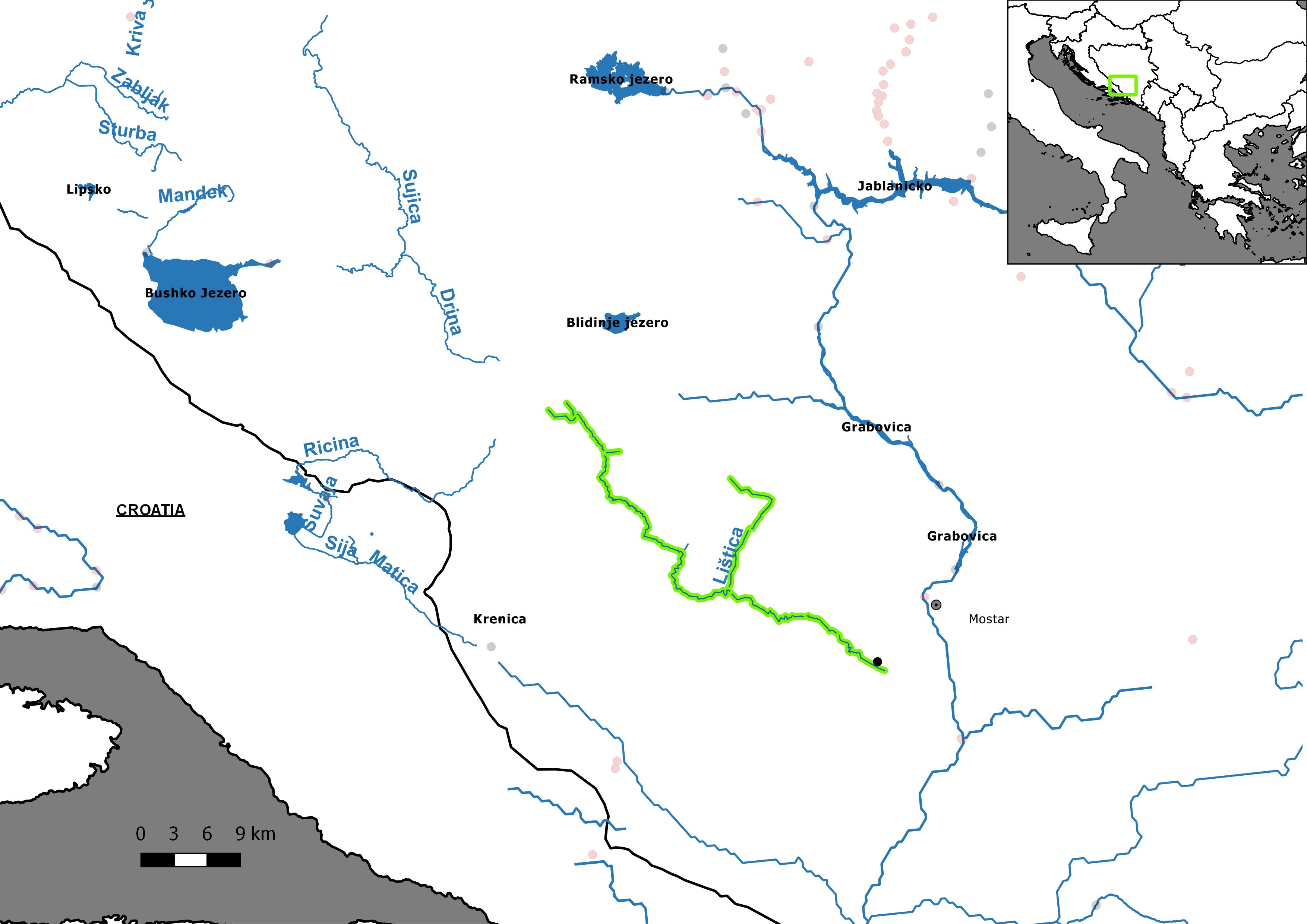