The Razor fish is widespread but in the Balkans it is a sporadically occurring species found throughout the Danube main channel corridor and major tributaries from Slovenia to the Black Sea. The species is found in both rivers and lakes, including reservoirs but river populations are very sensitive to migration barriers both longitudinally and laterally. The species can undertake very long migrations, but the large- scale ecological conditions that support the species remain somewhat of a mystery. Major declines have been associated with hydropower development (Ratschan 2014 and ref. therein, Kottelat & Freyhof 2007, Górski et al. 2010). In Slovenia, it is only sporadically present in the Mur River, where presently up to eight power plants are in planning, all within a Natura 2000 area (Weiss 2017).

At least 25 large dams on the Danube, Sava, Drava and Mura rivers seriously threaten a large portion of the riverine distribution of this species in the Balkans. 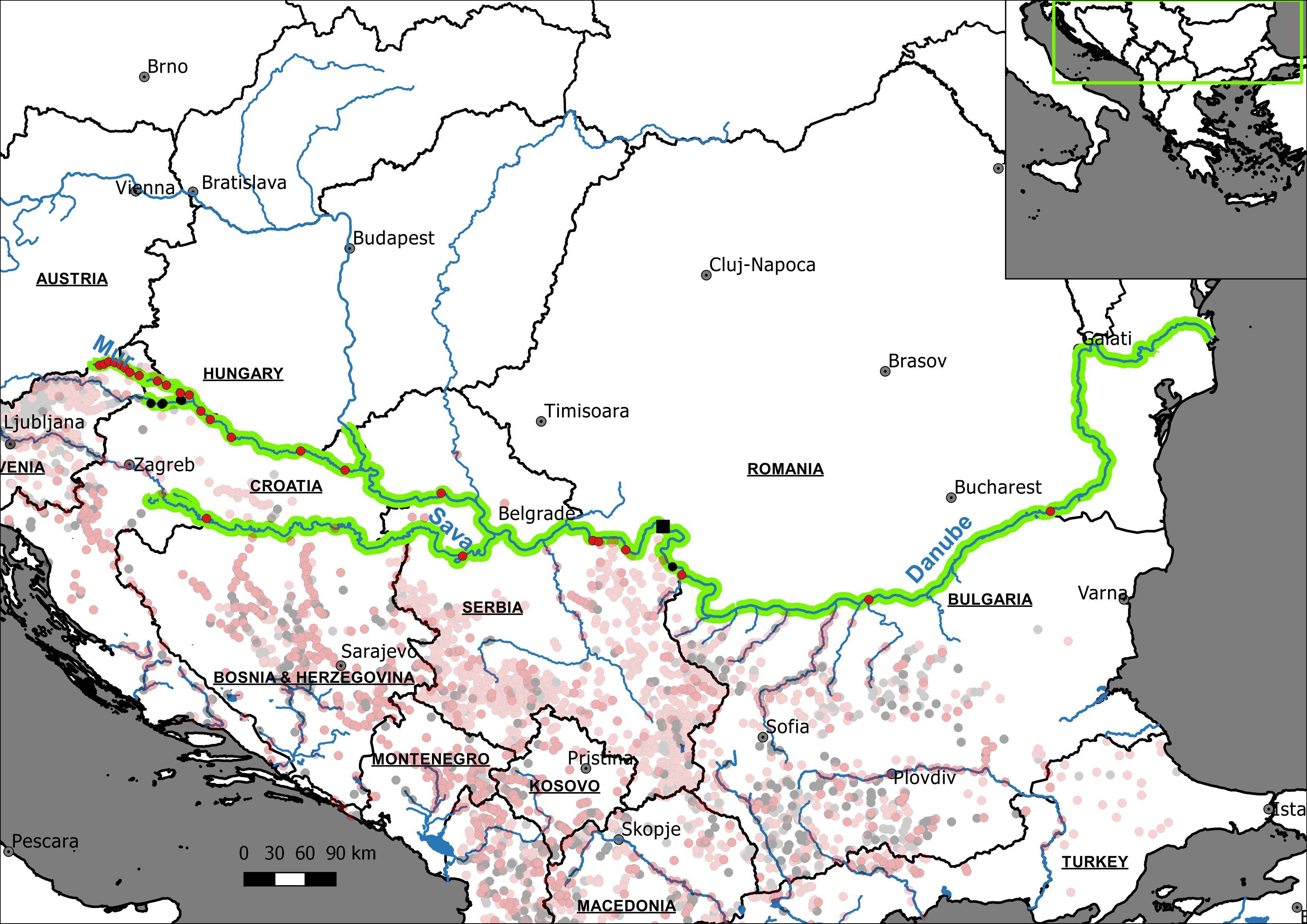