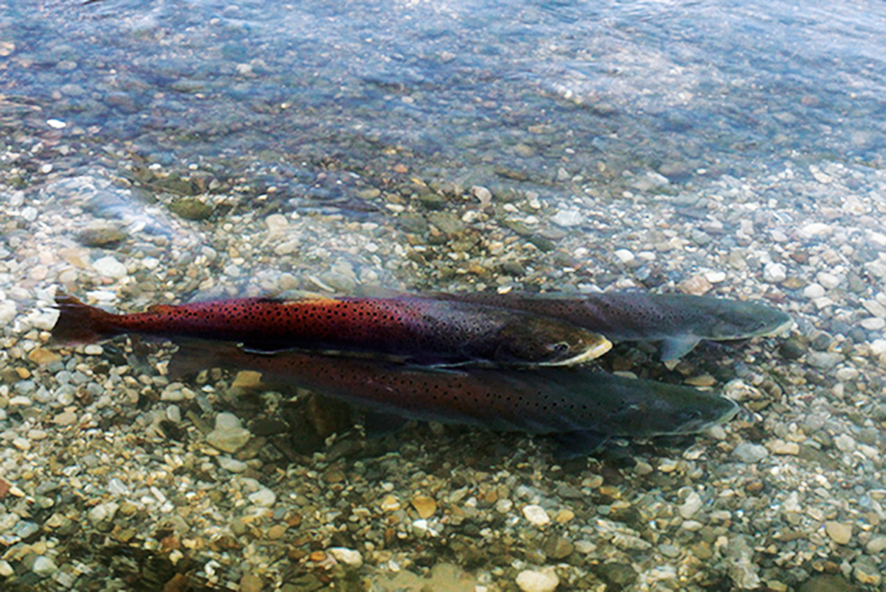 Huchen historically reached sizes up to 60 kg (Holćik et al.1988). They exhibit a freshwater resident life history, are endemic to the Danube basin and are among the largest of all salmonid fishes. Huchen are also an excellent ecosystem indicator as a top predator, and are extremely attractive for sport fisheries. Approximately 65% of their range is on the Balkan Peninsula, where 5 of the 6 longest remaining free-flowing habitats are found (i.e. Kolpa, Una, Sana, Drina, and Lim rivers)(Freyhof et al. 2015). Hydropower development is the most serious threat to the remaining healthy populations. They occur in medium to large-sized rivers, but also migrate into small tributaries to spawn. Loss of spawning and rearing habitat are the biggest impacts of hydropower development on their population sustainability.

A total of 93 hydropower facilities are planned (the first already in construction) directly in river reaches supporting populations of huchen with a potential loss of up to 70% of their populations in the region (Freyhof et al. 2015). 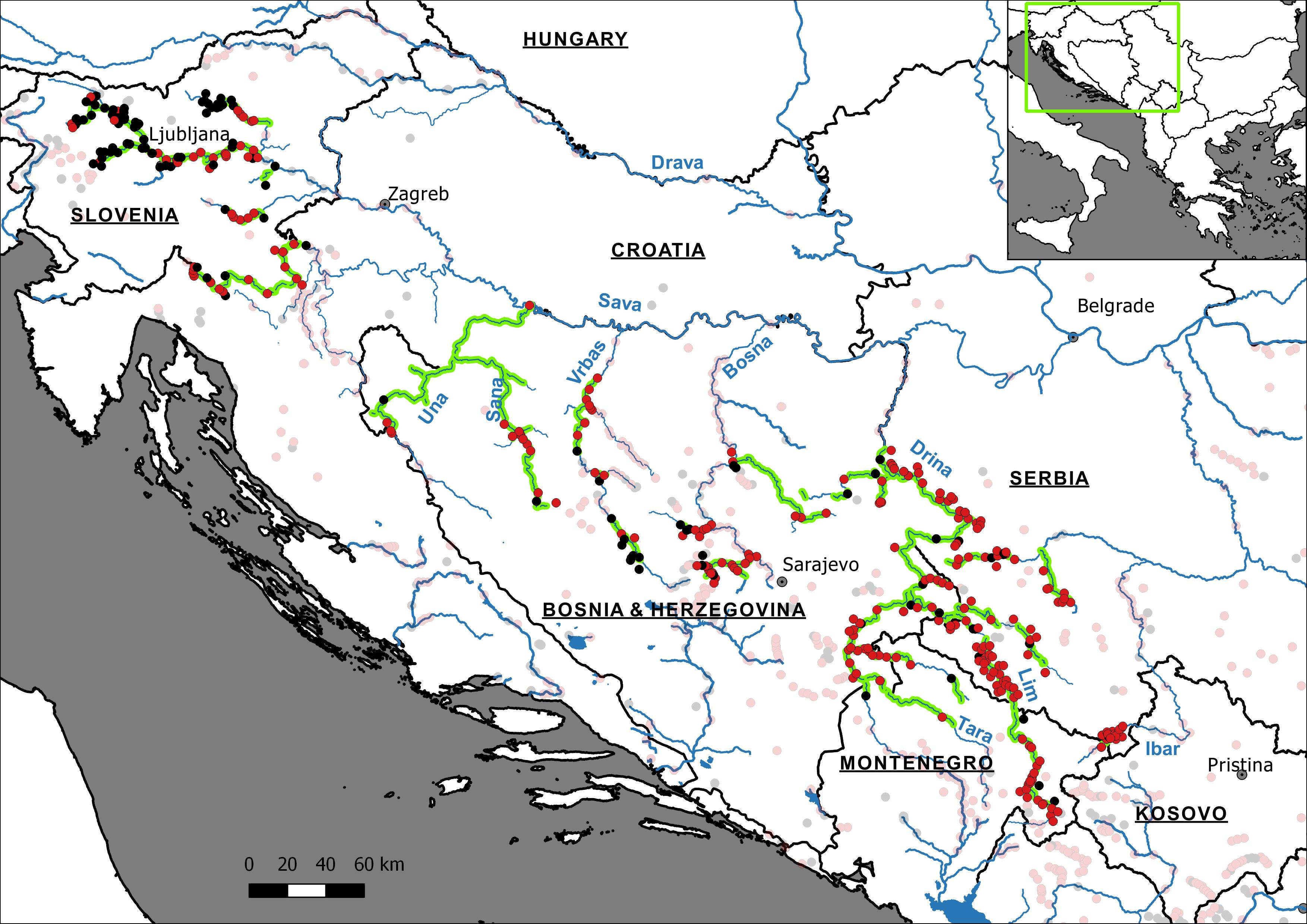