The Yellow pope is a bottom-dwelling, primarily nocturnal inhabitant of large rivers with moderate currents (Kottelat & Freyhof 2007). The species is difficult to sample and thus information on population status is poor. It was not caught in the Slovenian Mur after extensive surveys (Weiss 2017), and is listed as critically endangered in Croatia (Ćaleta et al. 2015). The species is viewed as tolerant of impoundments, preferring flows of ca. 20 cm/s at 7 cm off the bottom (Zauner 1996). Zauner et al. (2007) report a good status for the species at the head of a Danubian reservoir, where renaturation measures have been implemented. Still, the species is disappearing rapidly from other river reaches as channel engineering and numbers of impoundments increase. Re-assessment of the species is urgently needed.

Continued channel regulation measures and planned hydropower schemes (N = 30) dams in virtually all of the Yellow pope’s habitat threaten at least 50% of its range in the Balkans. 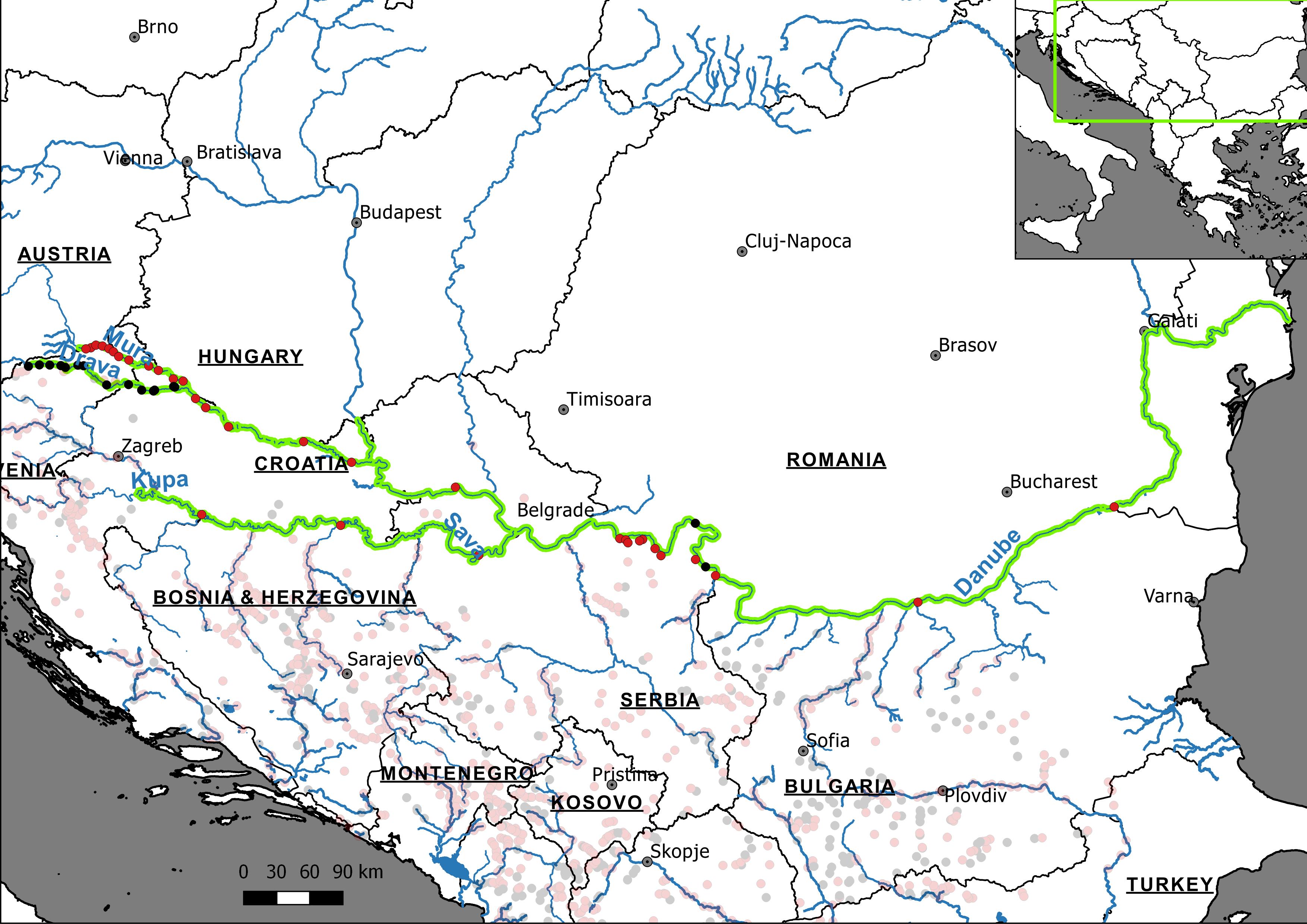