Balon’s Ruffe occupy a variety of habitats (sand and muddy substrates), yet prefer moderate currents. They are a member of the rheophilic guild among large-river fishes. In reservoirs, they are found at the head, where current velocity is sufficient (Tarkus et al. 2010). A lowland river specialist, somewhat tolerant of river channel changes, they also occur in connected backwater habitats (Schiemer & Spindler 1989). Although once frequent in the Slovenian Sava, it has now become relatively rare (except for Sora tributary) (Simonovič et al. 2015). The IUCN lists the species as Least Concern due to its large range outside the Balkans.

A chain of dams on the Mura and Sava rivers in Slovenia and Croatia threaten to eliminate a large portion of the species habitat in those rivers. The first of these (10-50 MW) on the Sava in Slovenia (Brežice) is already under construction. 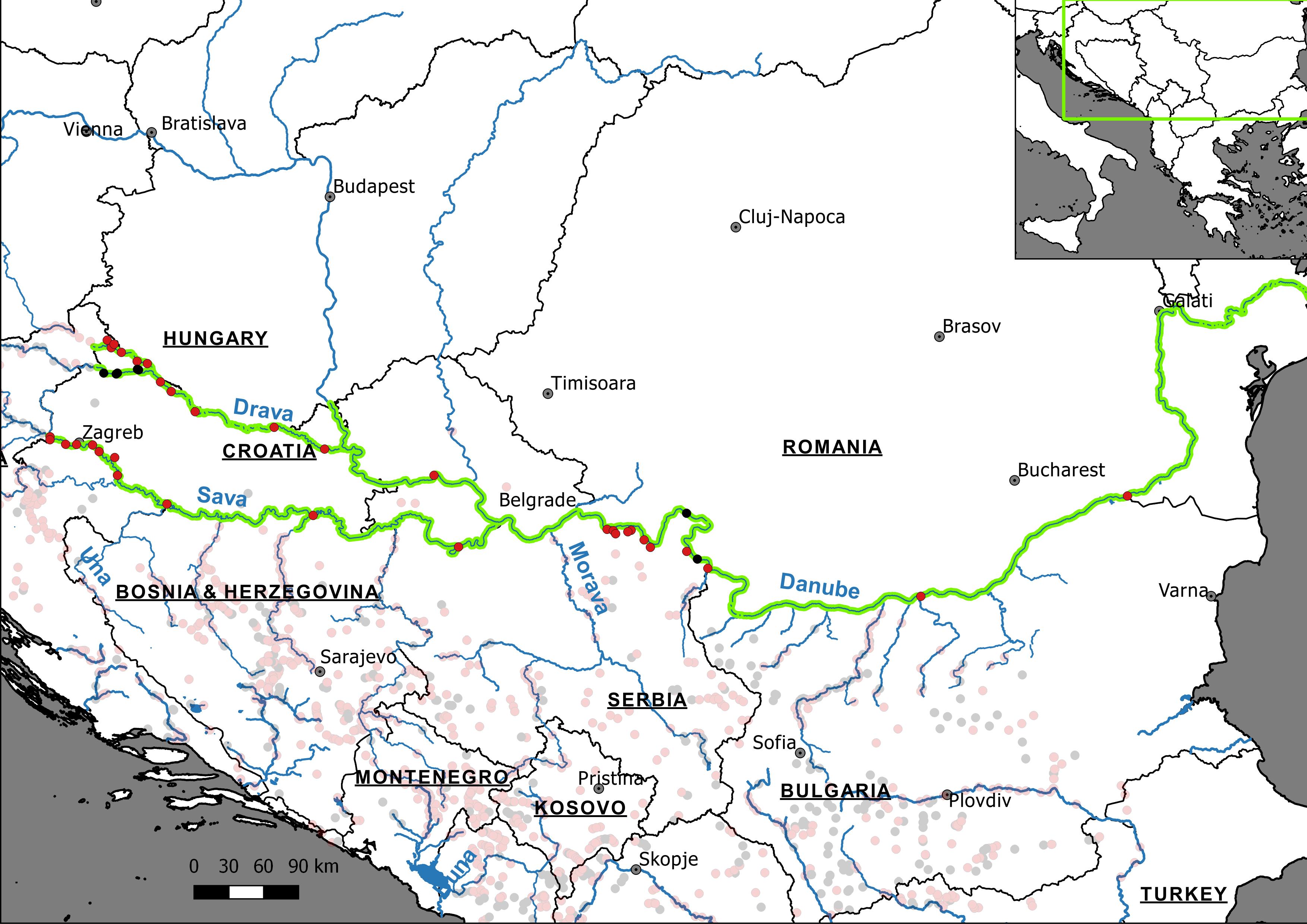