The Varna gudgeon is native to the Black Sea basin with a very limited distribution. It was previously reported from only from the upper reaches of the Provadyiska River in Bulgaria whereby pollution is reported to have eliminated distribution from lower reaches (Freyhof & Kottelat 2008c). The species is also reported to occur in the nearby Kamchia River, as well as the Corlu Cayi in Turkey (Turan et al. 2016). Varna gudgeon occupy habitats with slow currents. Very little biological information exists for this species.

There are currently no dams planned in the Bulgarian portion of the species range, due to the low gradient of the habitat, but one hydropower scheme is planned on the Corlu Cayi in Turkey. 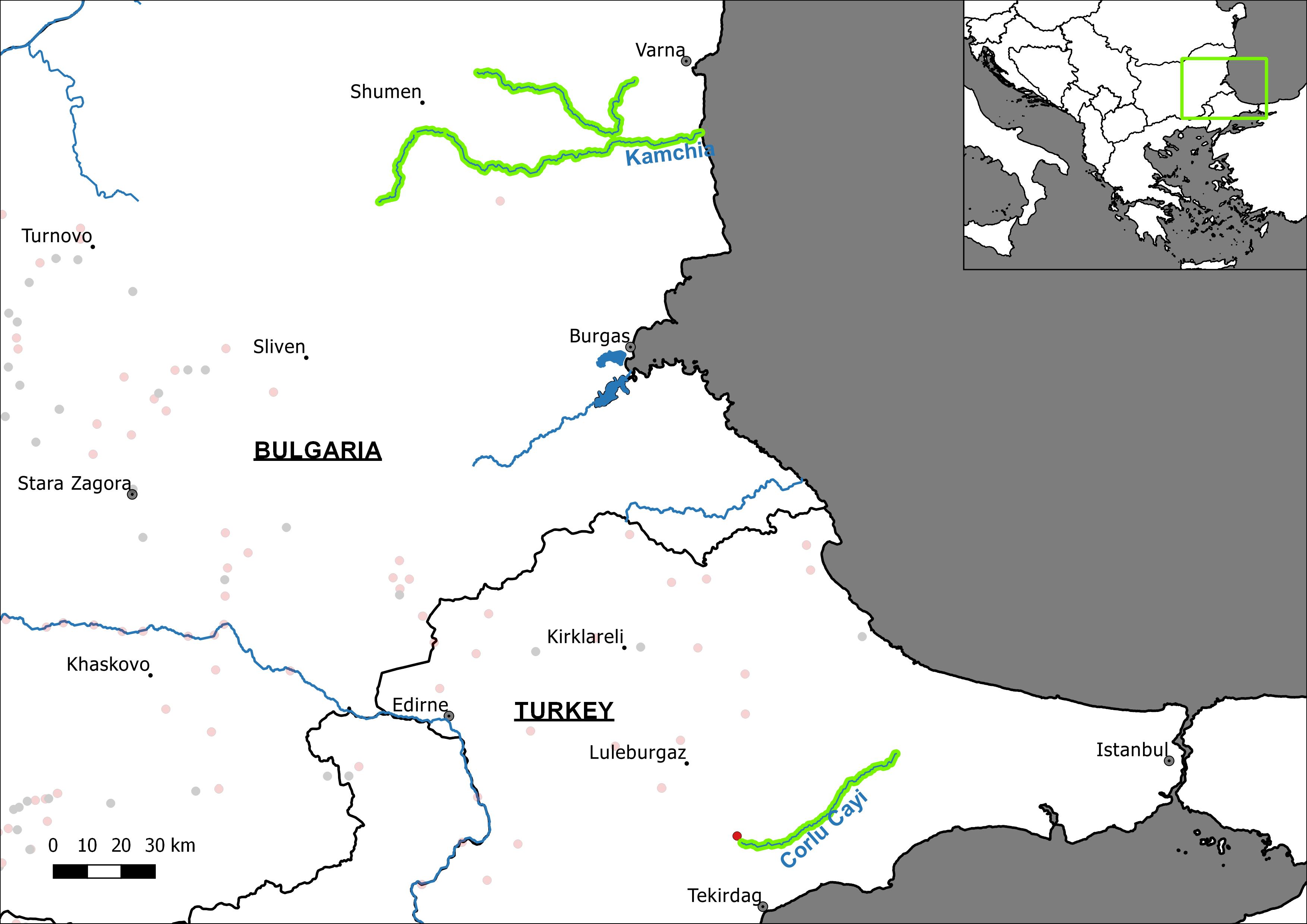