The Drin brook lamprey is a mid-sized, non-predatory freshwater resident lamprey; re-described by Holčik & Šorić (2004) from the Istočka River in Kosovo and according to references therein, recorded from the Rastavički brook, Pećka River and Lake Ohrid. However, current records from the lake do not exist. Also recorded from the Pejes River in Kosovo (Grapci-Kotori 2010), and the Zeta River in Montenegro (Lang et al. 2009). Listed in Kottelat & Freyhof (2007) for the entire Drin drainage – this is logical, but catch records are scarce. Lampreys often have a scattered distribution and are not routinely captured in sampling campaigns when not specifically targeted, or they are misidentified. Damming, gravel extraction and pollution are the major threats to most freshwater lampreys (Maitland et al. 2015). 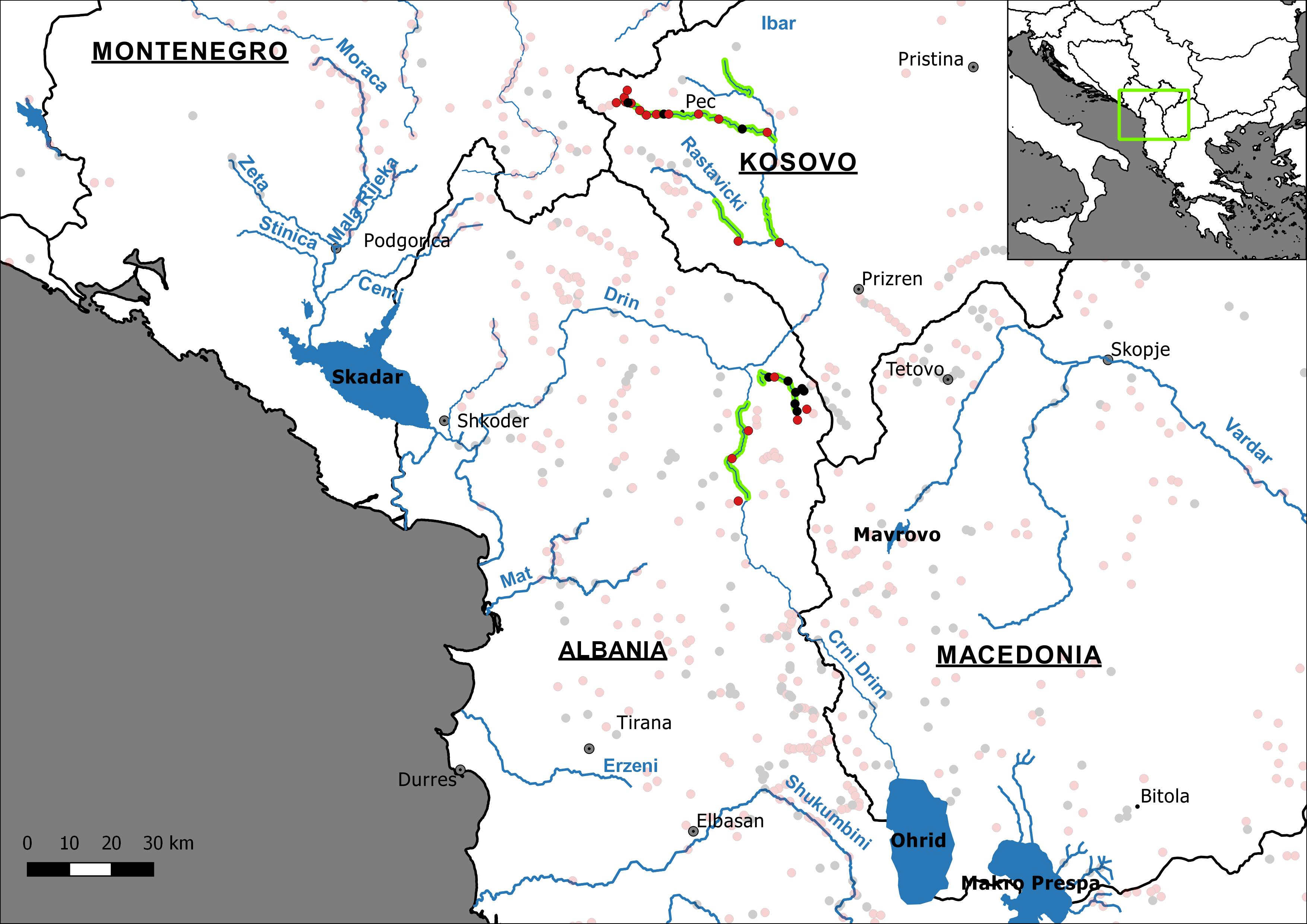