The Greek brook lamprey is endemic to Greece. The occurrence of this small lamprey (up to ca. 150 mm SL) is limited to headwater tributaries of the Sturma basin (Stefanov & Holčik 2007). Populations in the Loúros drainage have been assigned to E. graecus (Renaud & Economidis 2010). They are a non-predatory freshwater resident preferring cold, clear and well-oxygenated gravely habitats (Kottelat & Freyhof 2007; Lapierre & Renaud 2015). Stefanov & Holčik (2007) predicted occurrence in the Bulgarian Struma, but no records support this hypothesis, and habitat there is unsuitable (A. Apostolou pers. comm.). Brook lamprey larvae require detritus-rich substrates (Kottelat & Freyhof 2007). Habitat destruction and water extraction are the primary threats to this sensitive species (Maitland et al. 2015).

Two dams in the Agitis drainage threaten to impact nearly half of the known range of this critically endangered species. 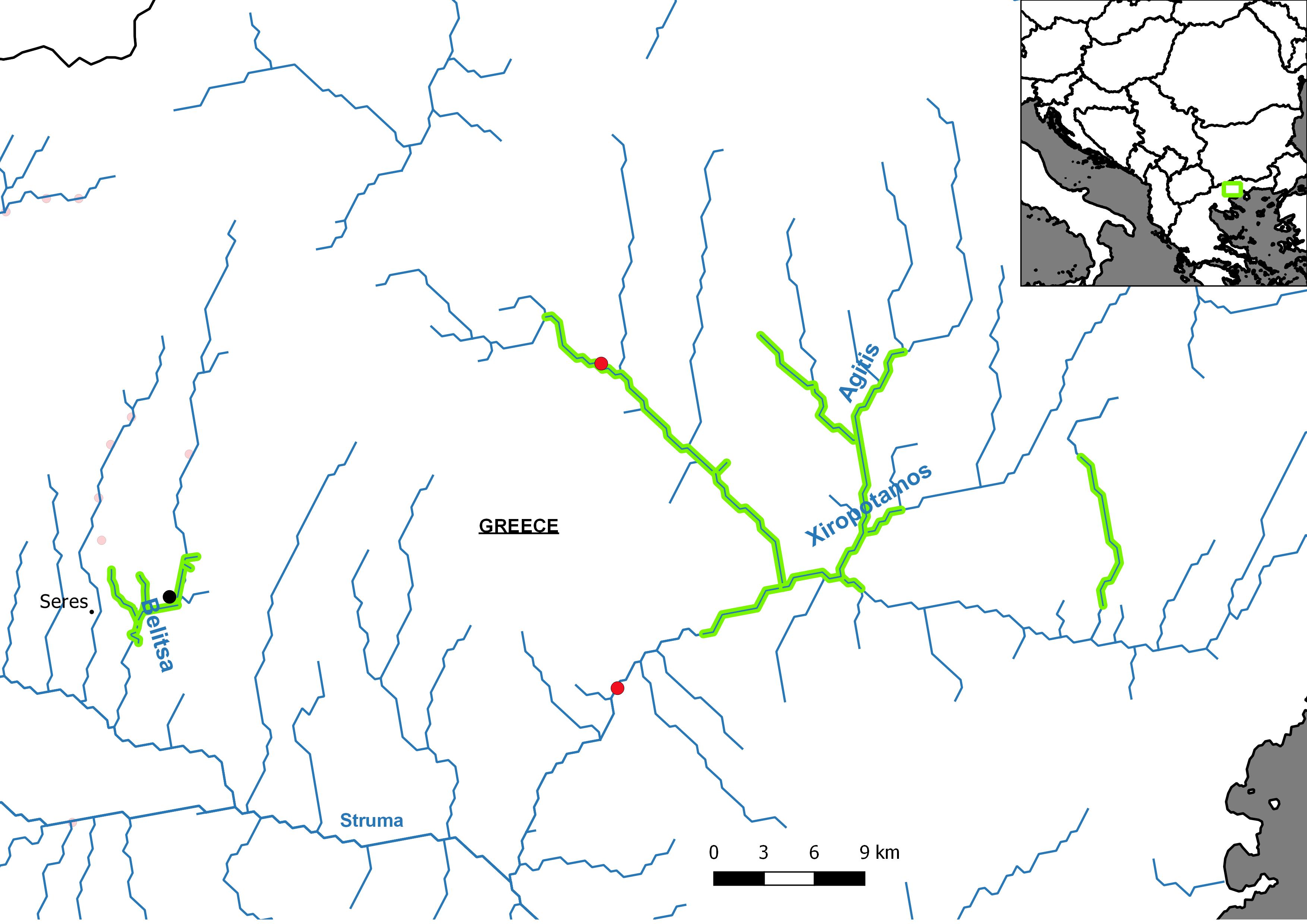