The Jadova spined loach is more widespread than other loaches in the region. In Bosnia-Herzegovina the species was found in the lower Neretva Basin, the Trevišnica River and Hutovo Blato wetlands; in Croatia the species was found in Modro Oko and the Desne and Kuti lakes (Šanda et al. 2008b; Ćaleta et al. 2015). They have broader habitat tolerance than most loaches in the region, living in lakes, rivers and channels, over fine sediments, rocks and gravel as well on dense macrophytes (Šanda et al. 2008). Nonetheless, its occurrence is very sporadic (Zanella et al. 2009). One of at least 14 threatened or endangered species in the Neretva River catchment. Like all of the region’s loaches, this species is sensitive to the spread of non-native invasive species (Freyhof 2012).

Much of this species range (at least 50%) in the Neretva River basin is threatened by hydropower development, especially in the upper and lower Neretva River itself. 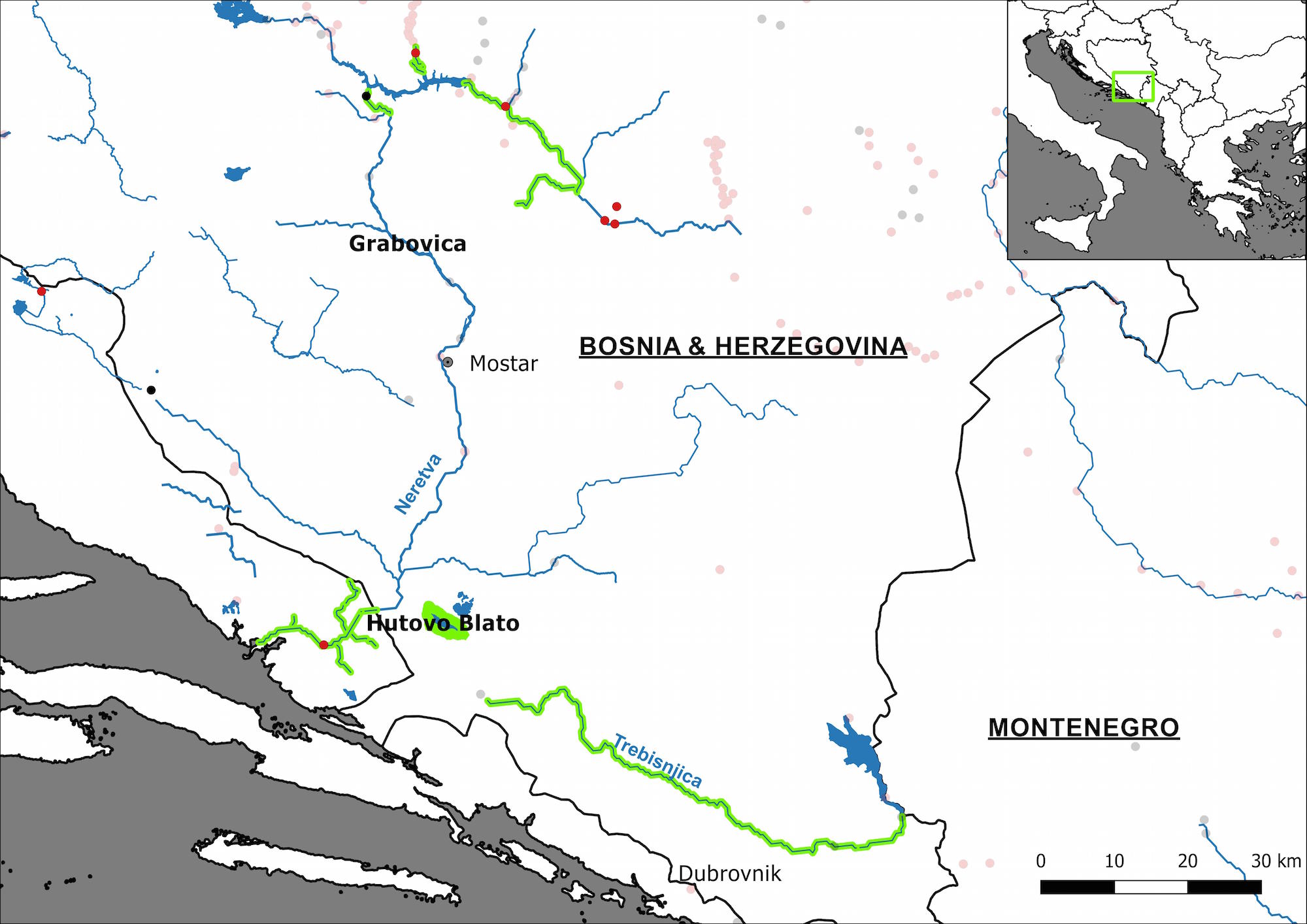