The Jadova spined loach is one of five steno-endemic loach species in the Dalmatian/Bosnian- Herzegovina region. First described by Mustafić et al. (2008) it occurs only in the 12.5 km-long Jadova River, a tributary of the Lika River (Ćaleta et al. 2015). The species shares habitat needs with other loaches of the region, but each species is assumed to be unique with respect to their overall requirements (see Ćaleta et al. 2015). The Jadova River dries out in summer, and the species is assumed to retreat to refuge ponds or subterranean habitats (Mihinjač et al. 2015b). Major threats are water abstraction, the introduction of alien species and increasing severity of droughts (Mihinjač et al. 2015b).

Three planned hydropower schemes on the Lika River should be a source of concern for the global survival of Jadova spined loach, due to unpredictable hydrological changes in karst systems and the promotion of invasive species. 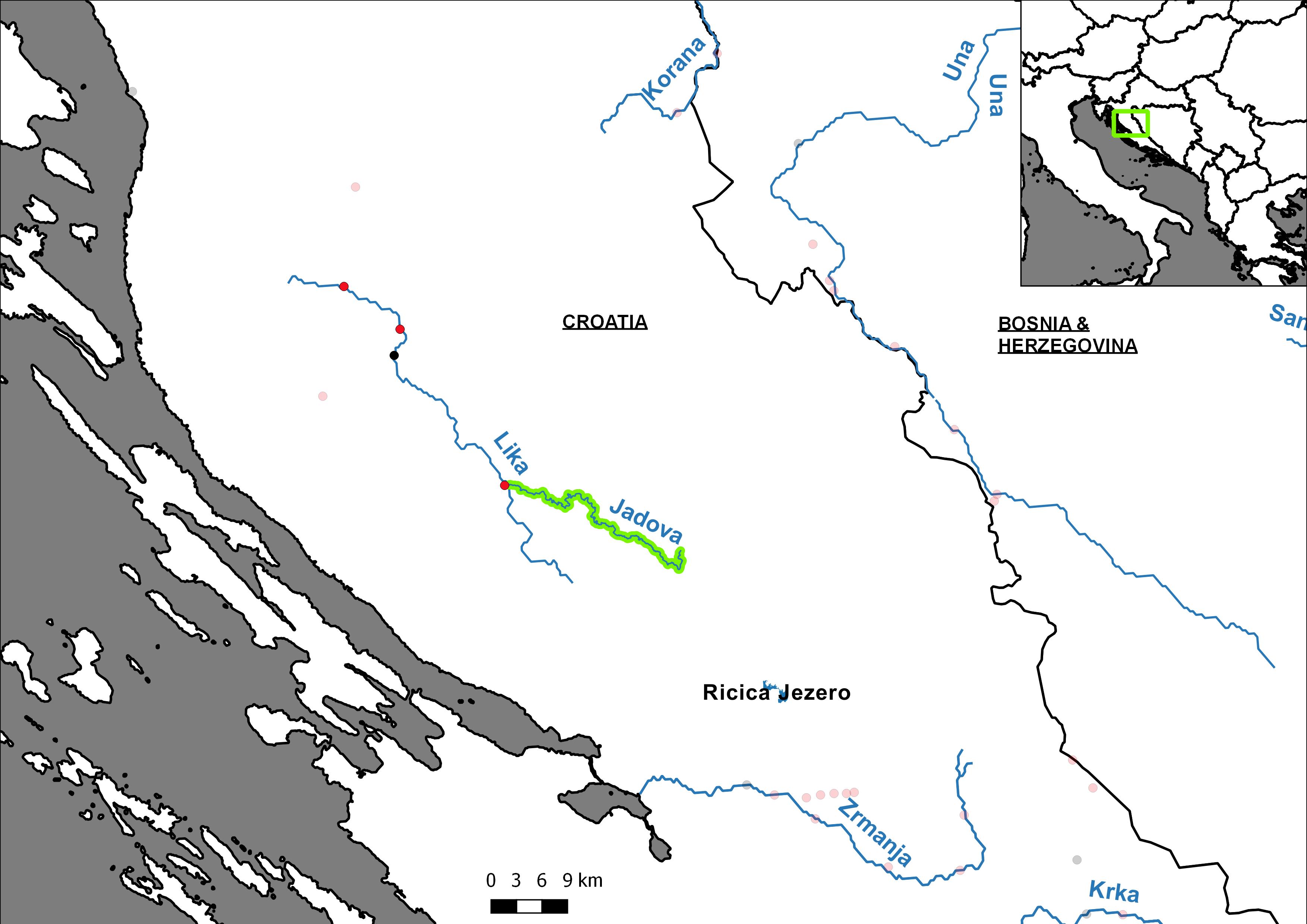