The Imotzki spined loach is one of five steno-endemic loach species in the Dalmatian/Bosnian- Herzegovina region. Described by Freyhof & Stelbrink (2007), the species occurrence is limited to the Imotzki polje; reported from the Baćina and Prološko Blato lakes as well as the Matica River and Krenica Lake in Bosnia-Herzegovina (Buj et al. 2014, 2015b). Occurs in shallow habitats of clear streams with zero to moderate flow; generally on silty or sandy substrates rich in organic material (Ćaleta et al. 2015). Early life history stages, however, may be highly dependent on dense vegetation (Ćaleta et al. 2015). Readers should note that the word “jezero” in Croatian means artificial reservoir, and as such are often not primary habitat for various endangered species in this region.

Several hydropower schemes in the limited range of this species may affect the availability of habitat, due to unpredictable changes in both surface and groundwater hydrology. Almost any alteration to their habitat may put the remaining populations at risk of extinction as they are highly specialized. 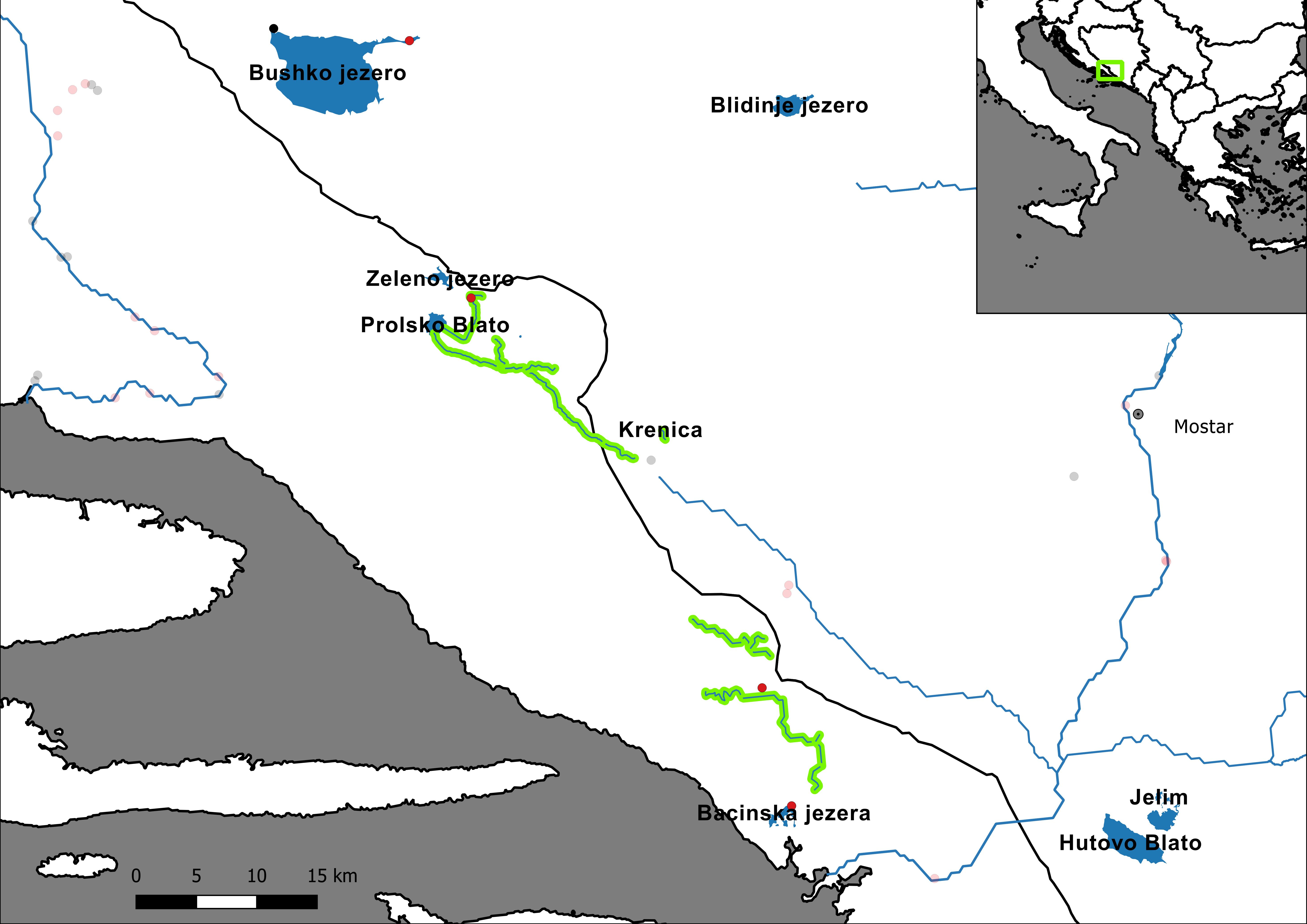