The Mostarsko spined loach is one of five steno-endemic loach species in the Dalmatian/Bosnian- Herzegovina region. C. herzegoviniensis was first described by Buj et al. (2014) from the Lištica River in the Mostarsko blato karstic field in Bosnia-Herzegovina; subsequent data can found in Buj et al. (2015a). No specific biological information is available; the species is assumed to have the same general characteristics as other loaches in the region (see Ćaleta et al. 2015).

At this time, there is no hydropower scheme planned in the immediate vicinity of this steno- endemic species. However, these karst systems are very complicated (see Bonacci et al. 2016) and thus even schemes in other drainages can drastically effect the hydrology of this habitat. 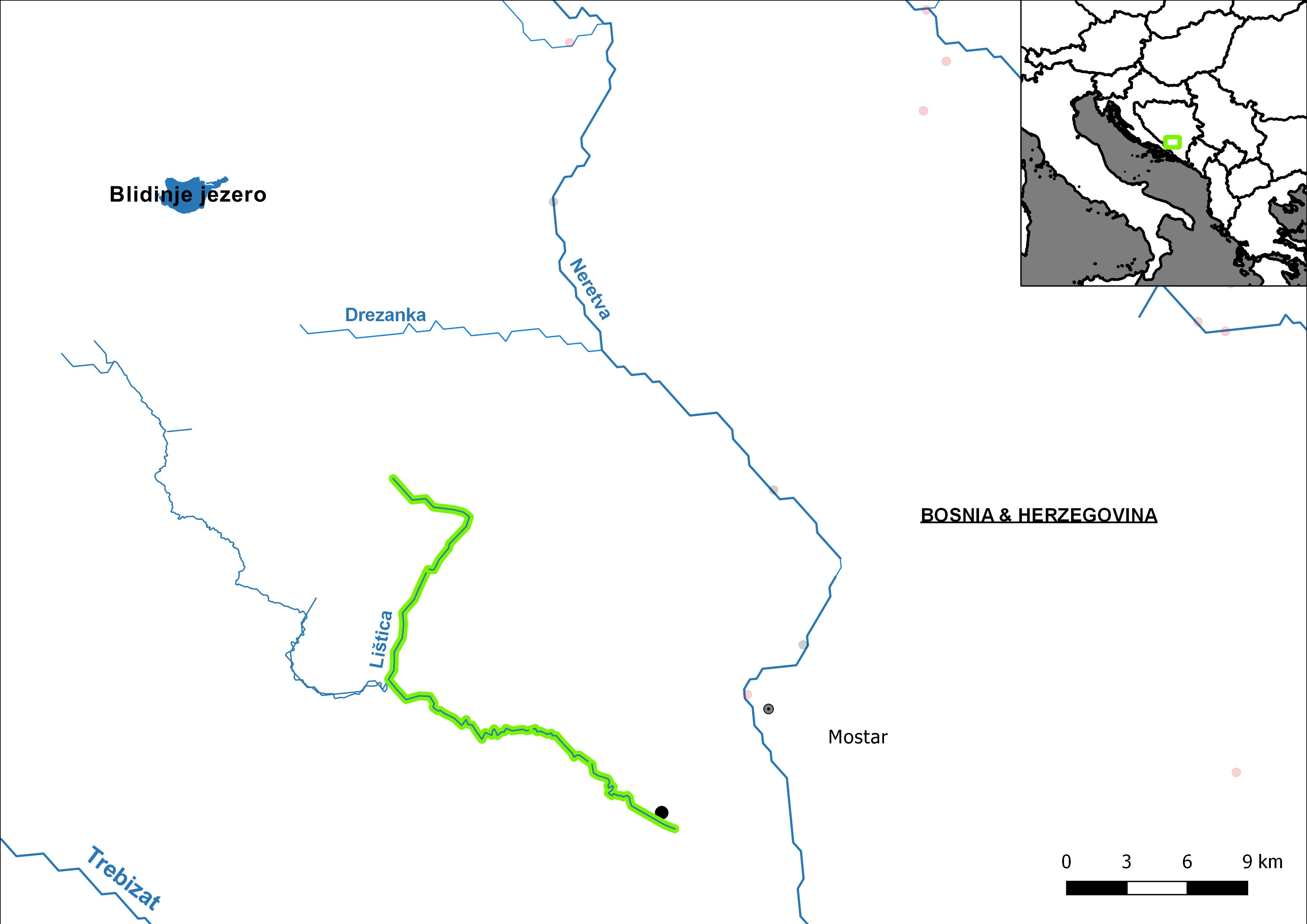