The Balkan spined loach is one of the more widely distributed loaches in the region. Reported from the Kolpa, Una, Sava, Morava and Zapadna Morava systems as well as the Vit River in Bulgaria (Mustafić et al. 2003; Pehlivanov et al. 2009; Ćaleta et al. 2015). Mičetić et al. (2008) reported the species from the Petrinjčica River in Croatia. More of a large river specialist found on sandy shores and banks, occasionally over rocks with vegetation (Kottelat & Freyhof 2007). Kottelat & Freyhof (2007) also report that the species is not known to enter small streams or larger rivers without at least moderate current. While widespread, and moderately tolerant of pollution (Kopjar et al. 2008) most of its habitat, especially in Slovenia and Bosnia-Herzegovina is targeted for large-scale hydropower development.

Threatened by more than 50 planned hydropower schemes, this species’ habitat in the Balkans may suffer a loss of at least a third and up to 50%. 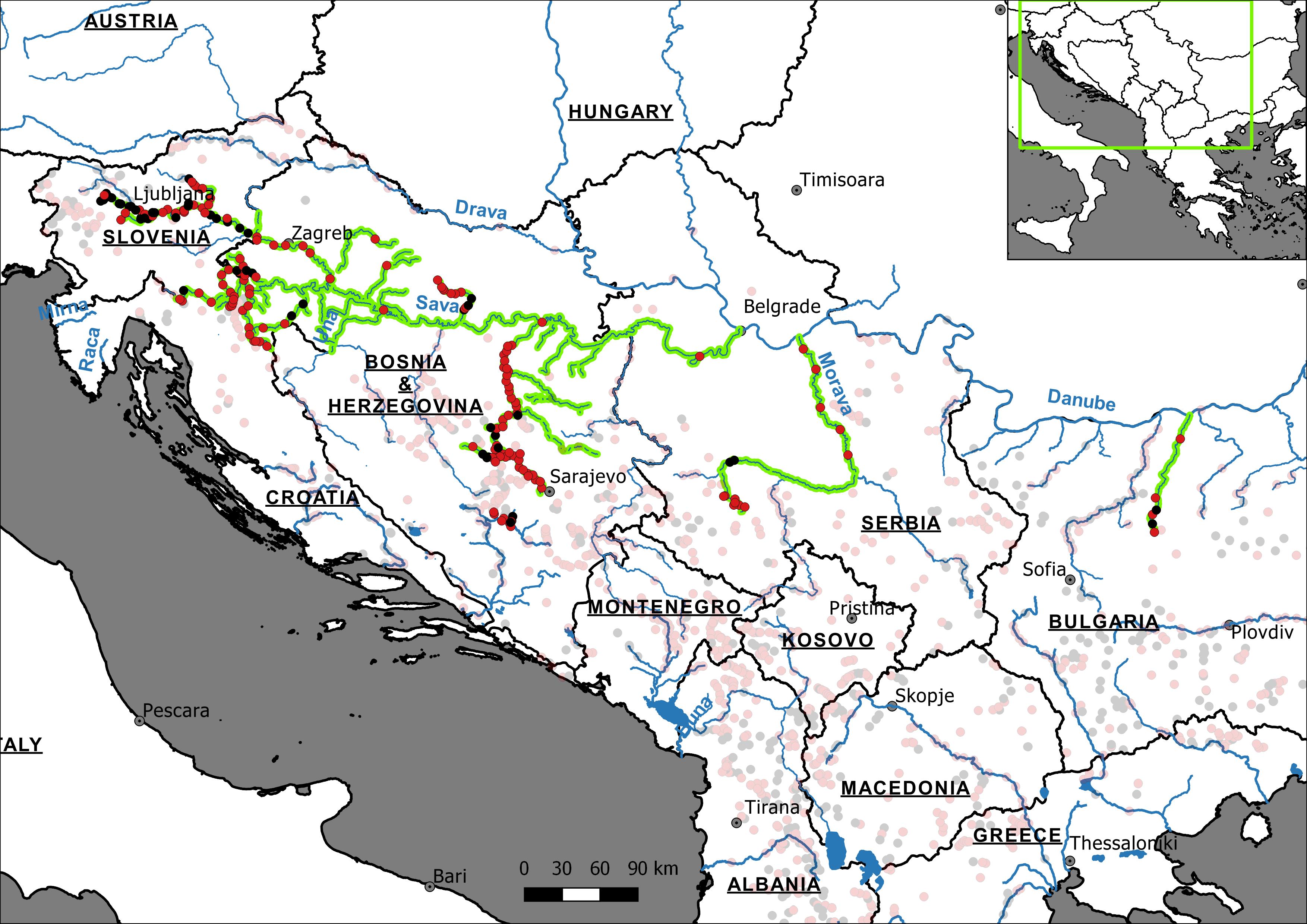