The Arachthos spined loach is a small benthic loach endemic to the Arachthos drainage of which the upper third is in our study area (Zogaris et al. 2009). With similar habitat preferences as C. hellenica, it prefers still to moderate flowing water with sand or silt substrates with vegetation. Canals between the Arachthos and Louros River are bringing C.arachthosensis and C. hellenica into contact (Crivelli 2006a). The IUCN Red List entry states that the status requires updating. Freyhof (2012) lists the species as moderately sensitive to dam construction, as they can colonize reservoirs; they are however sensitive to the introduction of invasive species. If reservoirs are flushed or hydropeaking is part of the operation regime of a hydropower facility, loaches can be extirpated.
Up to nine hydropower schemes are planned in the upper Arachthos drainage, threatening to eliminate or drastically reduce this species in the study area. 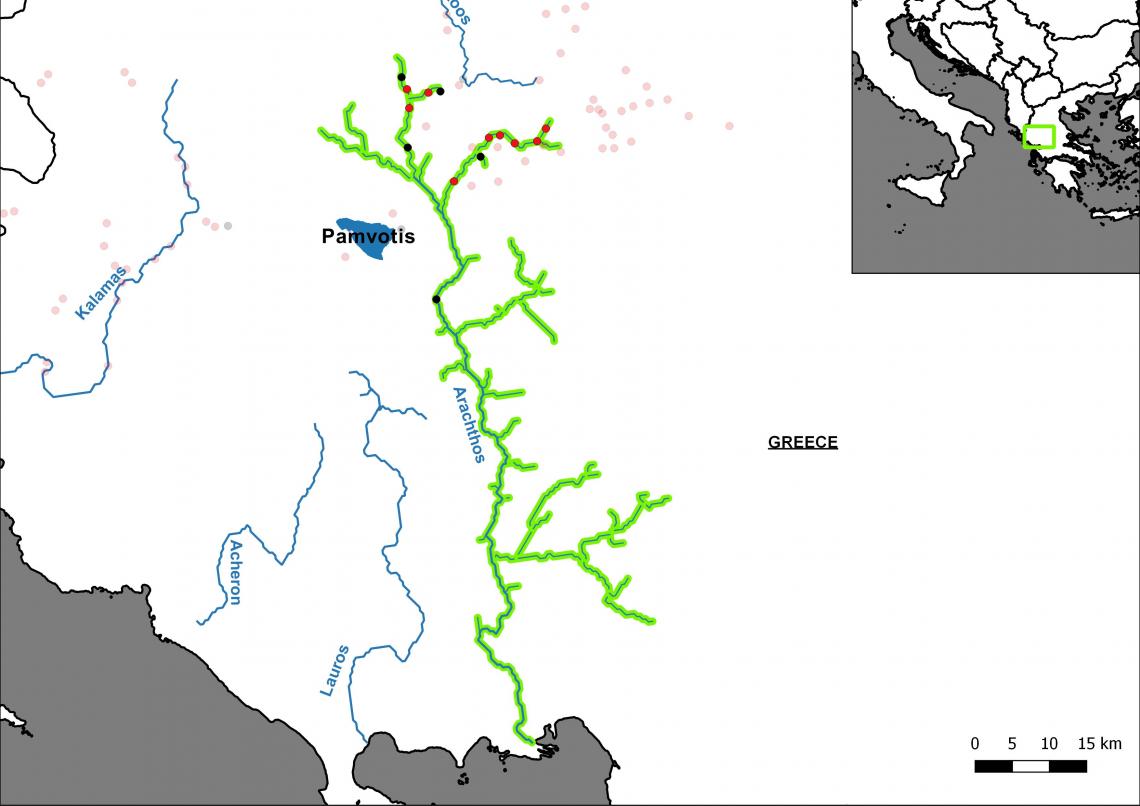