The Dalmatian nase is endemic to the Neretva basin in Croatia and Bosnia-Herzegovina. It is primarily found in the mid to lower reaches and delta region of the Neretva River (Croatia) as well as Modro Oko and Desne lakes, Crna Rijeka and Norin rivers, and in Bosnia-Herzegovina the Buna and Krupa rivers and Hutovo Blato wetlands (Glamuzina et al. 2007; Ćaleta et al., 2015). Generally rheophilic but like other karst species, it also resides in sink holes and springs, with relatively cool water (Tutman et al. 2008). Very sensitive to invasive species (Glamuzina et al. 2007), whose presence is often promoted by hydropower development. Listed as endangered in Croatia.

At least two mid- to large-sized (10-50 MW) hydropower facilities in addition to a sea water control dam are planned on the lower Neretva River between Mostar and the sea. These projects could eliminate one of the most important spawning areas of the species in the basin. 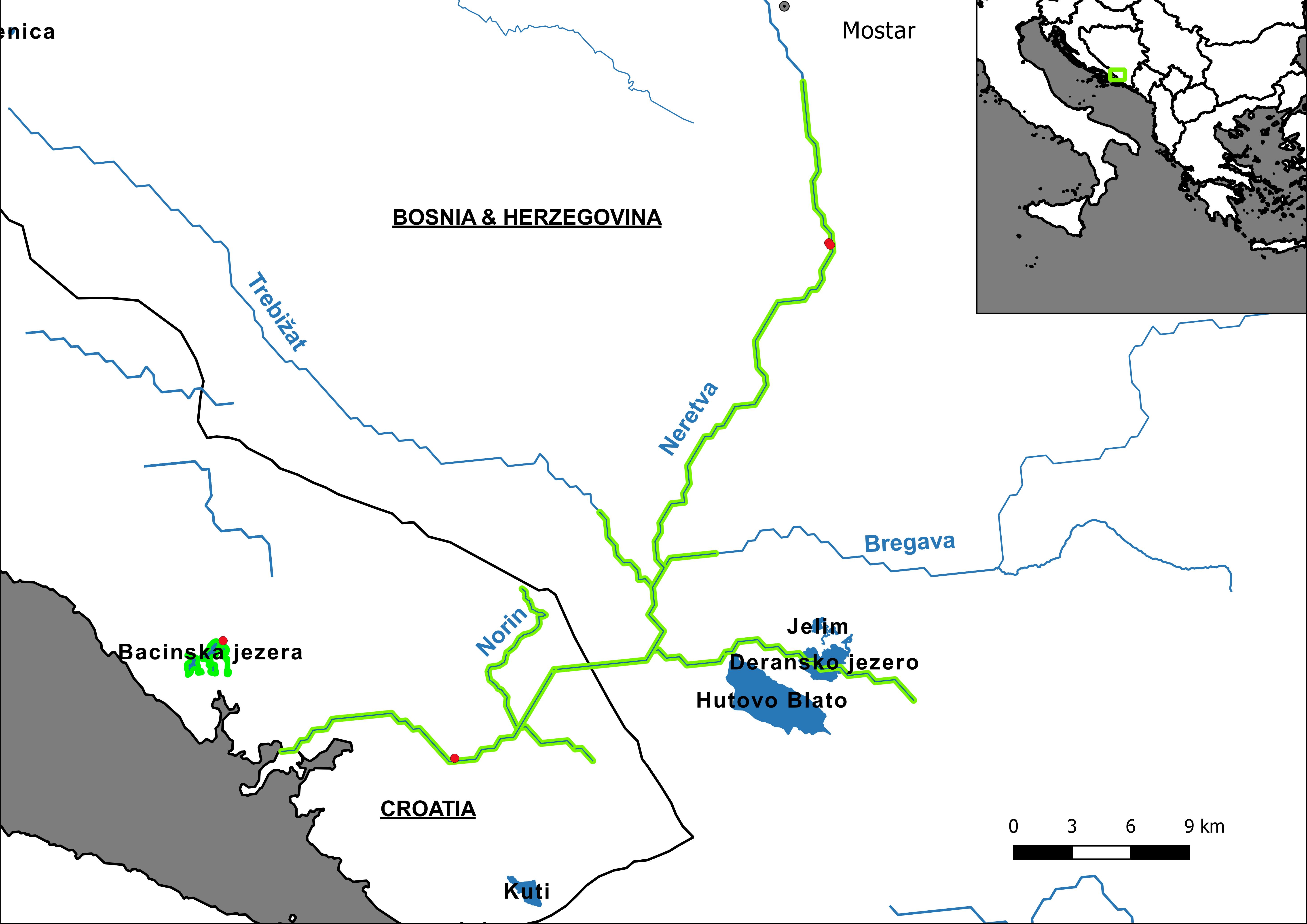