The Sturmica barbel is a small-sized riverine cyprinid (to 300 mm SL) that primarily feeds on midge (Chironomidae) larvae (Sapounidis et al. 2015); the species is still recognized by some as Barbus cyclolepis. Recorded in the Nestos/Mesta river in the main stem and tributaries (Koutrakis et al. 2013), from Kerkini Reservoir in Greece (Petriki et al. 2014), the Mpogdanas stream in Greece (Bobori et al. 2014), and in the Dragovištica River (Strymon drainage) in Serbia (Marić et al. 2004). Marić et al. (2004) reported loss of migration and productivity on the Božica River due to a hydropower plant and water diversion from the Ljubata River. Most Barbus sp. require flowing water and gravel substrates for spawning.

The species is still widespread, but half of its range is targeted with at least 60 new hydropower facilities. It is likely that up to 50% or more of its populations would be lost if these plans were carried out. 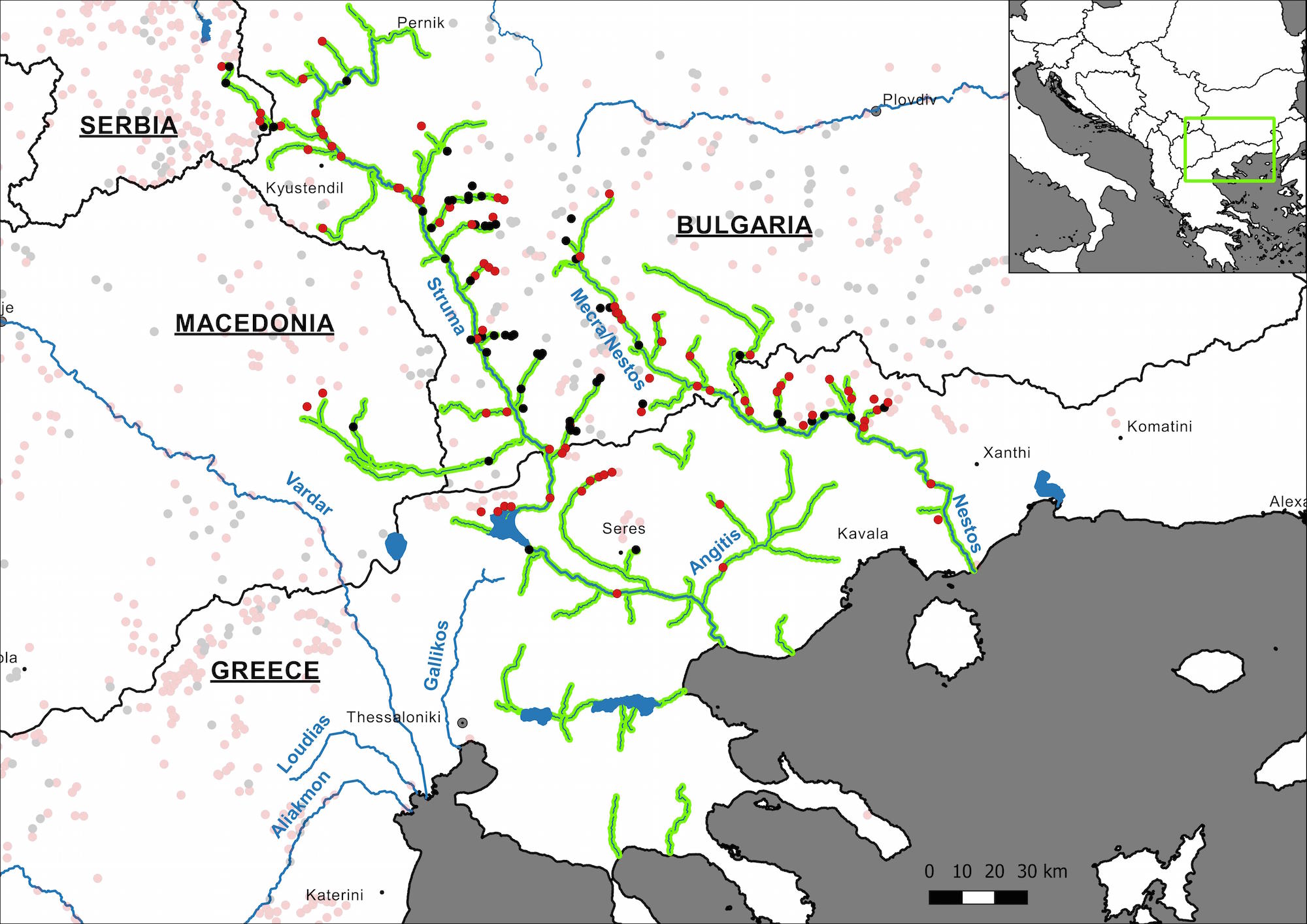