The Western Balkan barbel is found in the Adriatic basin from Drin to upper Vjosa River (Aoos) in Greece (Kottelat & Freyhof 2007). Found extensively in Albanian rivers, Marková et al. (2010) reported three distinct mtDNA lineages of B. rebeli found in the following basins; a) Drin drainage from Zeta River to Lake Ohrid; b) northern Albanian rivers from Mati to Erzeni; c) Albanian rivers Shkumbini to Dukati but including Lake Prespa. But for the purposes of this report, we treat B. prespa as a distinct species. Also reported from both lakes, Ohrid and Skadar (Talevski et al. 2009), and the Cijevna River in Montenegro (Marić et al. 2012). The species occurs both in lakes and streams, with overfishing potentially a problem in Albania (Kottelat & Freyhof 2007).

Several hundred hydropower plants are being planned throughout the entire range of the species. Their construction would lead to the elimination of at least 75% of the species habitat. 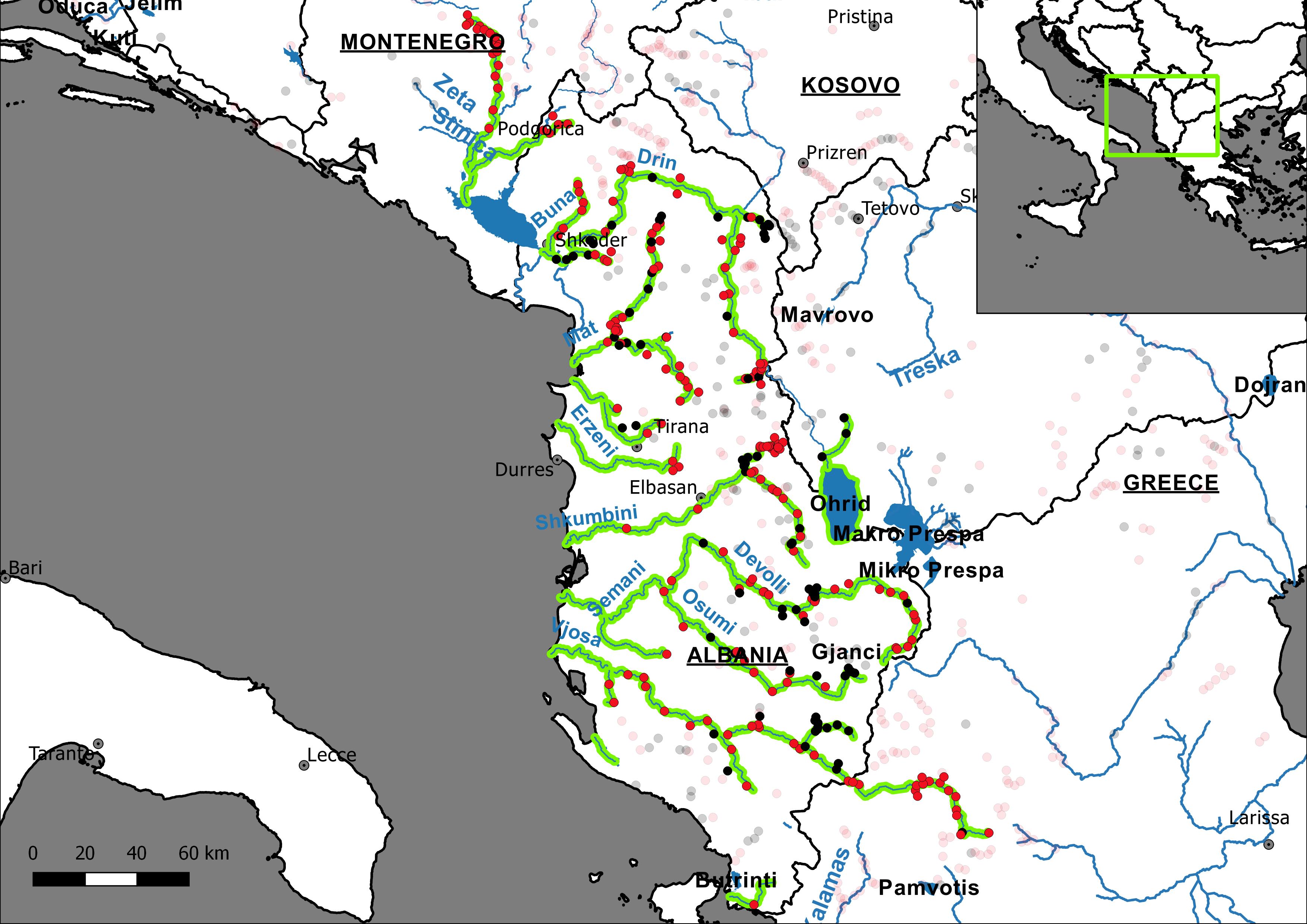