The Prespa barbel was thought to be endemic to Lake Prespa, but now many authors report that it is more widely spread in the southwestern Balkans and perhaps synonymous with B. rebeli populations from the Shkumbini, Semani, Vjosa and Dukati drainages in Albania (Marková et al. 2010). For the purposes of this report, we treat Prespa barbel as a species, and report the distribution of B. rebeli separately. In Lake Prespa, they reach 240 mm SL (Kottelat & Freyhof 2007). Prespa barbel are reported to spawn over springs or gravely shorelines in Lake Prespa (Kottelat & Freyhof 2007).

Three hydropower schemes in the Agios Germanos (Ayros) drainage in Greece could threaten spawning habitat there, along with that of Prespa barbell and Prespa trout. 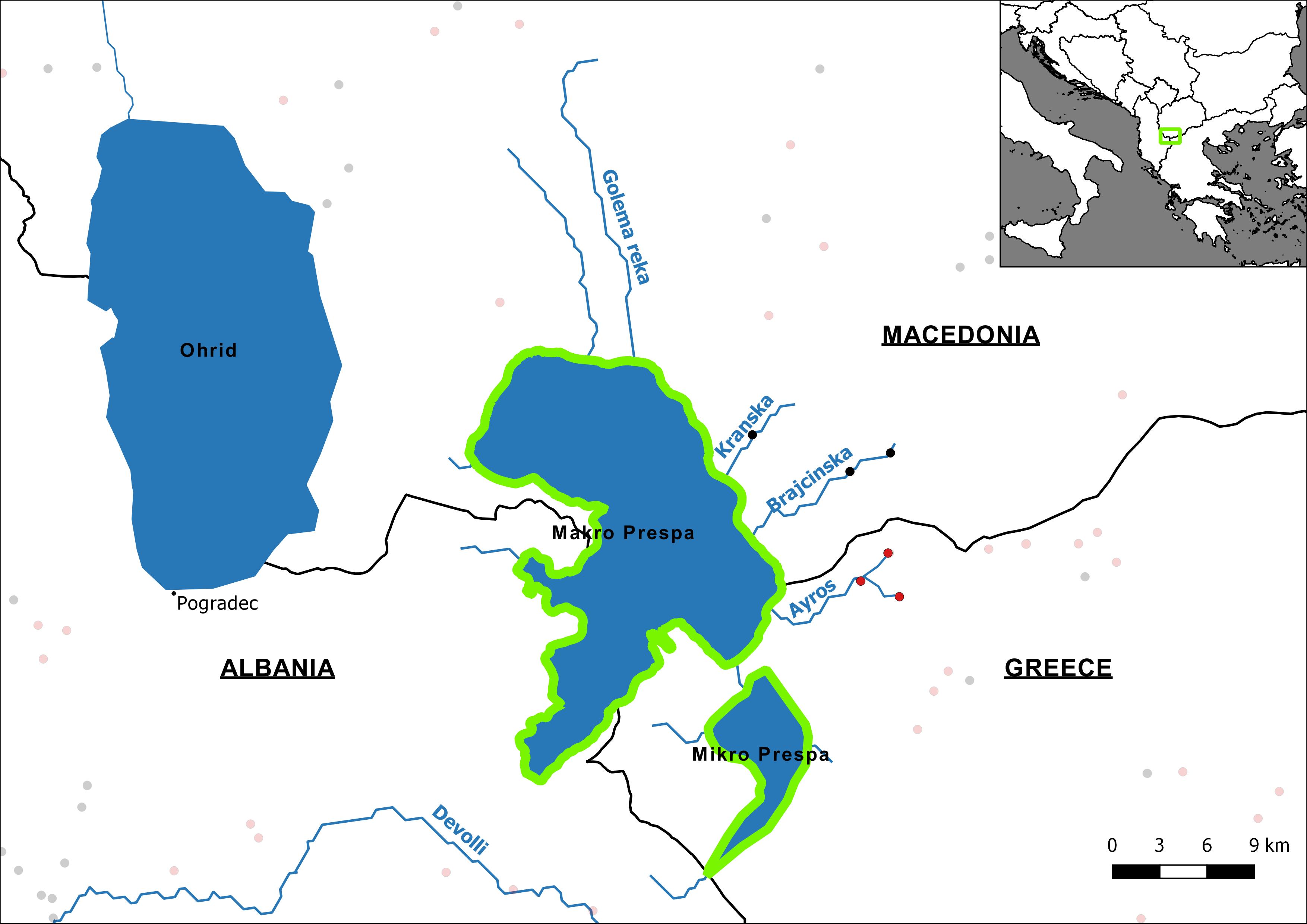