The Italian barbel is listed in Kottelat & Freyhof (2007) and Ćaleta et al. (2015) as endemic to the Adriatic basin. However, it is also reported from northern Anatolia (Dirican & Ḉilek 2012; Turgut et al. 2011). This large-sized (600 mm SL) barbel resides in deeper water of the upper to middle reaches of turbulent rivers (Ćaleta et al. 2015); it moves to shallow riffles to spawn. Listed as endangered in Croatia, largely due to dam construction as well as water pollution and the introduction of alien species – like B. barbus, it is a target of sport fishing.

Approximately 20 hydropower schemes across the Soca, Zrmanja and Krka drainage threaten to eliminate at least 75% of the Balkan range of this species. 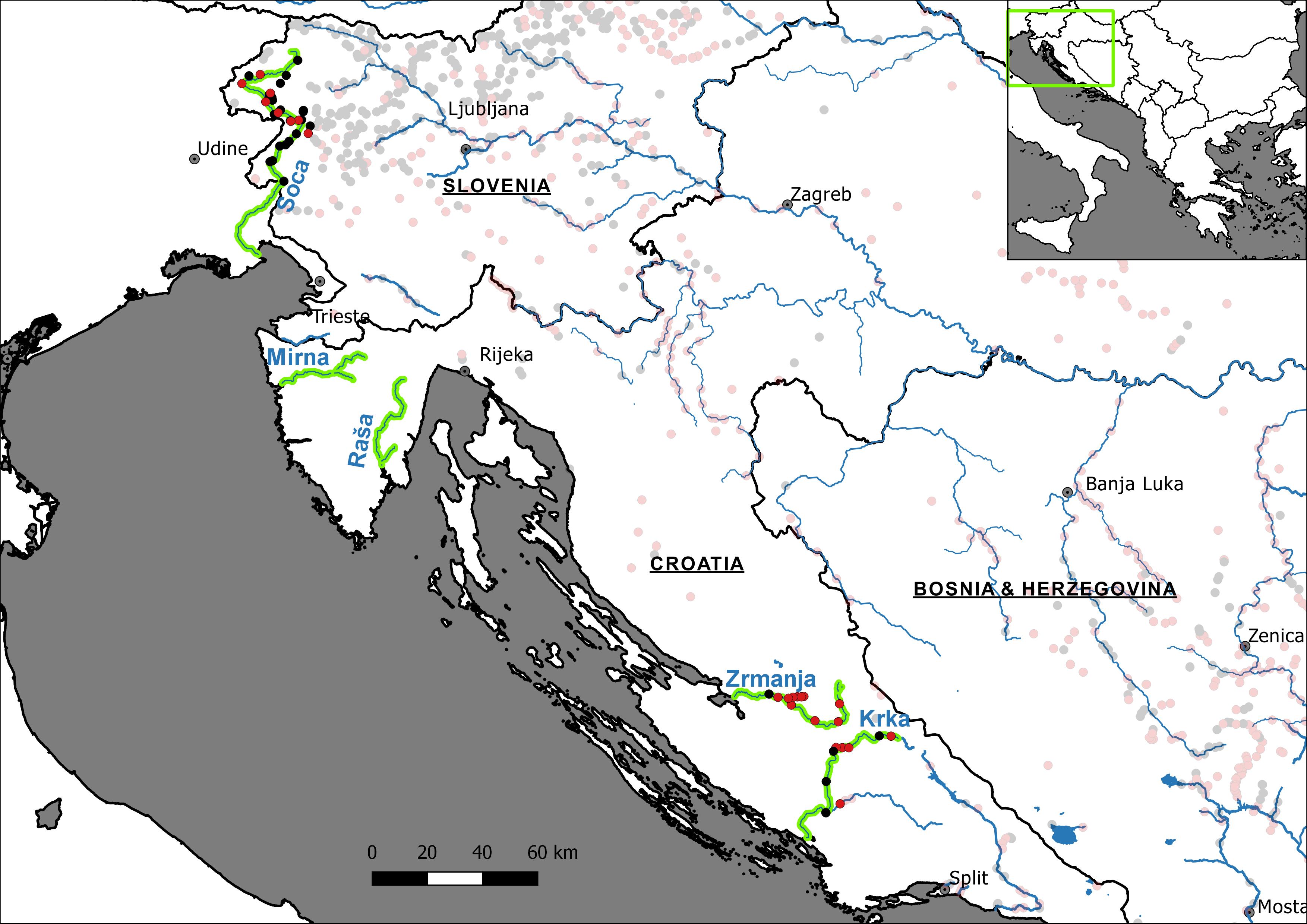