The Macedonian barbel is listed in Kottelat & Freyhof (2007) and Ćaleta et al. (2015) as endemic to the Adriatic Basin. However, it was also reported from northern Anatolia (Dirican & Ḉilek 2012; Turgut et al. 2011). A typical Barbel species, it resides in larger rivers fast-flowing water and stone to gravelly substrates (Kottelat & Freyhof 2007). Barbels are strictly rheophilic with respect to their spawning requirements – without access to flowing water and clean substrates they cannot reproduce. Adults can be somewhat tolerant of reservoir habitats but they normally do not reach high population size there and cannot reproduce in such habitats.

Nearly 150 dams are planned within the habitat range of Macedonian barbel. We estimate that at least 50% and perhaps up to 75% of their habitat in the study area would be destroyed if these plans were carried out. 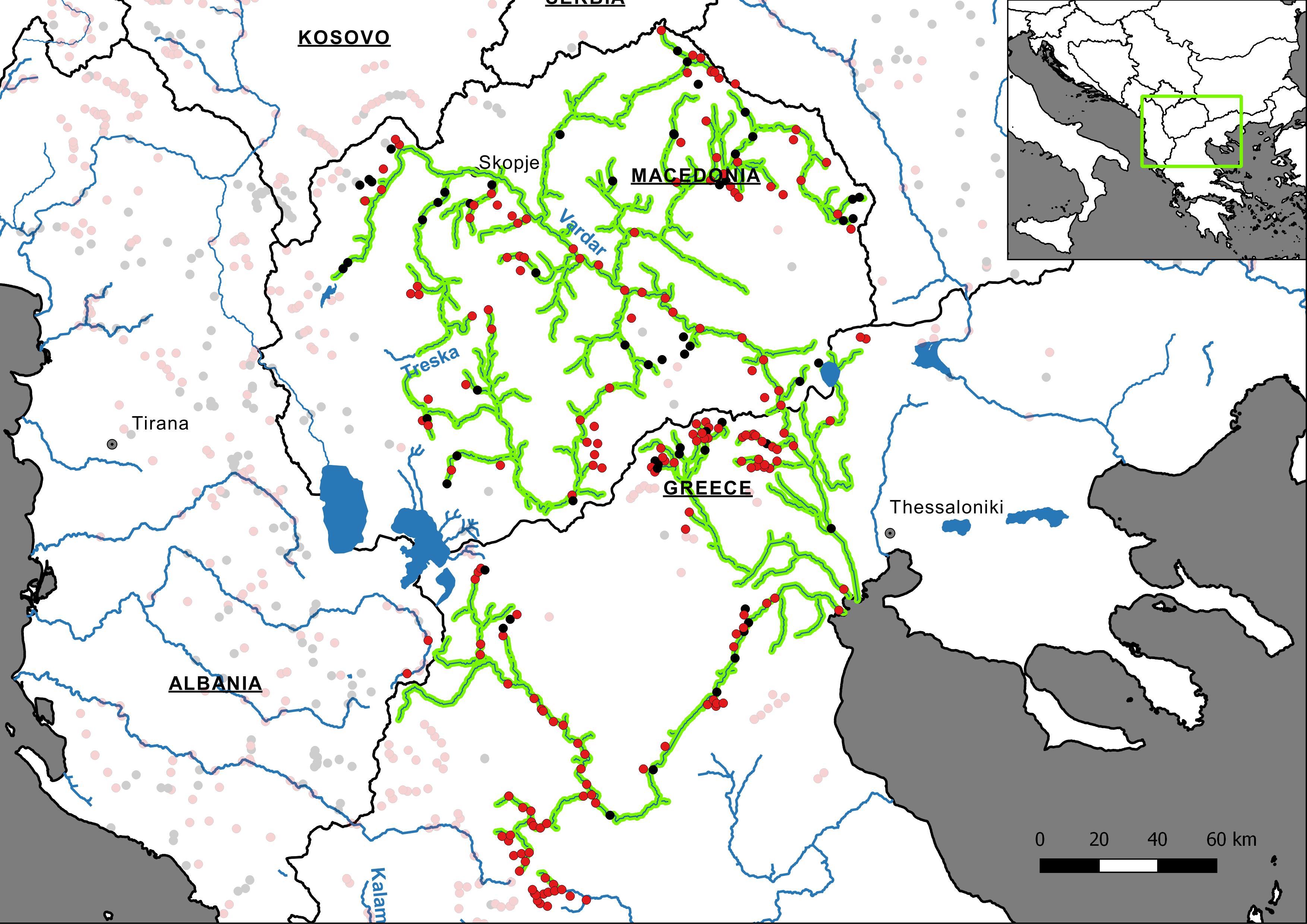