The Dalmatian Barbelgudgeon occurs in the Zrmanja, Krka and Cetina river drainages of Croatia, as well as small rivers in Livanjsko, Glamočko and Duvanjsko poljes in Bosnia-Herzegovina as well as lakes Buško and Blidinje (Kottelat & Freyhof 2007); recently reported from the Šujuca River, Bosnia (Benovics et al. 2017). Growing up to 200 mm SL, the species prefers more lacustrine habitats of karstic streams and wetlands; however, it is still considered very vulnerable to hydropower development (Freyhof 2012). It moves into subterranean habitats seasonally or during droughts (Ćaleta et al. 2009). 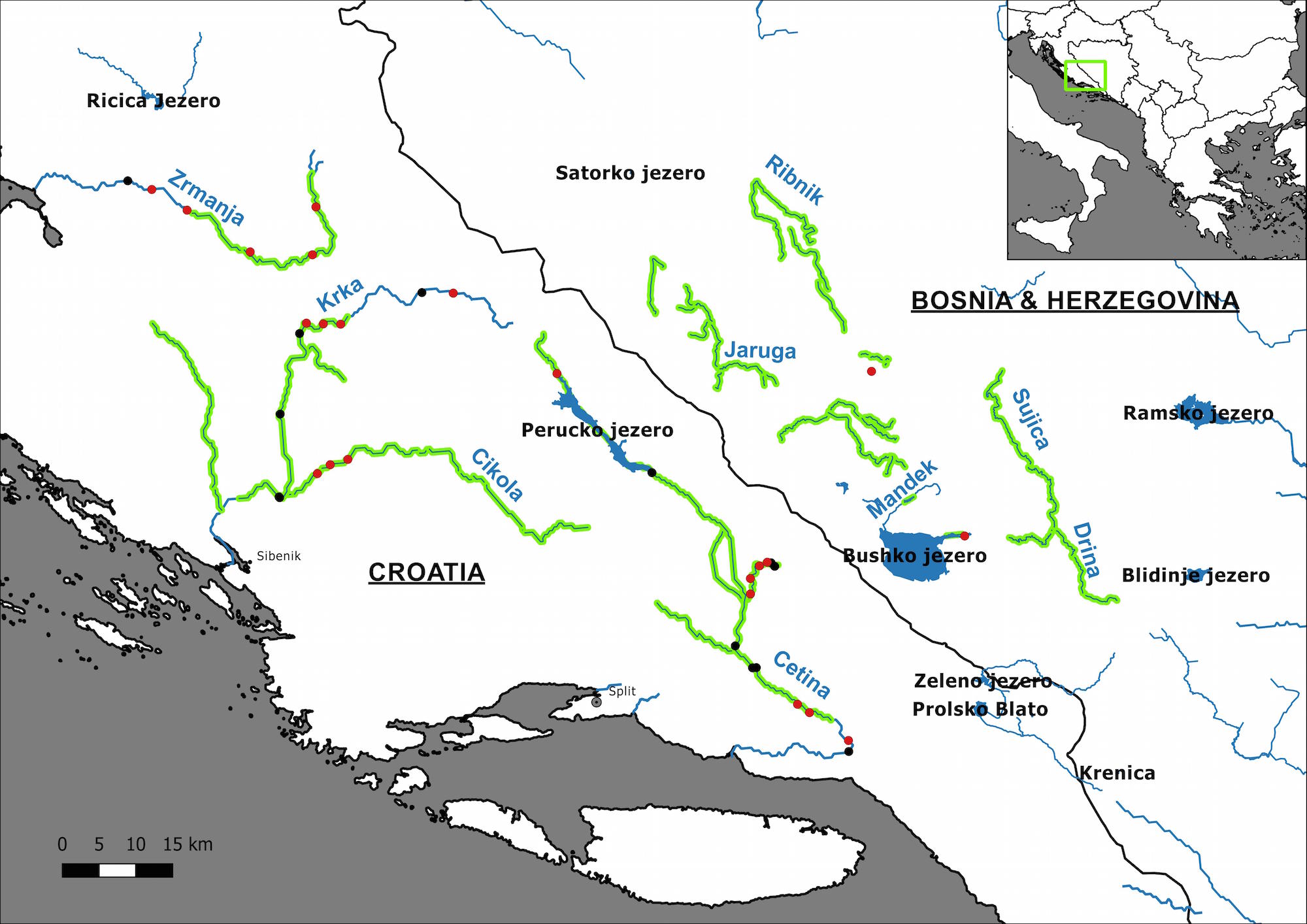