The asp is a widespread predatory cyprinid, reaching sizes of 800 mm SL and more than 10 years of age (Kottelat & Freyhof 2007). Found in large rivers and lakes but requires fast-flowing water for spawning. Asp undergo long migrations (up to 166 km, Fredrich 2003) and early life-history stages may additionally use floodplain habitats (Schiemer & Spindler 1989). Thus, despite their tolerance of lacustrine habitat, open river corridors (both laterally and longitudinally) are required to maintain riverine populations. In addition to the marked range on the map below, Asp are probably found in the lower 5-10 km of most major tributaries of the Danube and lower Sava and Drau rivers. Lake and reservoir populations always migrate into tributaries to spawn (Říha et al. 2013).

Nearly all of the Asp’s riverine habitat in the Balkan region is threatened by large-scale hydropower development. Up to 50 hydropower schemes on the Danube, Sava, Drava and Mur rivers could drive riverine populations in this region to extinction. 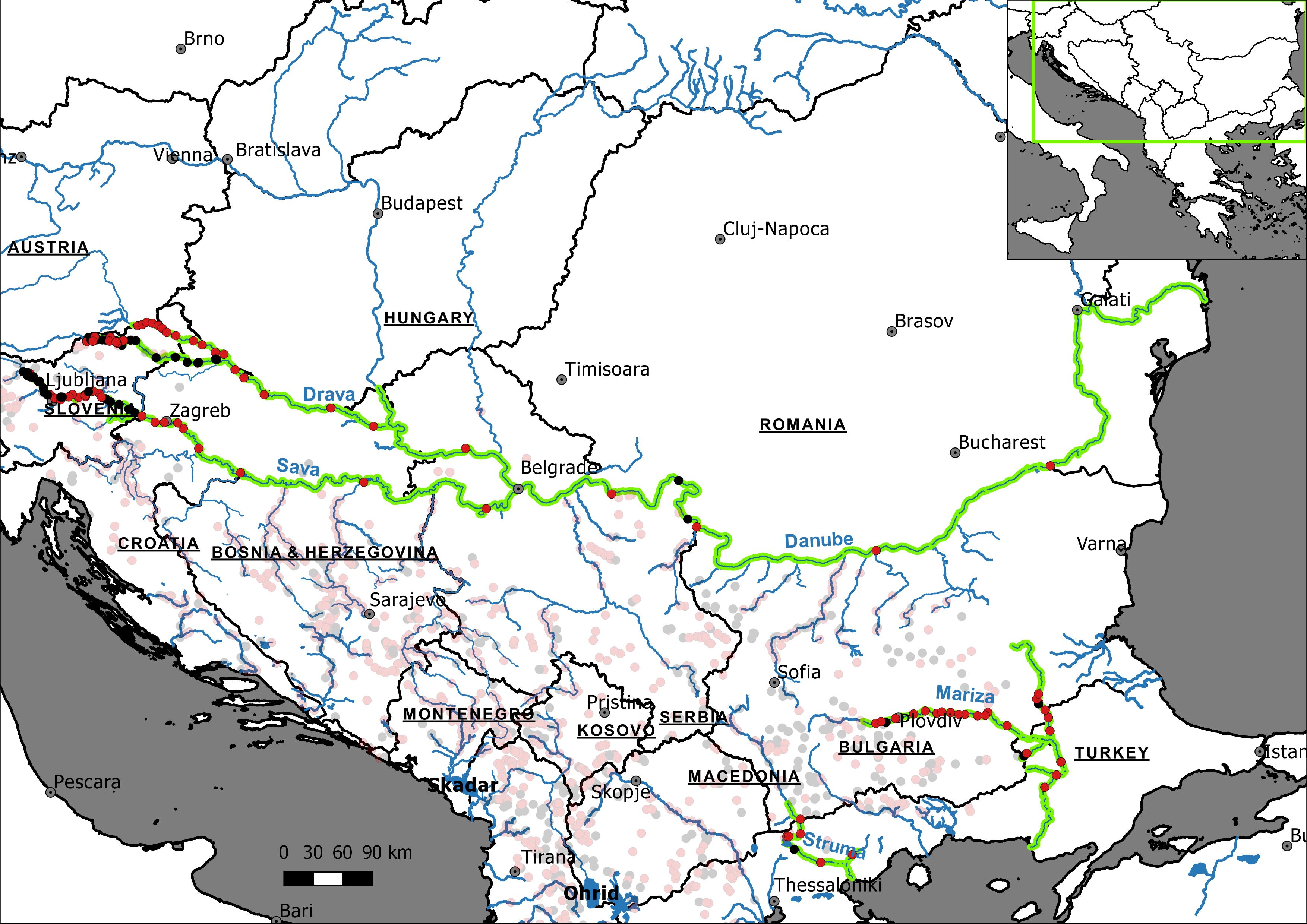